You can't always say yes, but everyone deserves to be heard, says McIver

Continued concern and angry voices were heard in the latest information session on the proposed Springbank Off-Stream Reservoir, Sept. 24, at the Edge School in Springbank.

Banff-Kananaskis MLA Miranda Rosin said there was a raw emotion in the room.

"I think the sediment we heard tonight means a lot. We had a lot of concerned voices, a lot of sad and scared voices and I think we heard a lot of angry voices whether those at the mircrophones or just screaming out and heckling from the audience. "

Despite that, Transportation Ric McIver and his panel did not sway from its belief that SR1 is the best flood mitigation solution to protect Calgary from flooding waters of the Elbow River. They said additional berming in Bragg Creek and Redwood Meadows will address the needs of those communities.

The crowd was not satisfied with that answer and continued to press the panel on undertaking the project on McLean Creek, in the Bragg Creek area.

Among them was Mary Robinson, who said she's offended by the lack consideration for communities west of Calgary.

"With all the conflict there's been with SR1, there's just so many things that are not good about it," said Robinson. "You said it will be good for people downstream, well, I'm sorry, but there;'s also a lot of people who live upstream."

A landowner in the Springbank area, she questioned the claim that talks are underway with landowners to purchase more land. Right now, the government has only 25 per cent of the 3,870 acres required for the project.

In an interview afterward, McIver said his department welcomes the opportunity to purchase land on a voluntary basis. Some owners have stepped forward, and others have said no. Until the project is approved, the government has not other avenue to acquire land.

"I suppose if there's any of the landowners that they feel like they want to talk to us, that feel like they've been neglected--I hope that's not the case--I would suggest they get on the phone to us because we're most interested in talking with them."

McIver ruled out the possibility of drought mitigation and recreational opportunities for the project, whether it's at McLean Creek or its proposed location west of Springbank. He says this would be included in a proposed project at one of three locations being studied on the Bow River.

"The drought mitigation, the recreational opportunities, perhaps the opportunity for hydroelectric power would be on the Bow River, where there's enough water for it to make sense," said McIver.

His claim that the McLean Creek option examined was never to include any of those, has been questions by Karin Hunter, Springbank Community Association president.

"They referred to MC1 as having only a "small catchment pond" that is only useful to retain silt and debris. This is misleading and borders on willful misrepresentation of facts. It appears this panel of experts has a selective memory regarding this matter." says Hunter, pointing to commissioned reports of the government.

McIver says while he's been in Springbank before the discussion SR1 and heard similar comments, he doesn't discount the value in receiving further input.

"We listen to see if there's something we can learn, if there is something we can give better information on, something we have overlooked," says McIver. "Everybody here that was for this or against this are all my bosses of the government that I'm part of and they deserve to be heard. I'm here to listen."

He doesn't expect everyone to agree with the decision.

"You can't always say yes to everybody. In a different part of the province, you can fill a room with people that all want it really badly. I'm not criticizing either group. They're all Albertans, they're all my boss, I need to listen to them all, and make a good decision about providing flood mitigation for southern Alberta."

He has no difficulty with MLA Rosin's continued opposition to the project.

"Miranda and I have talked about this. Her belief is that her bosses don't like this, and she's backing them. So, she's been a stone in my stone, but it's not personal, it's professional. I respect her very much for that."

With social distancing being practiced, about 50 people listened first-hand to the panel, while over 100 tuned in via Zoom.

A second meeting follows in Bragg Creek on Oct. 8, also with in-person and online options available.

Rosin says she expects the crowd in Bragg Creek to be even feistier. 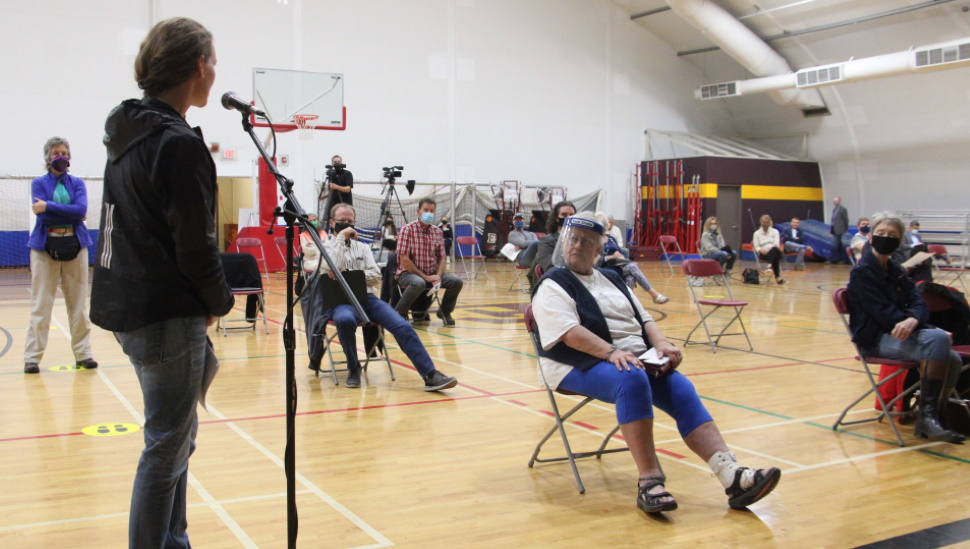 Karin Hunter, president of the Springbank Community Association, encouraged those in attendance to join the opposition to the project. 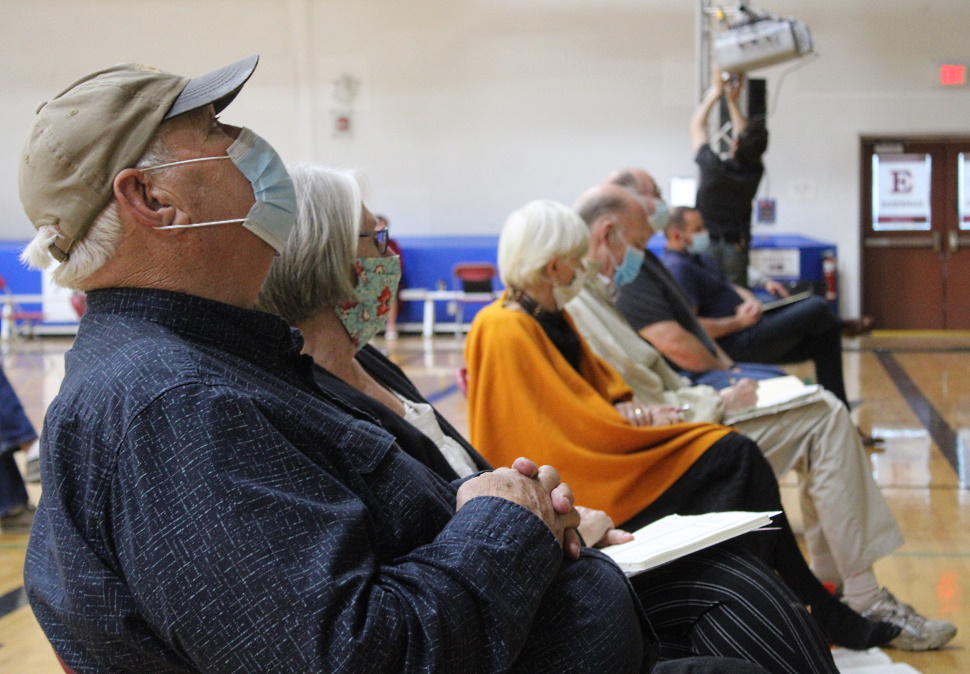 Attendees look to the screen to view the presentation. 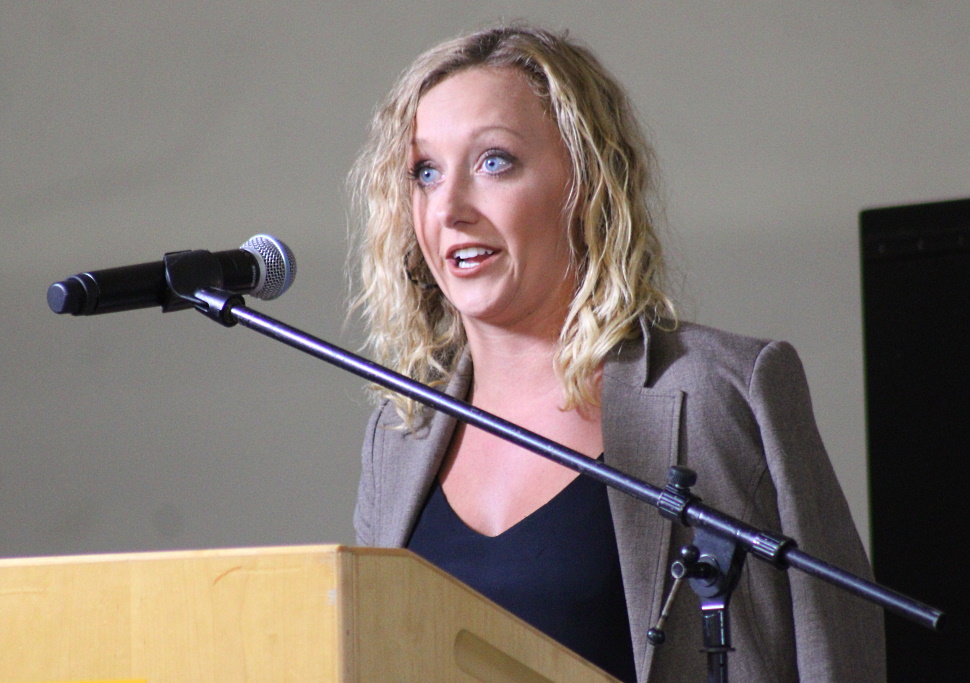 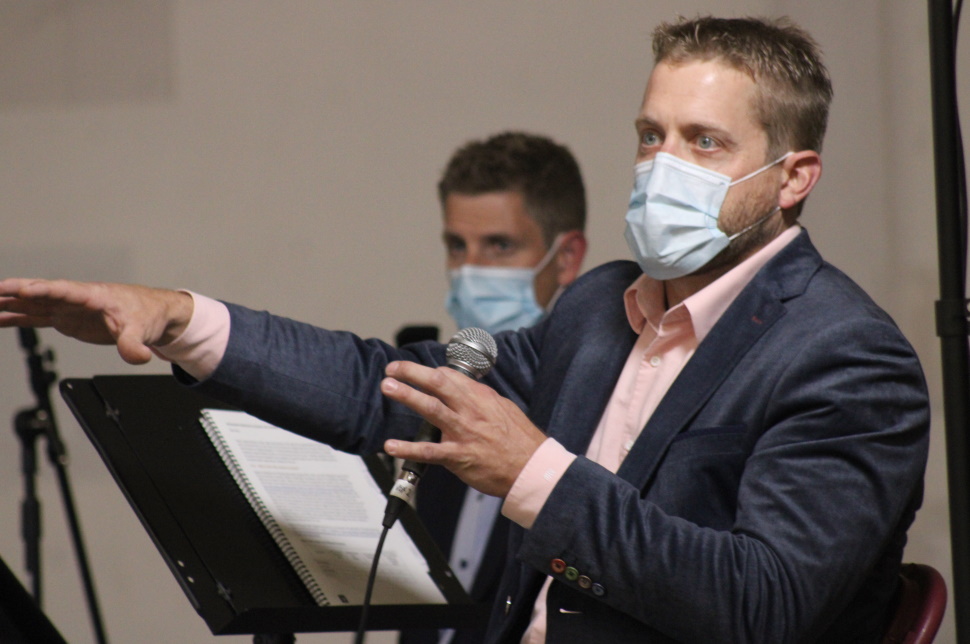 Matt Wood, one of the panelists. 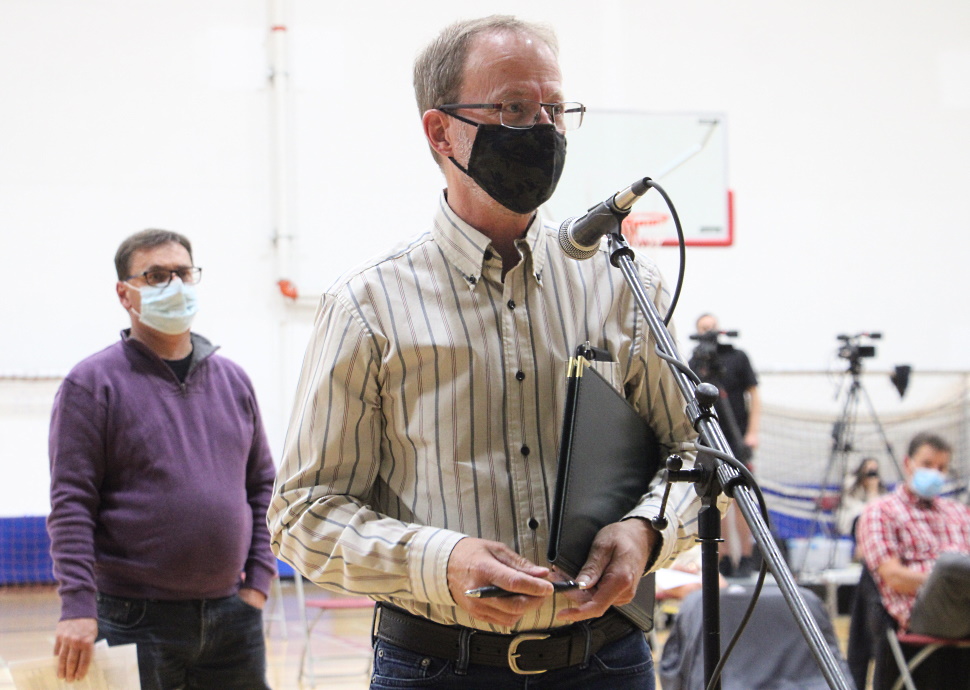 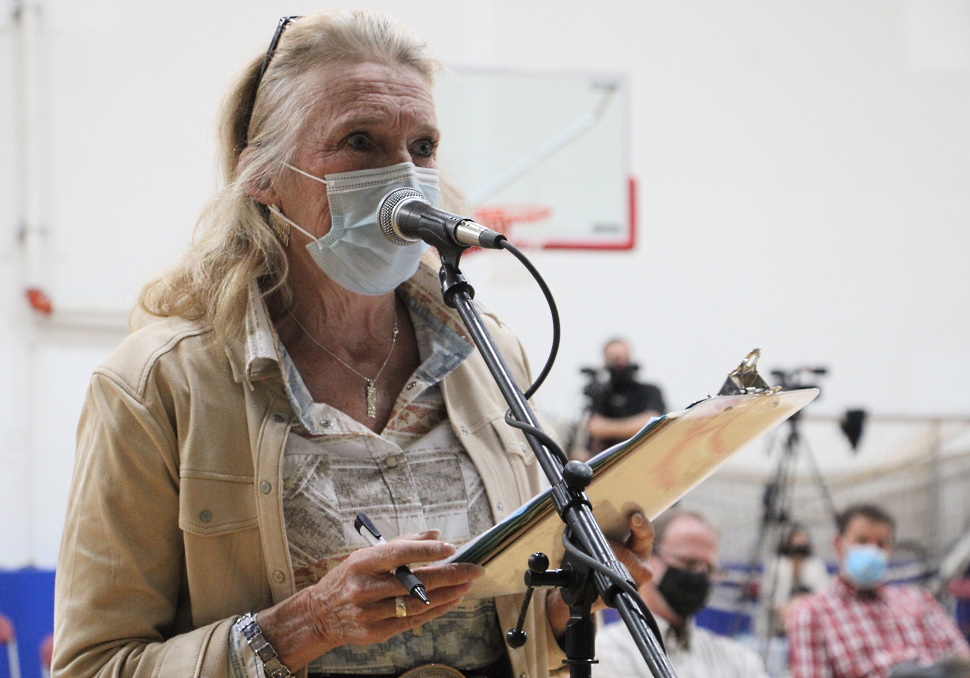 Grayson is CochraneNow's Kid Of The Week

Looking for a new form of entertainment? Try out storytelling

Motorists are reminded to be prepared for winter driving emergencies