Both Cochrane High senior volleyball teams are heading to the ASAA 3A provincial championships in Westlock after winning gold at the South Central Zone finals.

The Cochrane Cobras senior girls volleyball team head to the 10-team provincial tournament ranked number one. They'll be joined at provincials by the Springbank Phoenix, who earned the only wild card after winning silver at zones.

The senior girls were perfect through pool play and their semifinal match against the Brooks Buffalos. They lost the first set of the finals to the Phoenix, then bounced back to win 25-20 and 15-4 to claim gold.

The senior boys are ranked ninth and open their tournament against Morinville after beating Springbank in straight sets to claim the zone title. Just a few days earlier, the Cobras beat the same Springbank team for the Rocky View Schools (RVS) title.

"There's this tradition of making it to provincials and knowing the hard work and resiliency it takes to get there. These girls have walked the halls, they've talked to talk, and now get to represent the Cochrane Cobras at Westlock."

The George McDougall Mustangs rounded out the senior girls' medals, making it was a sweep for Rocky View teams.

"To have top three RVS schools at the South Central Zone level says a lot, and we received the wild card again this year."

Past success plays a role in determining who gets a wild card into provincials. Due to the pandemic, there was only one when there's traditionally three. Cochrane High and Springbank have consistently either won or placed high in recent provincials. Springbank won it in 2019, and Cochrane High claimed gold in 2018 and silver in 2017.

The Cobras junior boys and girls team won silver in their zone finals, which also included larger 4A schools.

Cochrane High hosted the junior girls' zones that attracted a full complement of 10 teams. Because of the high interest in the tournament, a playoff was held to determine the final two spots.

The Cobras swept their pool, then beat Brooks in the semifinals to earn a berth in the final against the Foothills Composite Falcons, who were also undefeated. The Cobras bounced back from a 25-18 loss in the first set to tie the match 25-16. HTA won the rubber 15-13.

Jr. girls team captain Hannah Hurtubise says she's proud of her team. She says they all played their best and were down quite a bit in the third set but dug deep to stage a comeback that fell just short.

"I know a lot of us are very emotional right now, but it's happy tears as well because it was a great season and we're going to miss it."

She says they welcomed the return to play.

"It's been amazing because we've had no competition for a couple of years, so it's been really boring to just practice with nothing to work towards. With this, we've been able to work towards the final goal of zones, and it has been awesome."

Jr. Girls head coach Mike Sieben salutes his team on their incredible season. Up until the zone finals, they had won all their matches in regular season and tournament play.

He says the team members aren't just solid athletes, they're good people, too.

"They're so friendly and helpful to each other. When they had a chance to play in a team environment again they just sucked it up right away. They gelled and played well and won lots of games."

First and foremost, though, he says it's great to be able to play again.

"They haven't had a chance to play a competitive game in two years. It took a little while to get back to that point, but now they're back into the mode where they know what sports is like again, so it was a lot of fun to be able to do that."

The junior boys beat the George McDougall Mustangs in the semifinals to face the Strathmore Spartans in the final.

Rocky View includes their grade 9 students on their junior teams, while other divisions restrict play to grade 10 and 11 students.

"Because they play at this level, it sets us up for success in our Grade 11 and 12 years. They just get better games under their belts, and there's great coaching at the high school level."

"When you're the bottom fish, you swim extra fast to keep up with the taller and bigger fish."

At the senior high level, the teams no longer compete against the larger 4A schools at zones. They exclusively play 3A schools. 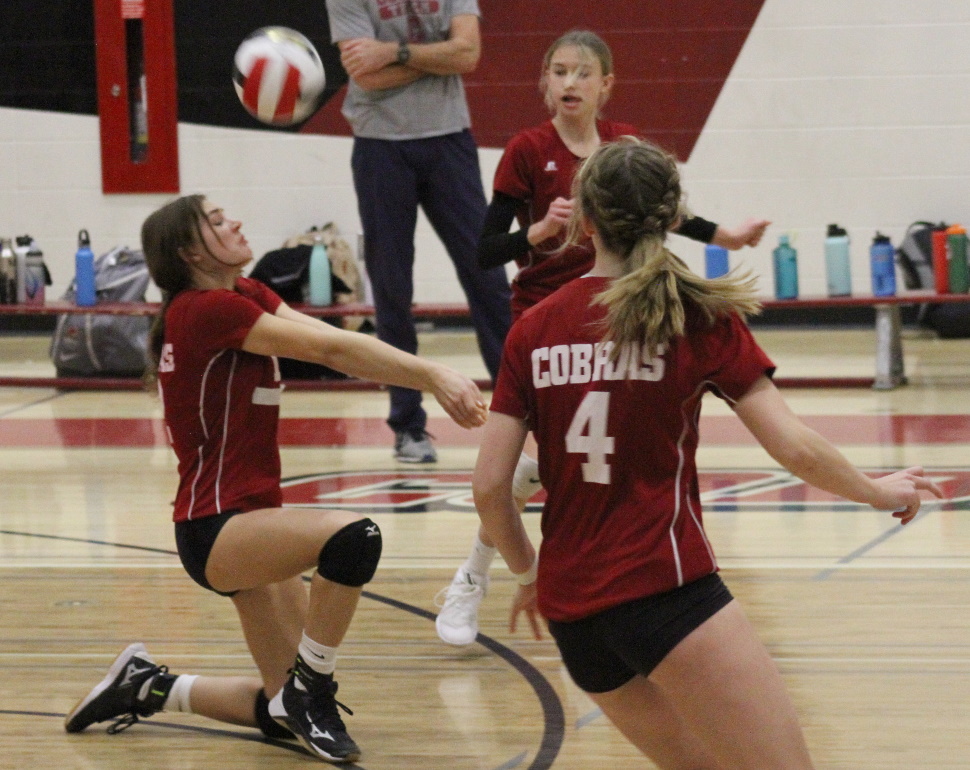 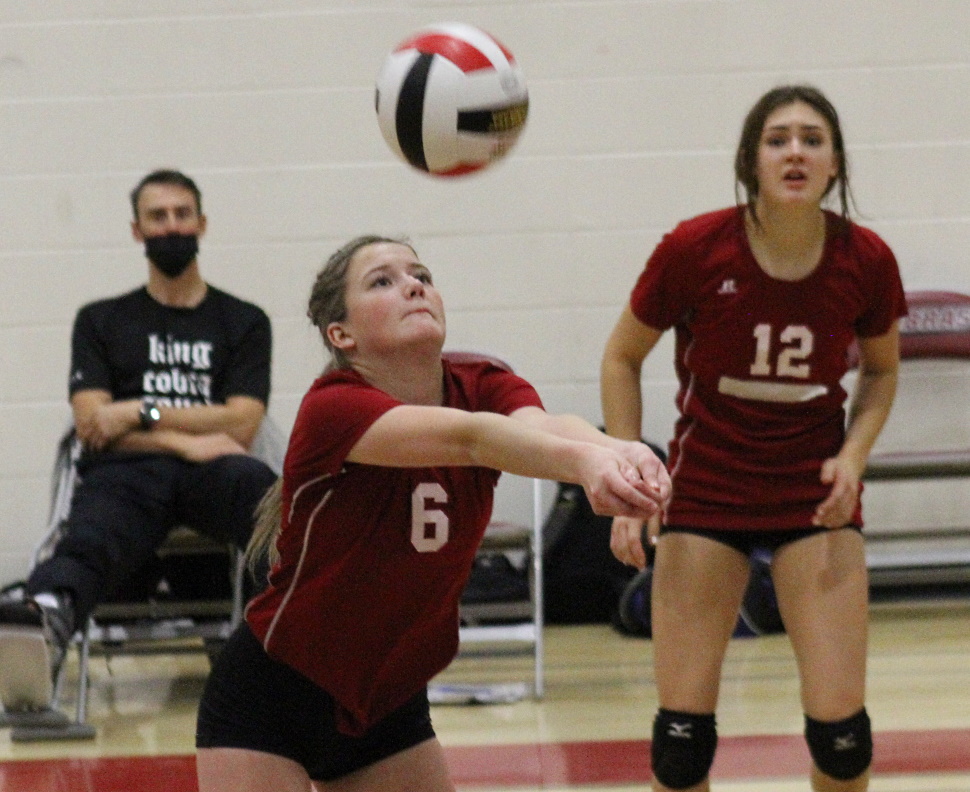 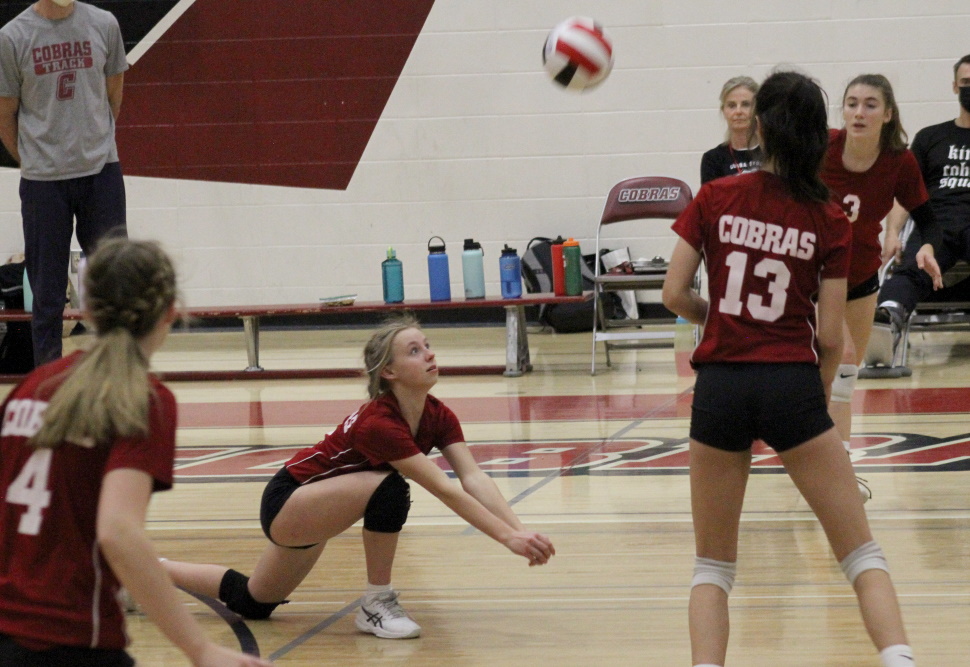 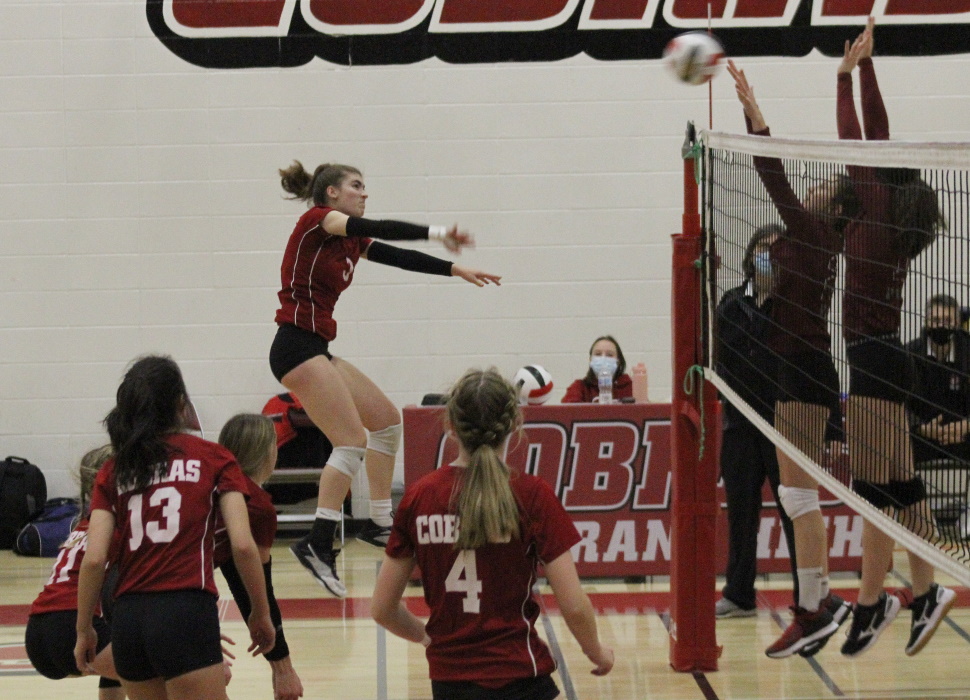