The cross-town rivalry is alive and well between Bow Valley and Cochrane High basketball teams.

In a much anticipated Jan. 17 matchup, the Cochrane Cobras boys senior team overcame a third-quarter deficit to win 74-65 and remain undefeated in their first two games in Rocky View play.

The junior boys' matchup went the other way, with the Bobcats winning their first game against the Cobras in years, 65-49.

Both were intense matchups and by the time the senior boys' game started, the Cobra Dome was overflowing with fans to fuel the atmosphere.

"I love the noise, and I love the stomping, the chanting, I love that atmosphere," says Cobras head coach Patrick Court. "I love the kids playing in front of a full crowd. it really means a lot more to them."

While concerned some fans cross over the line, Bobcats head coach Kris Nielson says it adds to what's happening on the court.

"It was an exciting game. I think it's good to have that kind of atmosphere at our games. If you were at that game, you should have been entertained," says Nielson.

The game was fast-paced and physical from the opening jump ball.

"In the first half we kind of got punched in the mouth, and it just took us a minute to recover," says Coach Court. "Then in the second half, our guys took that defense personally. They wanted to do better and be more committed to preventing the wide-open shots."

The Bobcats hit some big threes in the third quarter and went into the fourth with the lead.

Court says those outside shots were something they discussed heading into the fourth.

"We had them commit, saying you know what, you've got to take the responsibility, you've got to own that matchup and try and prevent those shots from going up. So it was just a team-committed effort on the defense that helped to turn the tide for us."

"I thought we had a pretty good beginning of the game. I think we leveled off and ran into some foul problems and had to sit guys for extended periods of time, and that hurt us. Then we just got outworked in that fourth quarter," says Nielson.

Nielson believes they haven't yet shown their full potential.

"I think we have the best team in the province. We obviously have to prove that day in, day out. We can't take any days off and we need to work hard. We're not huge, we're not big, and we won't outmuscle people. We have to do it with our game and our gameplay. We let ourselves down in the fourth, but we're certainly capable of it. It's just a matter of refining what we're doing, and making sure we're doing the right stuff."

Court believes the Cobras, the defending provincial champions, continue to have a strong team.

"I feel like we're a tough team to beat when all five on the floor play team basketball. We're a fun team to play."

Court gives shout-outs to Bobcats Paulo Cuesta and Ethan Horb, calling them tremendous players. For the Cobras, he praised the hustle of Brayden Chamberlin, Simon Baker, their leading scorer on the night who also put up a tough defense, and team leader point guard Will Jacques.

Beyond Rocky View play, the Bobcats have three tournaments under their belt but with some players battling illness they went into each shorthanded. They have three more in February, and now have a healthy roster.

The Cobras have only played in one tournament so far this season, losing both of their games against strong 4A schools at Raymond High's Sugar Bowl.

Court says they were trounced by Raymond, but it was a valuable learning experience for the players.

"It was eye-opening for these boys to go and say we're pretty good, but they're really good, and they've shown us how we can be better. Getting our butts whooped at a 4A tournament shows us where the deficiencies are and where we need to improve. I think that's been a help for us going forward, give us a little more resilience."

The only tournament both teams appear in together is the hometown Cochrane Classic, Feb. 10-11. It features eight senior teams and an equal number of juniors, with games both at Cochrane High and Bow Valley. All are from 3A schools, and among them are some teams they will likely see down the road.

In Rocky View play, the Cobras are now 2-0, winning their first game against the George McDougall Mustangs, 90-77. The Bobcats are 2-1, after beating the Chestermere Lakers, 67-54, before dominating the Springbank Phoenix, 101-28, in their home opener. 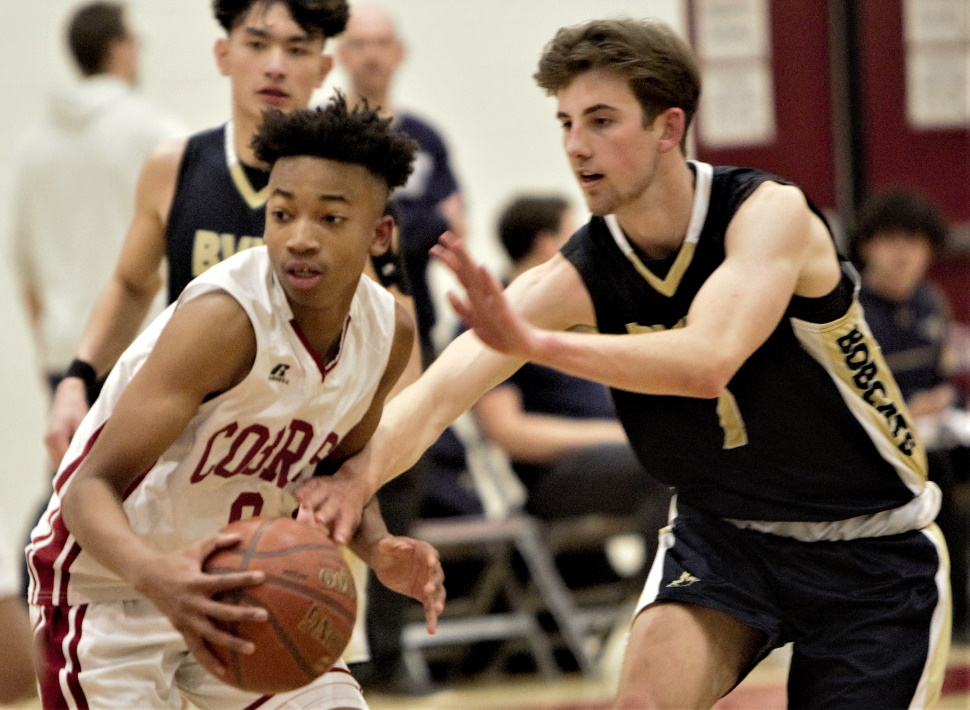 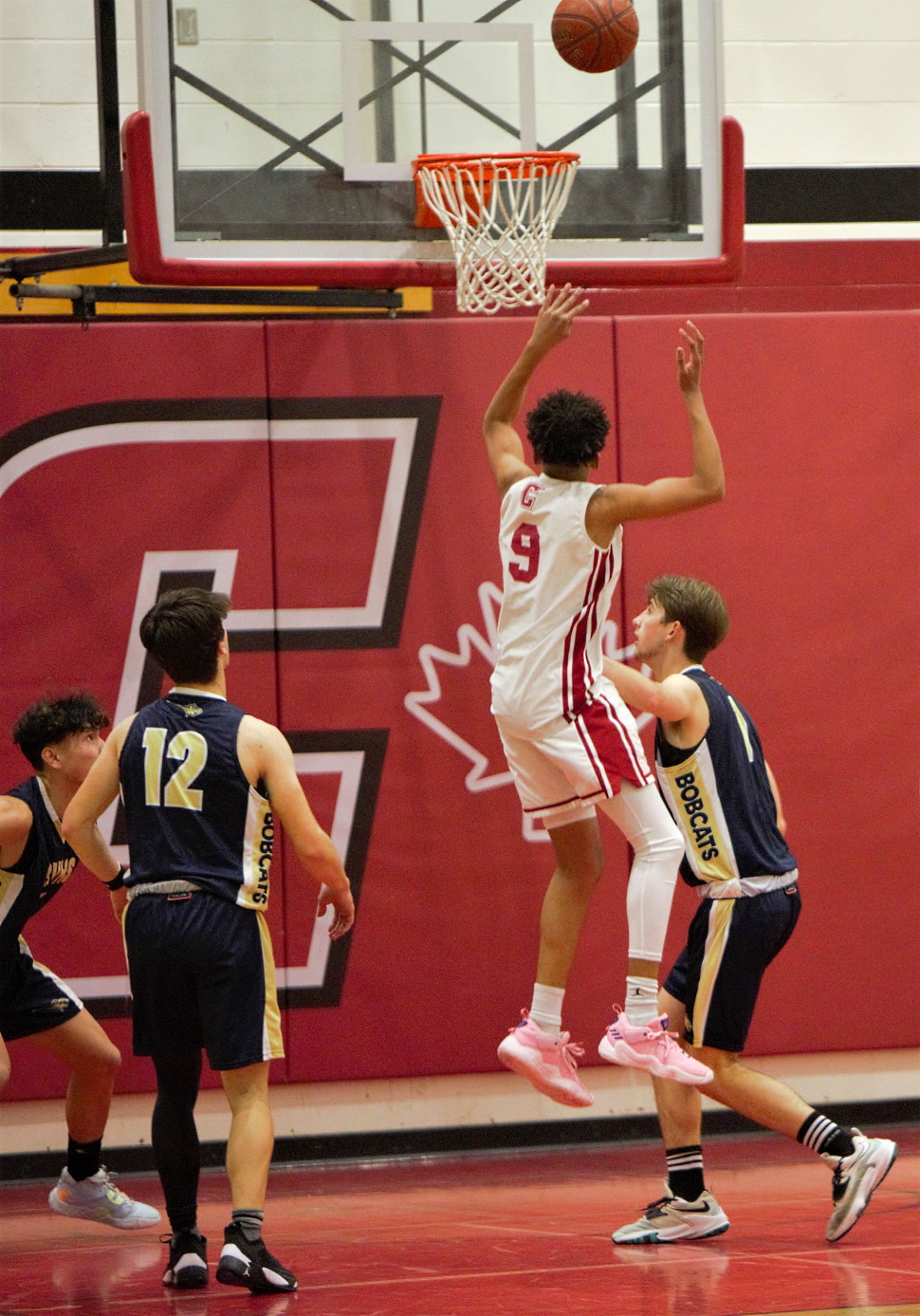 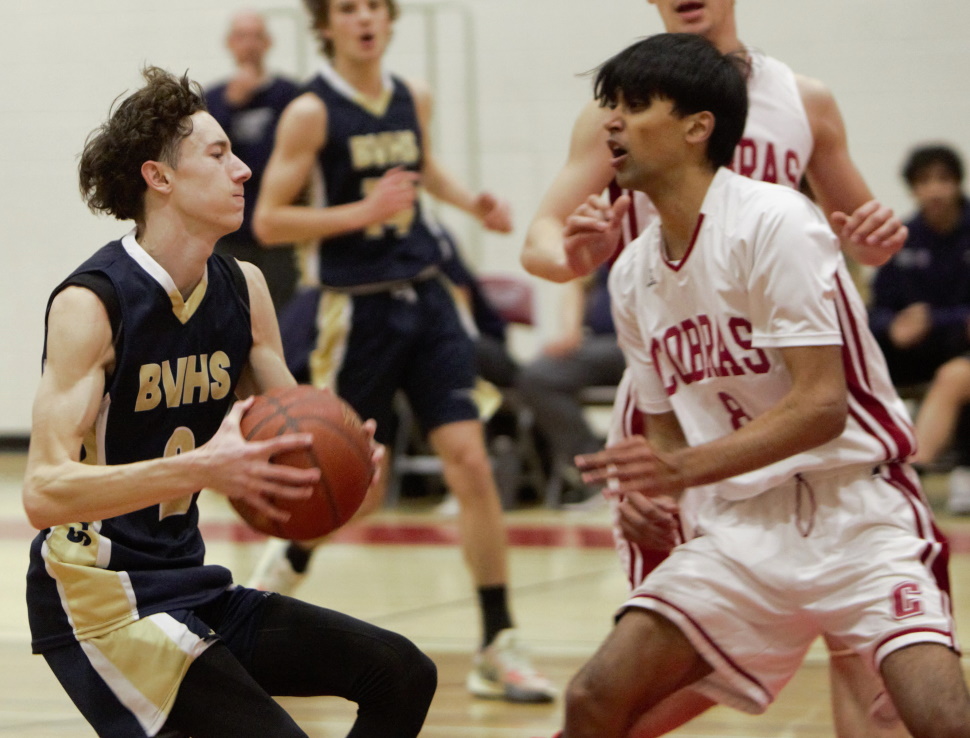 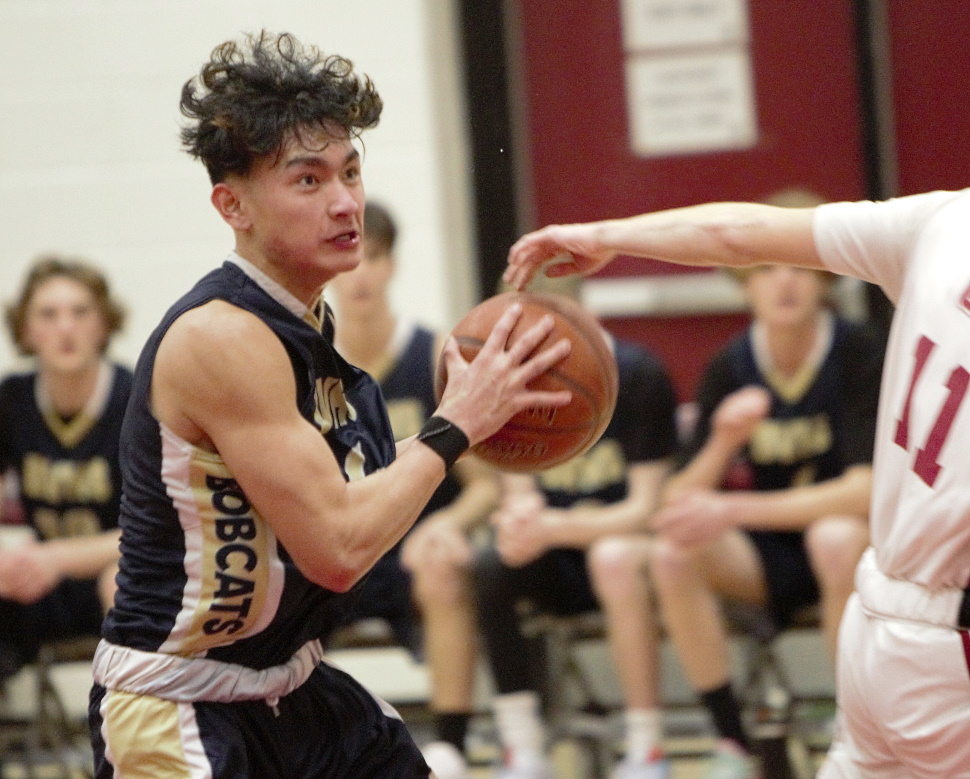 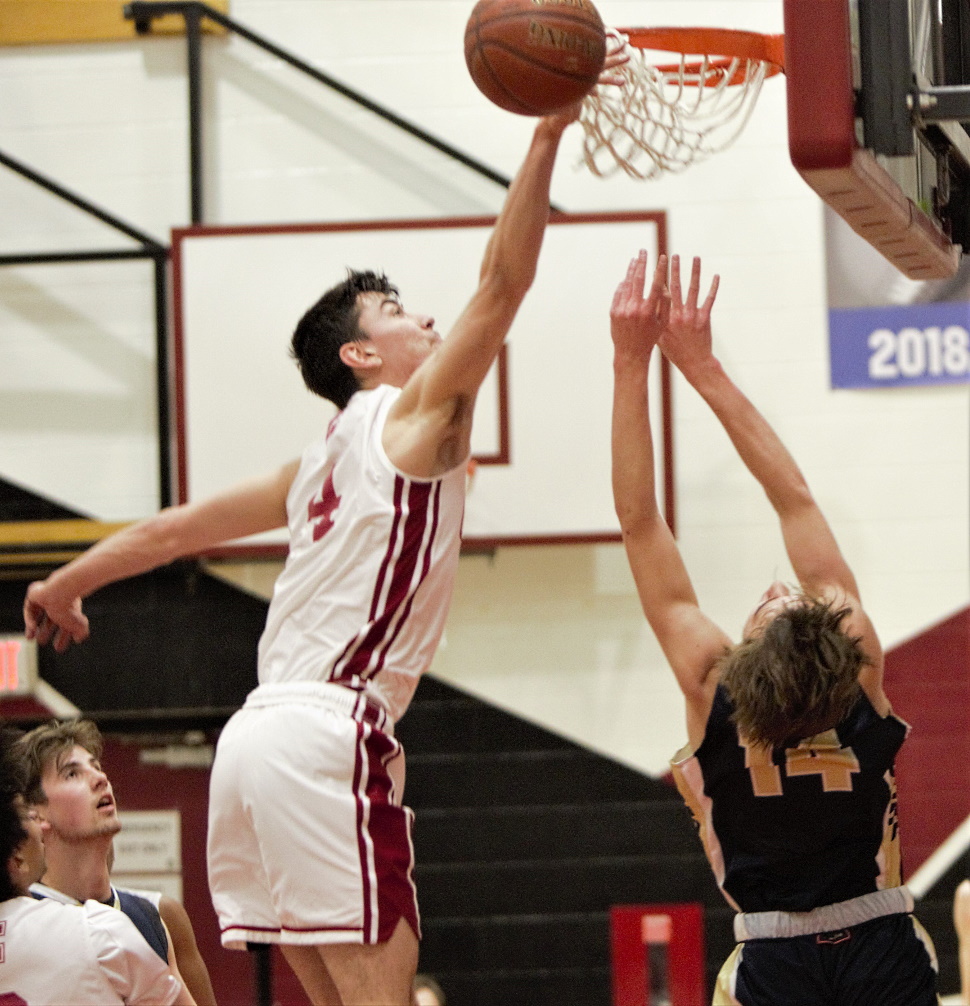 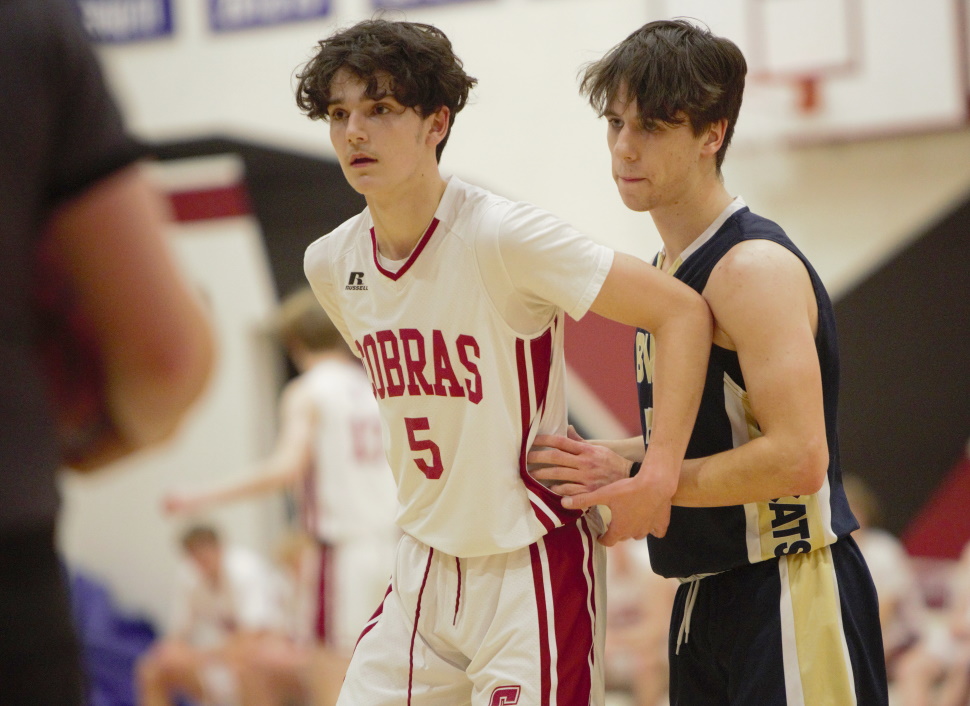 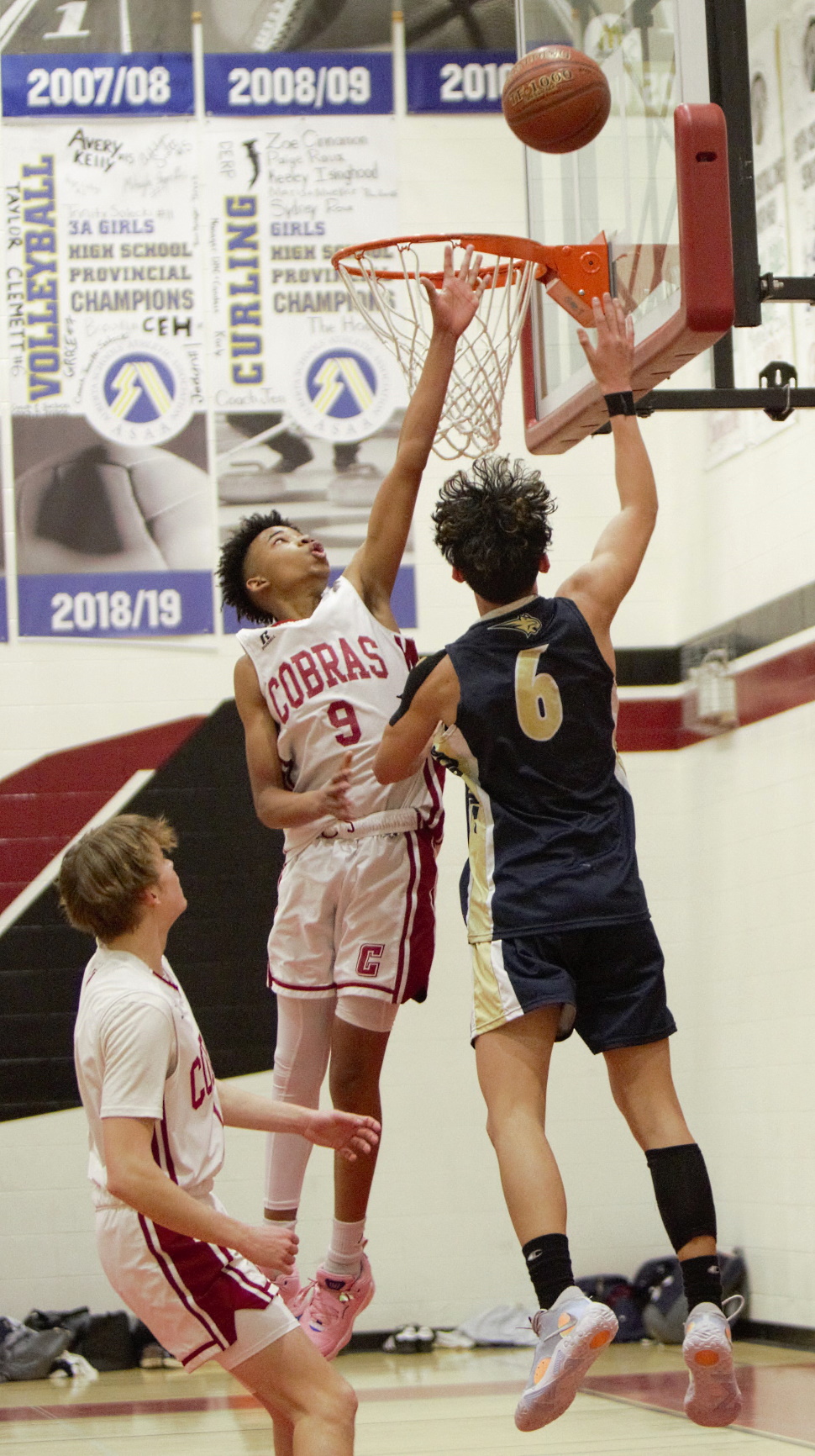 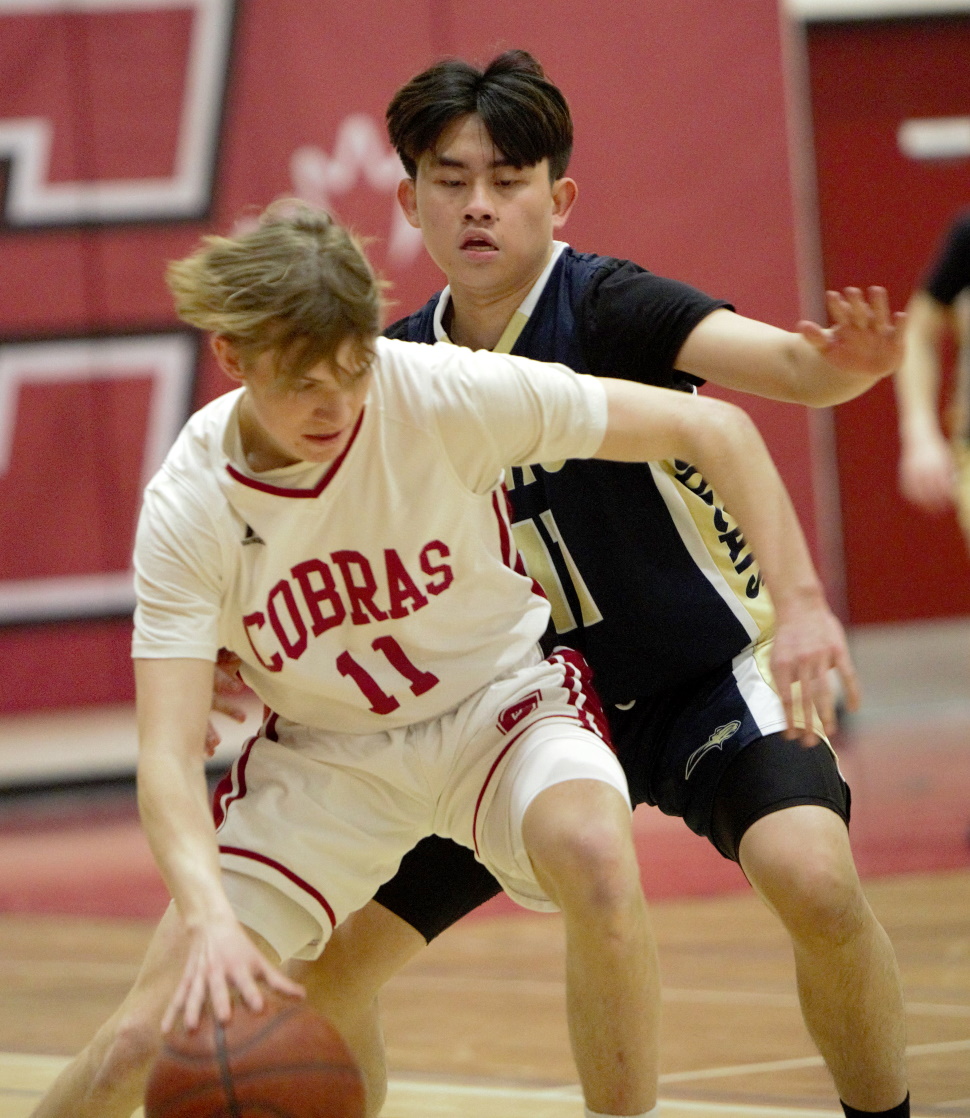 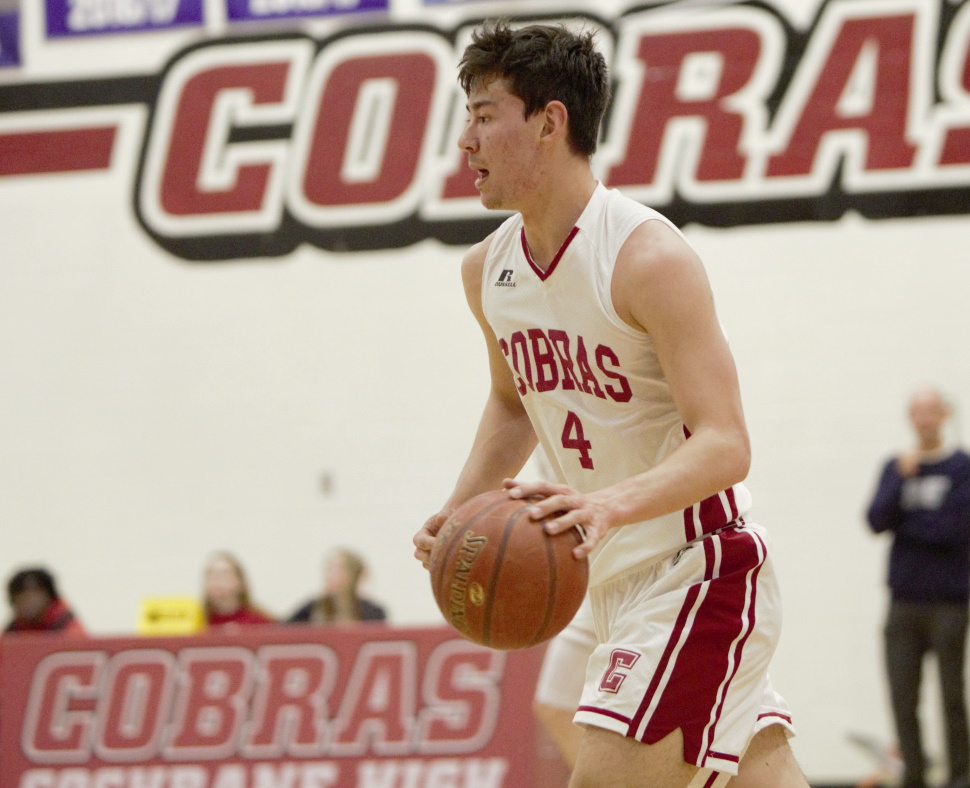 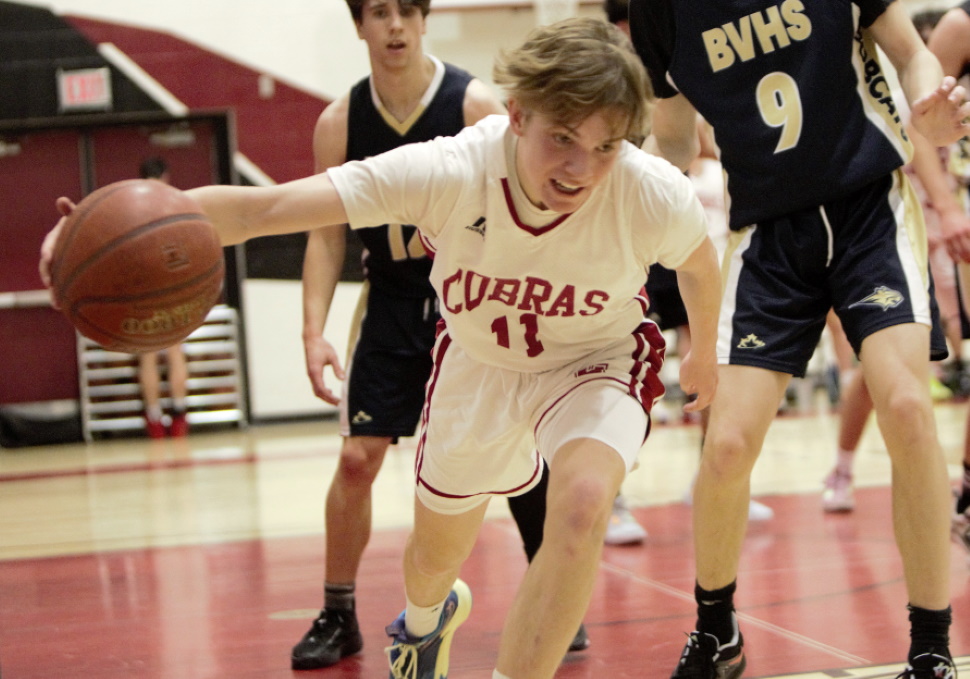 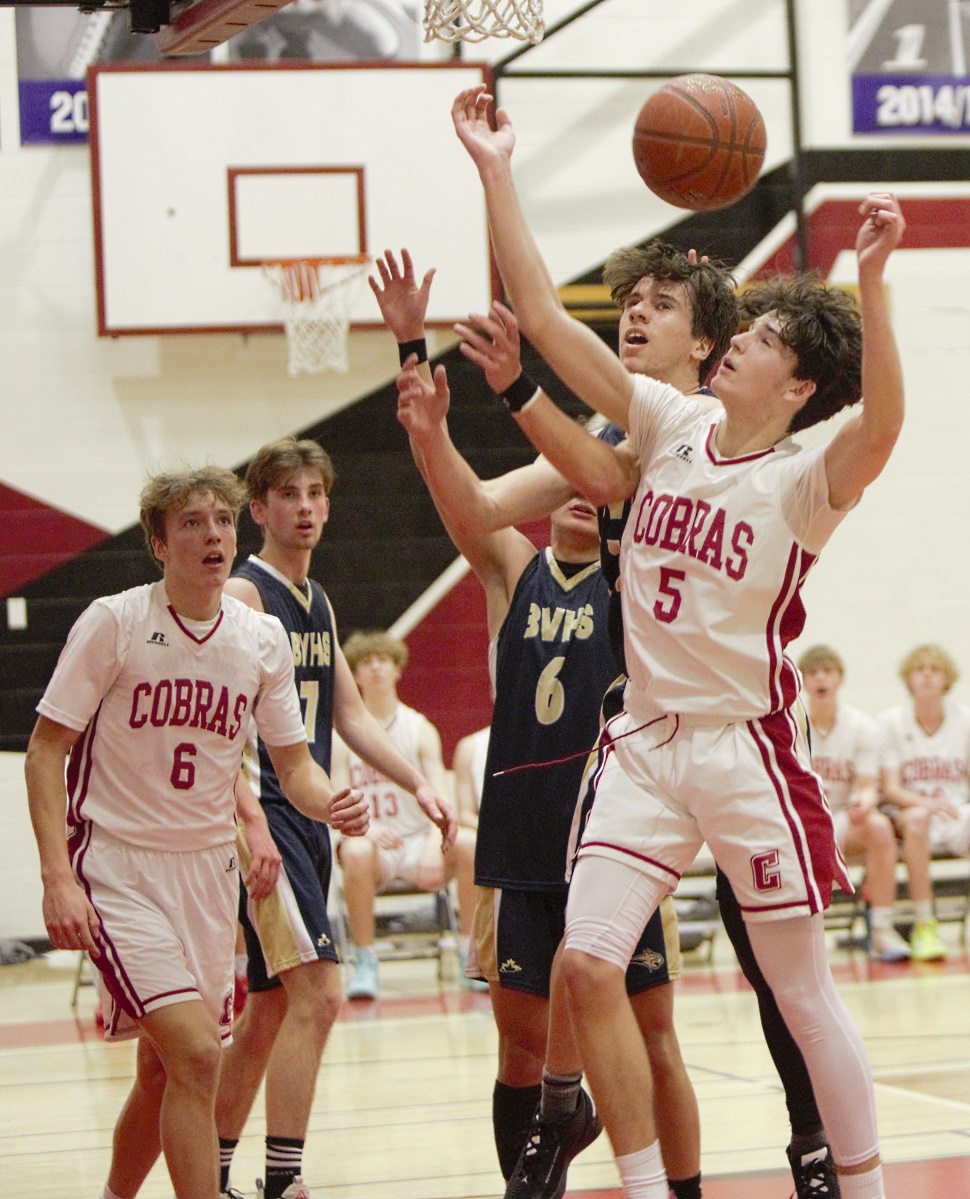 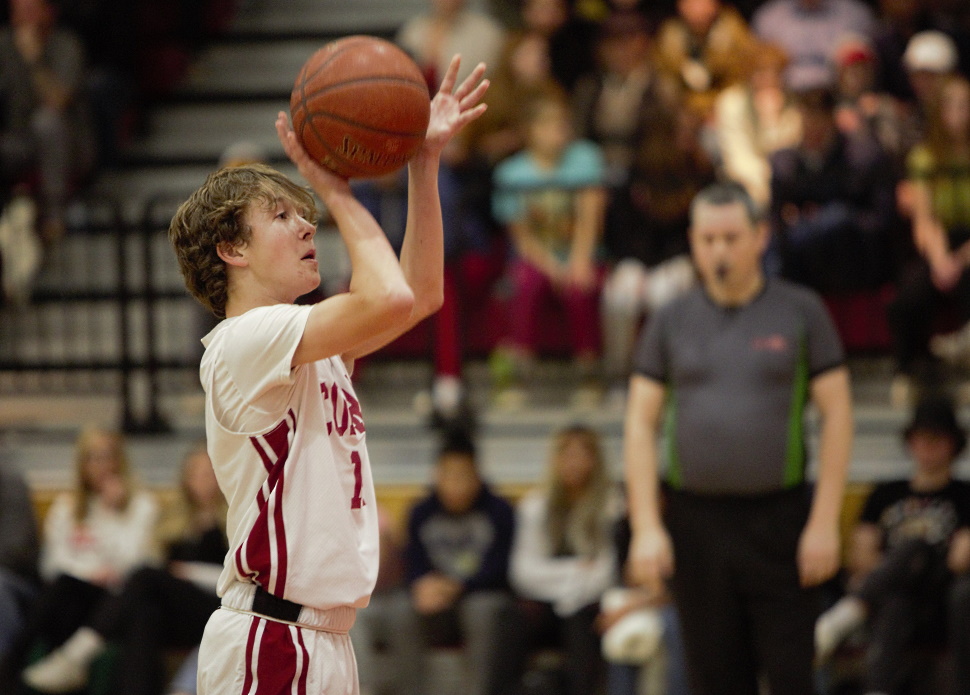 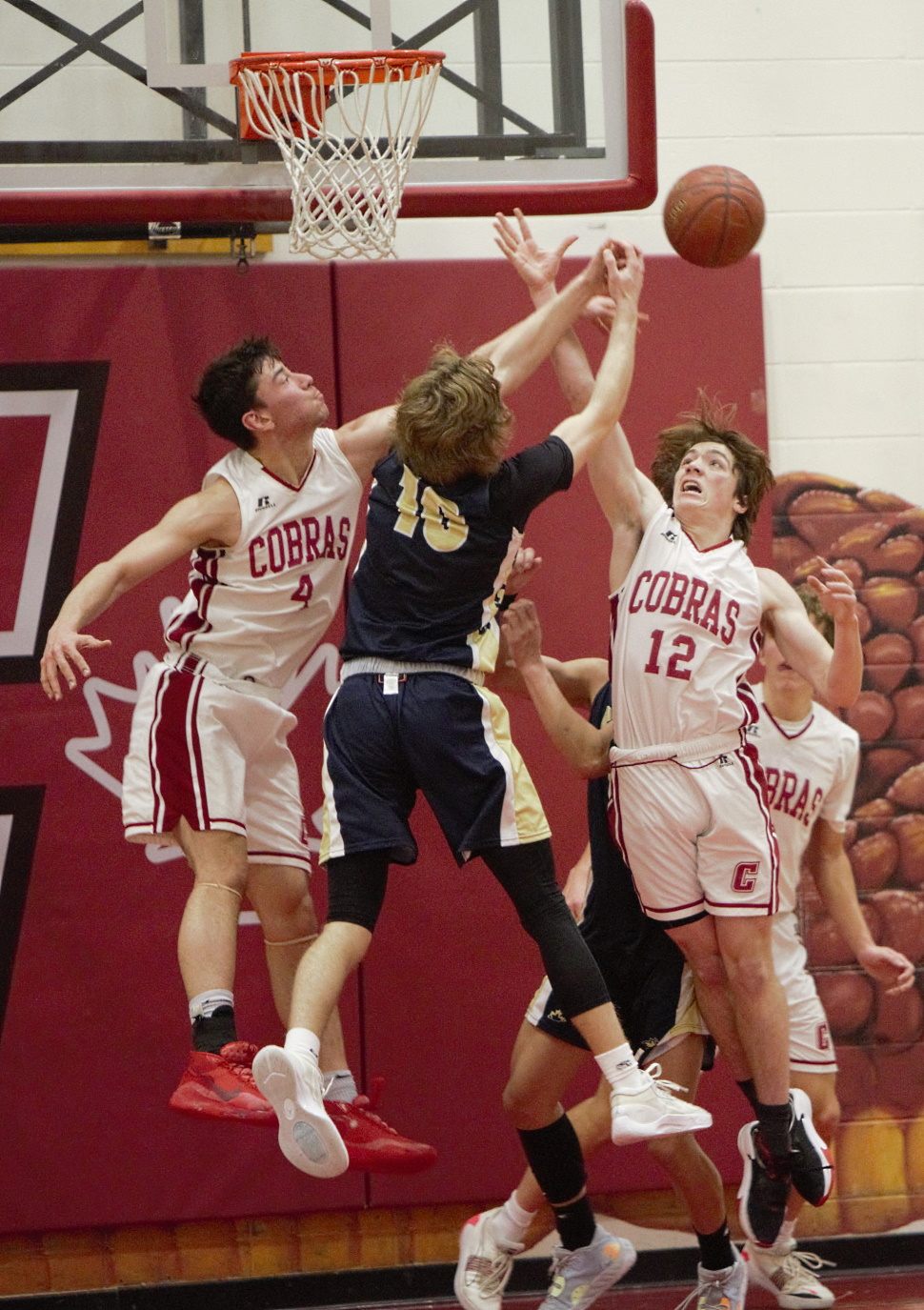 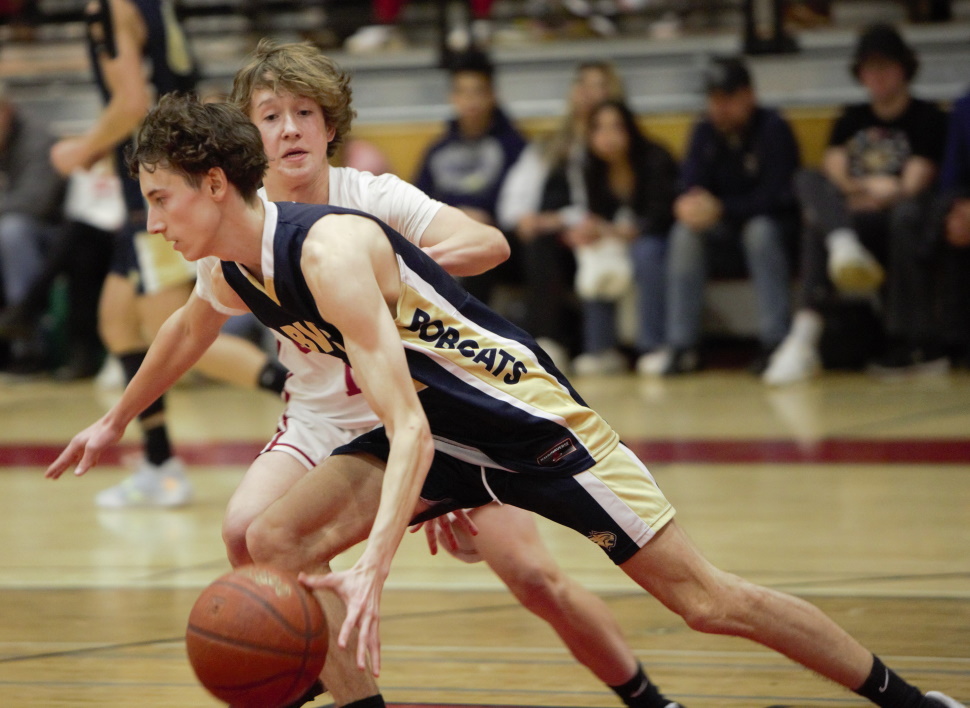 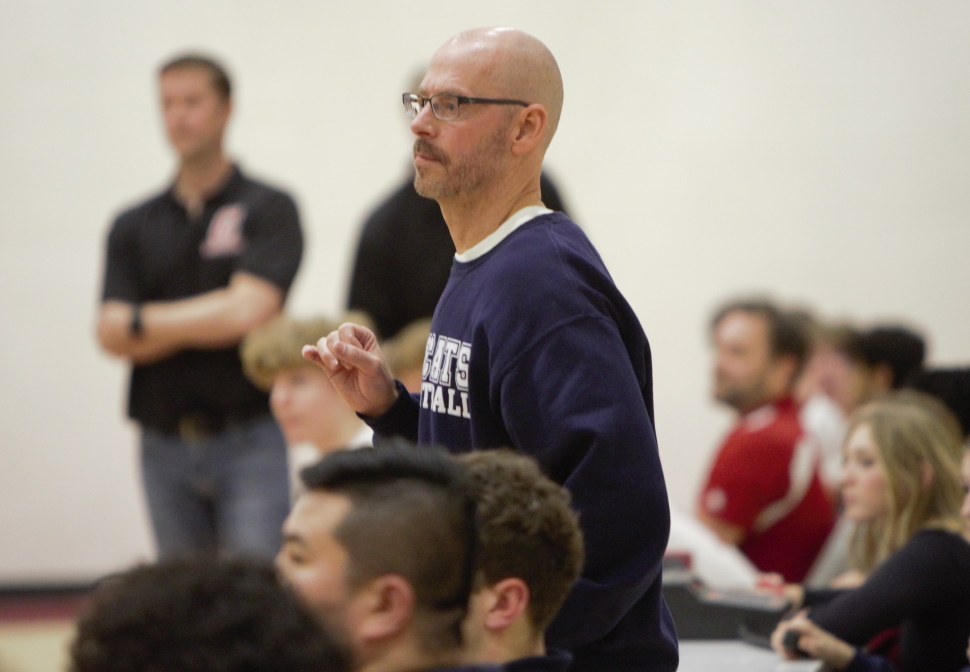 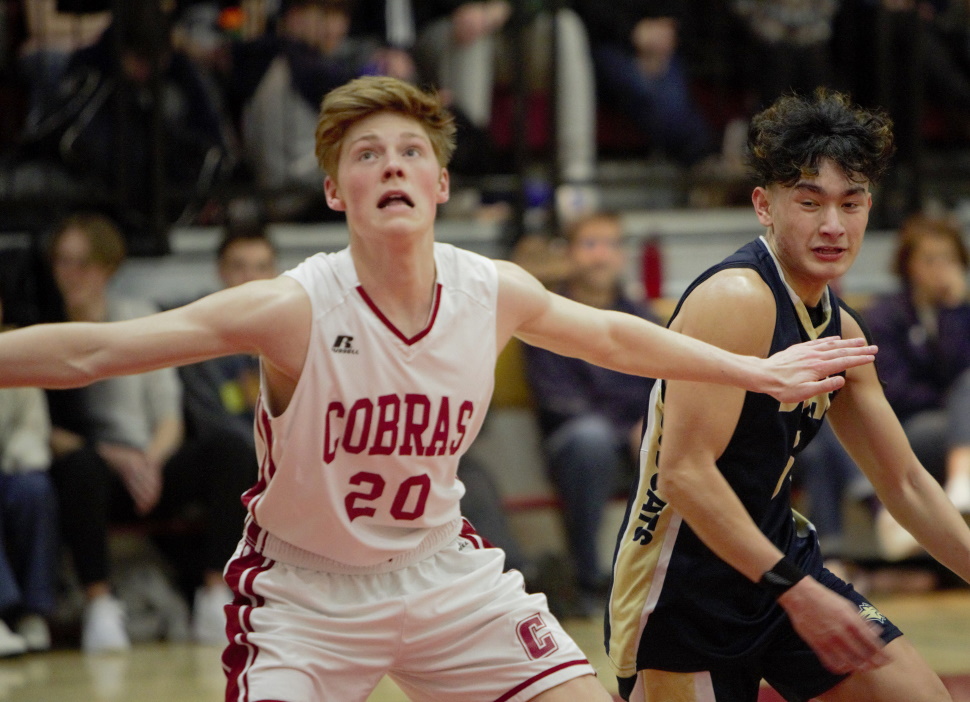 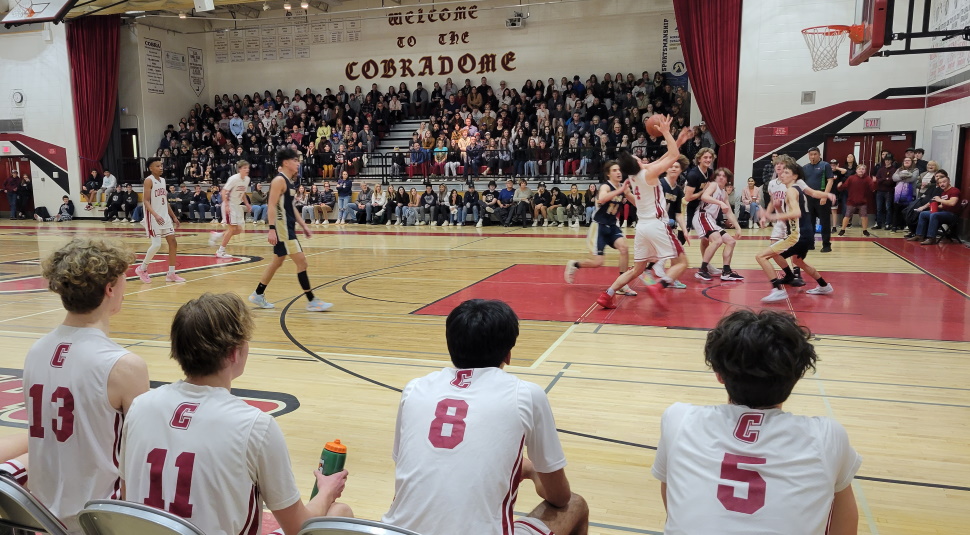