The Medicine Hat Cubs put a stopper in the Cochrane Generals' six-game winning streak last night with a 5-2 win at the Cochrane Arena.

Tristan Ripplinger put the Gens ahead 1-0 but the Cubs went on a five-goal scoring spread in the second to take control of the game. Connor Stephenson scored an unassisted goal in the third but otherwise, the Gens were unable to generate enough offense to get any closer to the Cubs.

Gens new goalie Kaston Payne got his first start and faced 27 shots. The 18-year-old dressed for two games with Okotoks Bisons earlier in the season.

Payne replaces Kaiden Wharton, who had 5.37 GAA in his first got six starts and carried a .809 save percentage. He played 11 games for the Gens last season.

Jordan McInnis faced 30 shots the night before in a narrow 7-6 win against the Rams in Rocky Mt. House.

The teams were tied at 5 after two periods of play and it was 6-6 before league-leading scorer Patrick Forde popped in the winner from James Quaife and Joel Klassen with 5:23 remaining.

The Gens were one for three on the powerplay and the Rams scored on two of their seven opportunities. Both scored short-handed goals.

With two points on the weekend, a goal and an assist, Forde continues to lead the HJHL scoring race with 13 goals and 25 points. Just three points back is Okotoks' Adam Kirkpatrick.

The Gens remain second in the south division with an 8-4 record and have a pair of tough games this weekend.

Friday, they're in Okotoks for their second meeting of the season against the top team in the HJHL. The Bisons are undefeated in their first 11 and beat the Gens 6-4 in the season opener.

Saturday night,  they host the Sylvan Lake Wranglers, the top team in the north division, at Cochrane Arena. 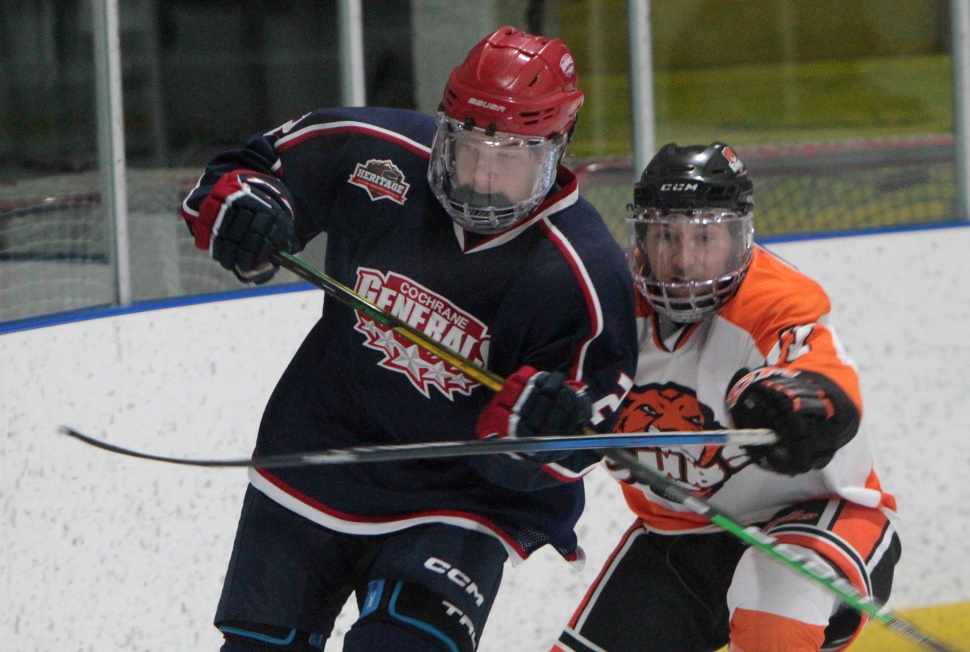 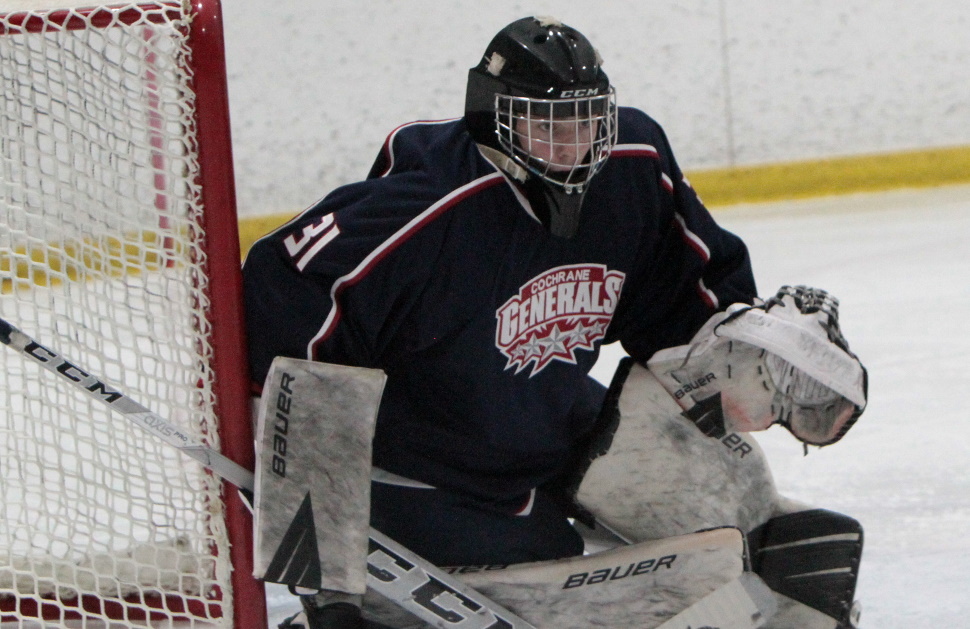 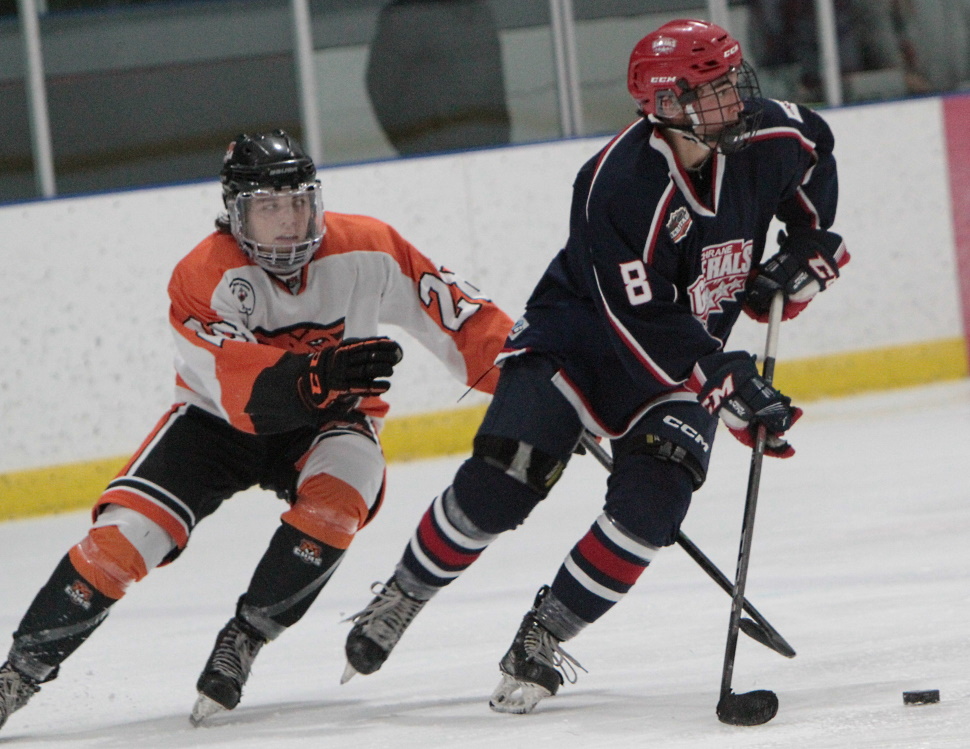 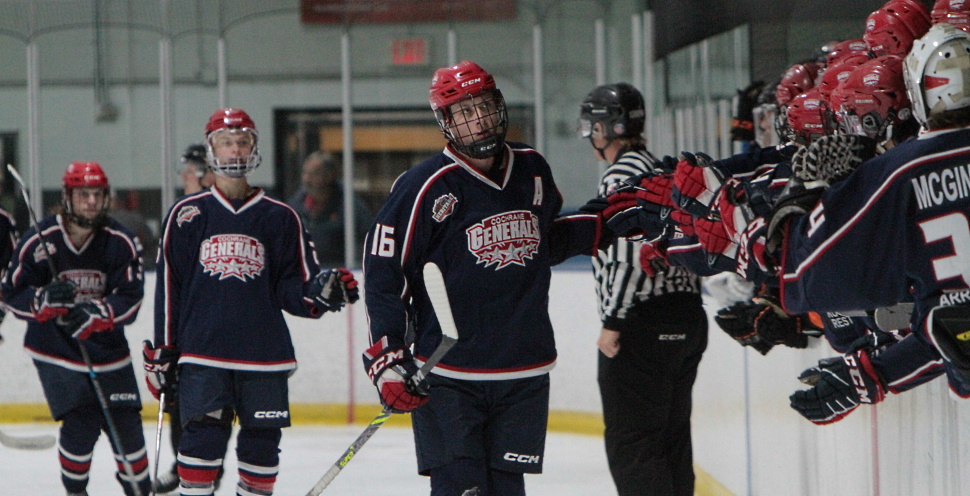 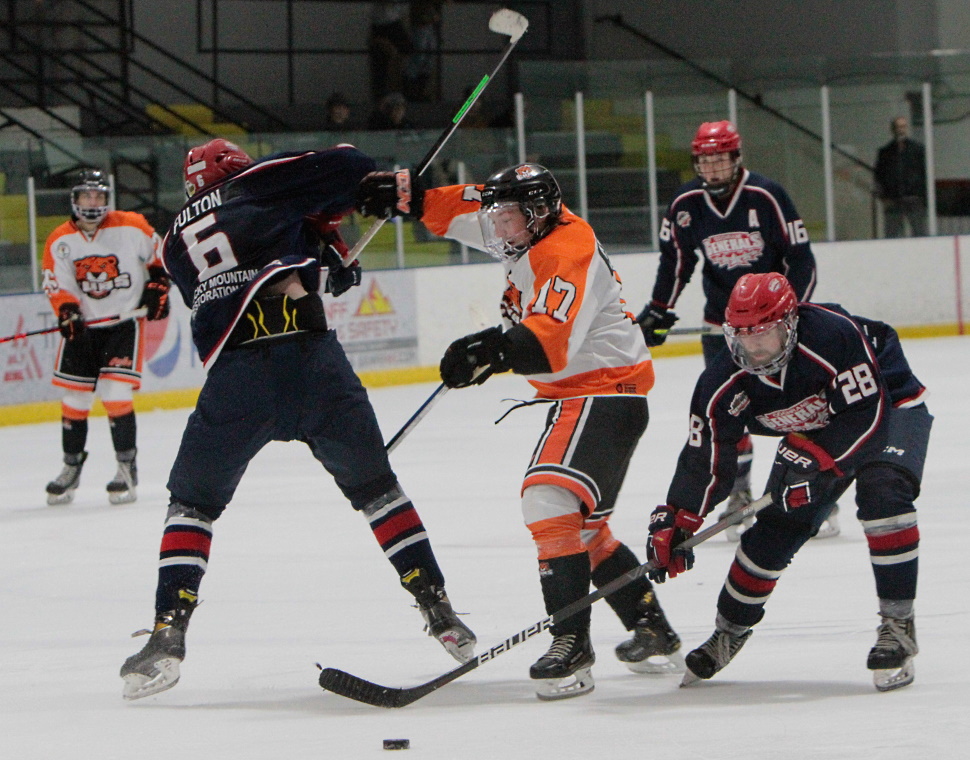 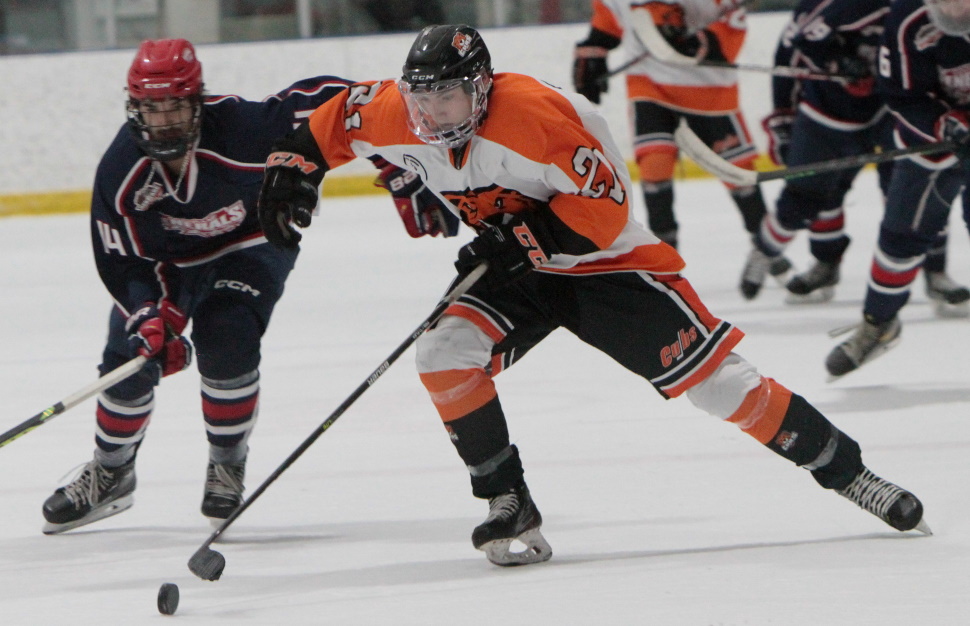 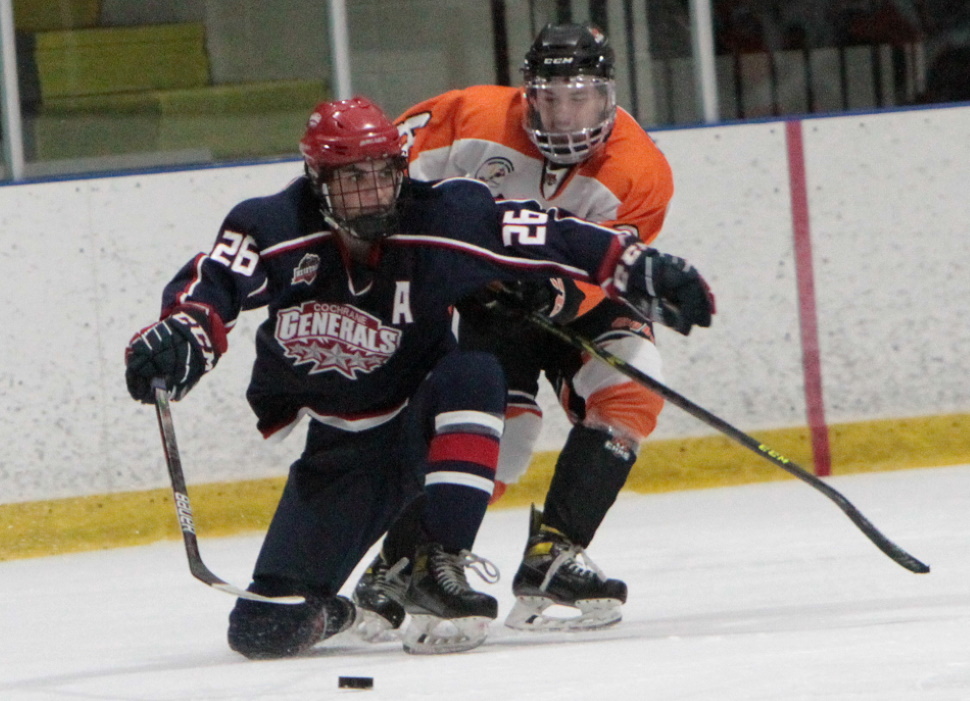