While the push is on for people to wear face masks during the COVID-19 pandemic, it appears to have lead to another issue rearing its face in Cochrane.

While cleaning up a section of the downtown area, including two empty lots behind the Grande Avenue Village, volunteers of Lives with Less Plastic (LLP) picked up over 50 used disposal face masks and plenty of sanitary wipes.

"That's a problem because who would want to just say I'm done with the mask and just throw it out," says Janzen. "It's pretty crazy. We found probably over 50 masks."

In an hour, the volunteers collected four bags of garbage. She believes they could have spent another four hours there to get it all. She says there were literally tracks of garbage.

"Somebody owns those lots but they don't clean them up. There's just so much garbage there."

"It was pretty gross."

It was the group's second cleanup of the summer. 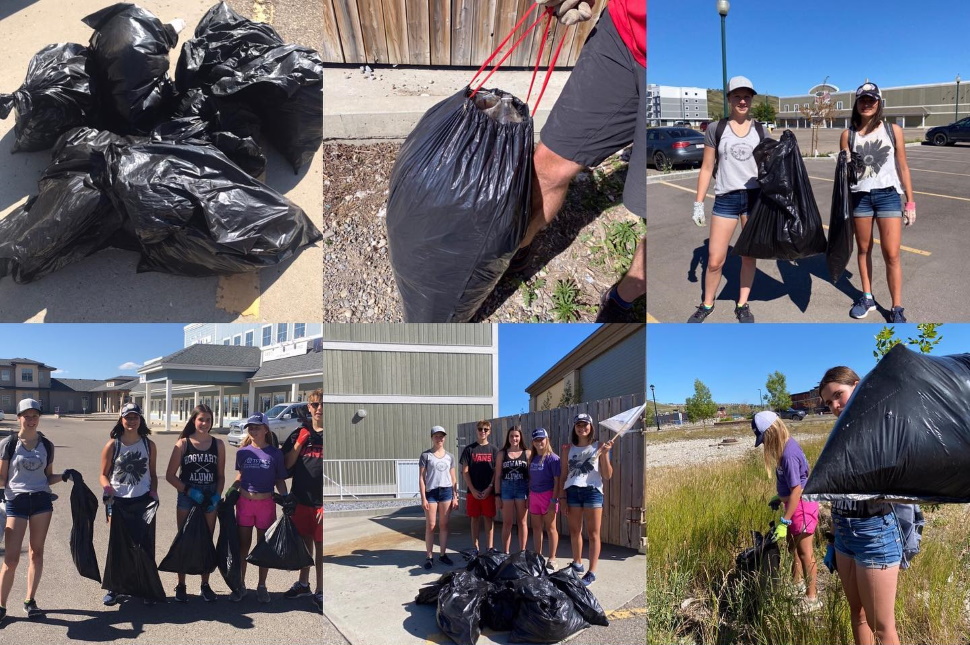 A collage of photos from the cleanup. (Photos/Lives with Less Plastic).