Do you believe there's ghost lurking about, but want to find out for sure?

So, who ya going to call? The Cochrane Public Library, of course.

As of today, Mon. Sept. 14, the library has available a Ghost Hunting Kit available for library members to check out free-of-charge.

Andrea Johnston, community outreach and program librarian, says the inclusion of a Ghost Hunting Kit was planned as part of a movie night fundraiser to coincide with the release of the new Ghostbusters movie shot in Alberta. It was originally slated to debut June 12 but due to the pandemic will now open March 5, 2021.

"We then decided to release the kit anyway, just in time for Halloween," explains Johnston. "Because there are lot of fans of the paranormal and shows like "Ghost Hunters" and thing like that. We're really excited to add this unique kit to our collection."

To promote and celebrate the launch, a short video is being released today on their social media channels.

It's the library's second video promoting their library of things, and Johnston said it was a gas to create.

"I think this time was way more fun. I know Jessie was in tears crying at one point from laughter. We dressed up one of our co-workers as a ghost, and we could barely contain ourselves."

"We were really grateful that we recorded this film with no audio, because we were laughing so hard in so many spots."

It is a hoot to watch, and can be viewed here.

The Library is also running a writing contest. Open to all ages, the library is welcoming spooky fictional stories, informational reports and poems to help celebrate the season. Up for grabs are 4 author-signed copies of Canadian ghost story books including "Ghost Stories of Saskatchewan 3" by Jo-anne Christensen, "Journeys into the Unknown" by Richard Palmisano, "Haunted Canada 10" by Joel A. Sutherland, and "Haunted Canada: The Second Terrifying Collection" also by Joel A. Sutherland.

All entries must be handed in on or before 6 p.m. on Oct. 23 with winners being announced Oct. 30, juts in time for Halloween. Full details can be found online. 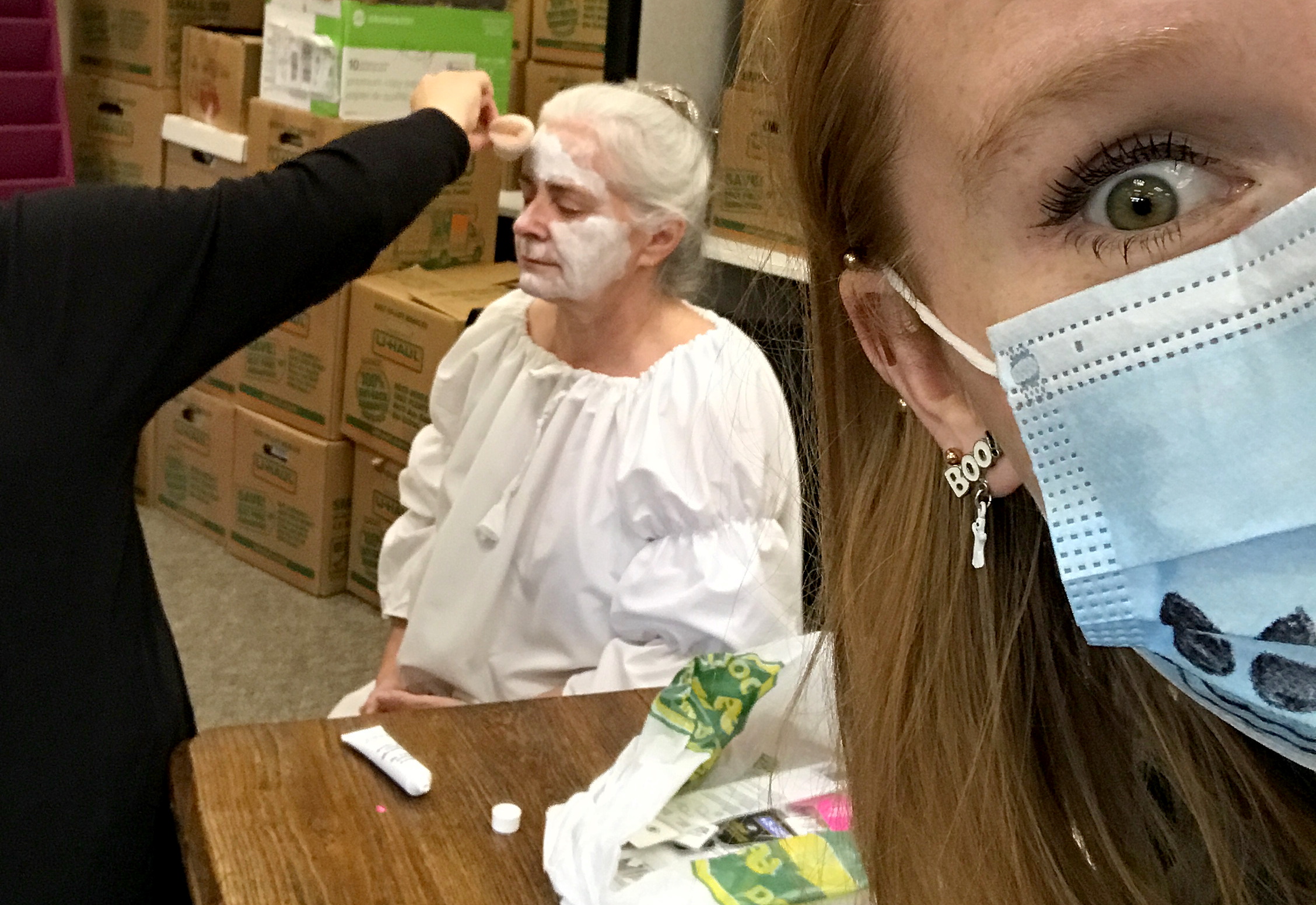 The crew at the Cochrane Public Library had a blast shooting a promotional video for its loanable Ghost Hunting Kit. The video hits their social media channels on Monday.

Tragic ending in the search for a missing man