Sturling bonspiel at the Cochrane Curling Center this weekend

Curlers from Calgary, Lethbridge, Okotoks and other areas in southern Alberta will be at the Cochrane Curling Center this weekend participating in a sturling bonspiel.

Sturling, which is also referred to as stick curling is made up of teams of two rather then four. It allows participants with physical challenges such as knee, back, heart, shoulder, elbow, wrist, hip, ankle, or foot problems to participate fully.

Organizer Joey Hyde-Wilson says it's a great way to get curlers back into the game if they aren't able to participate in traditional curling anymore.

"We have brought people back into the game that had decided that they weren't in any shape because of knees and hips and all of those illnesses that hit the seniors. They came back to the game because they were able to use the stick." 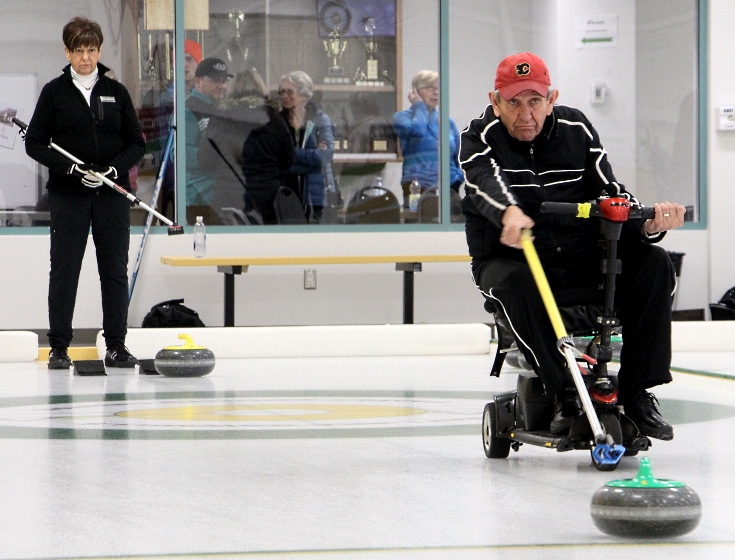 Chaos have a pair of important home games this weekend

Full complement of leagues being offered in upcoming curling season