Written by Noel Edey Saturday, May 15 2021, 5:00 AM
Article continues below advertisement ↴

It's hard to match the buzz surrounding the Firefighters Stairclimb Challenge when it's held at the Bow Tower.

Yet long-time participant firefighter Chris Chyka says being able to complete the stairclimb right here on the steps of the Cochrane Ranche on May 14 was a proud moment for the Cochrane Fire Services team.

"The feeling is quite a bit different, but it's in our community," says Chyka. "We were super fortunate to be selected as one of the official race sites. We had a good showing of a total of nine members, including the chief and the mayor, so it's pride in the community, it's pride in the event. It's a great year for us because we could do both."

All team members did the entire 1,204 steps in full firefighter gear, including breathing apparatus, which adds between 50-65 lbs. Doing the set of stairs 14 times equates to the Bow Tower stairclimb.

Fire Chief Shawn Polley ran separately a day in advance to keep the group smaller on May 14.

"He's been a big supporter of the charity itself and a supporter of us as we continually trained to try to make adjustments for the virtual conditions versus actually running in the Bow."

Mayor Jeff Genung completed the stairclimb for the second time. He says it was a tough go and a great reminder of how much time he spends in the office. Genung is a long-time Ironman competitor who set aside his passion for triathlon when elected mayor.

The firefighters look at it differently.

"I watched him," says Chyka, "He kicked it. He came in saying he just came off the couch. Yeah, right. We don't buy what he's selling. He did an excellent job. He never lets us down. We love that he participants with us, leading by example; best way I can put it."

For both Chyka and Derek Orr, it is Stairclimb number seven, Both have participated since the charity event was launched, and have made a pact to do it for at least 10 years. There were many other long-time participates, including firefighter Andrew Weaver, who was doing it for his sixth time, only opting out of last year's virtual event.

Along the way, the Cochrane team raised around $4,500 for Wellspring Calgary. That exceeded their expectations in a year when they didn't reach out to the general public because so many are facing trying times.

With temperatures hitting the high teens and only a light breeze most of the day, Chyka says it was more challenging than climbing the Bow.

"Typically, when we do the Bow Tower, it's 55 storeys, but it's indoors, and there's some air-conditioning. There was no relief on this one."

"Those steps were a challenge. We're typically up and down the tower anywhere from 12 to 18 minutes. This year we were all in the 30-40 minute range, which is a lot different for us. So, we're proud to have done it, but this was one of the hardest years."

Helping support important services of Wellspring is why the firefighters take to the steps. The event's goal is to bring awareness and support to all firefighters and citizens living with cancer. In Alberta, there are 16 presumptive cancers recognized as occupational hazards of the firefighter’s job

"Some of the stuff that goes unnoticed but is vitally important is the support programs, especially those that Wellspring offers," says Chyka. "Yes, there's the individual who's going through the actual treatment, but there are all the people that are surrounded by it that need the help as well to help support that person."

Wellspring Calgary offers a welcoming community that aims to improve the quality of life for people living with cancer and the people who care for them. Its programs are designed to meet the psychological, emotional, and educational needs of individuals and families living with cancer.

Wellspring Calgary gifts a portion of event proceeds to support the Firefighters Assistance Charitable Society (FACS), whose mission is to empower and strengthen the firefighter by enhancing the success and resilience of the firefighter community.

Chyka estimates the Cochrane Fire Services team has raised about $30,000 for Wellspring by participating in the stairclimb. 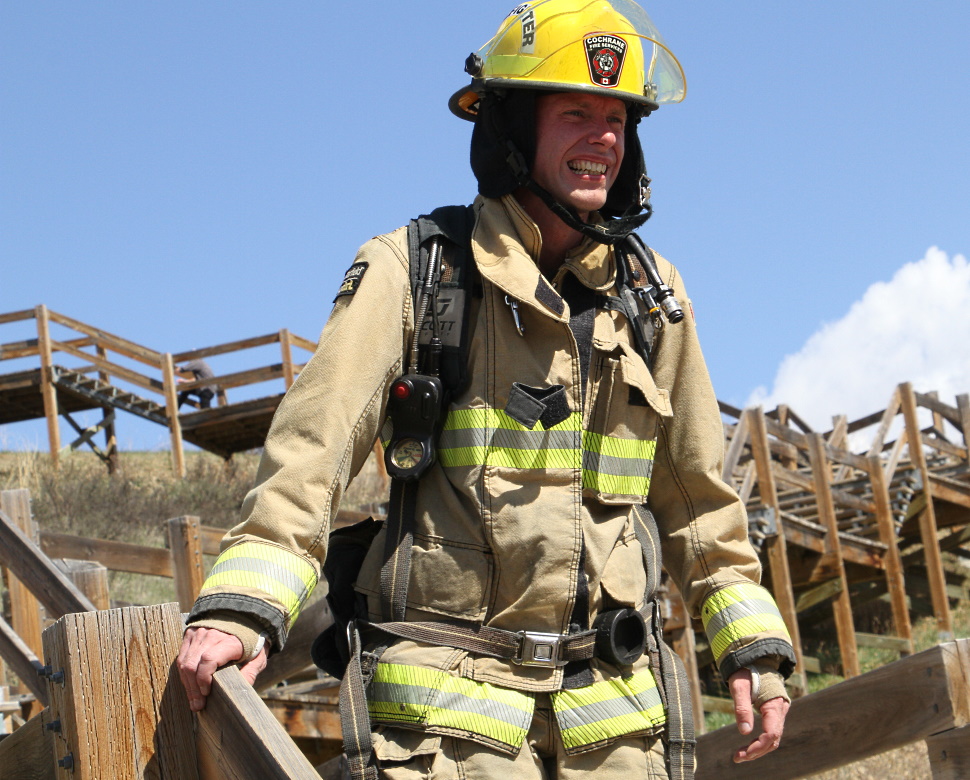 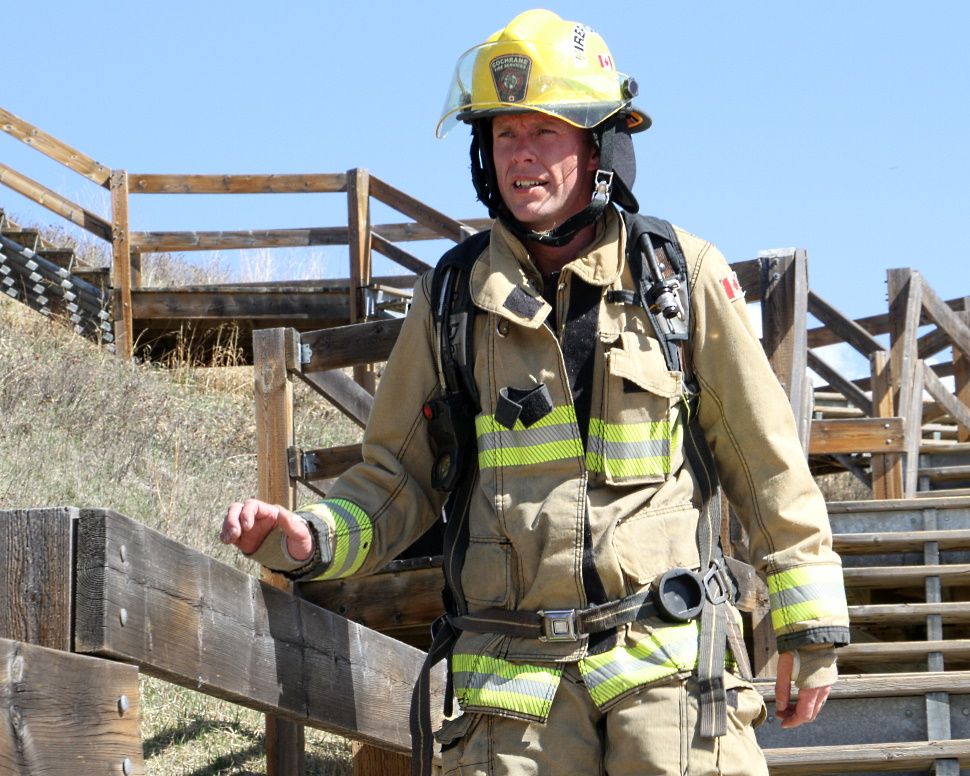 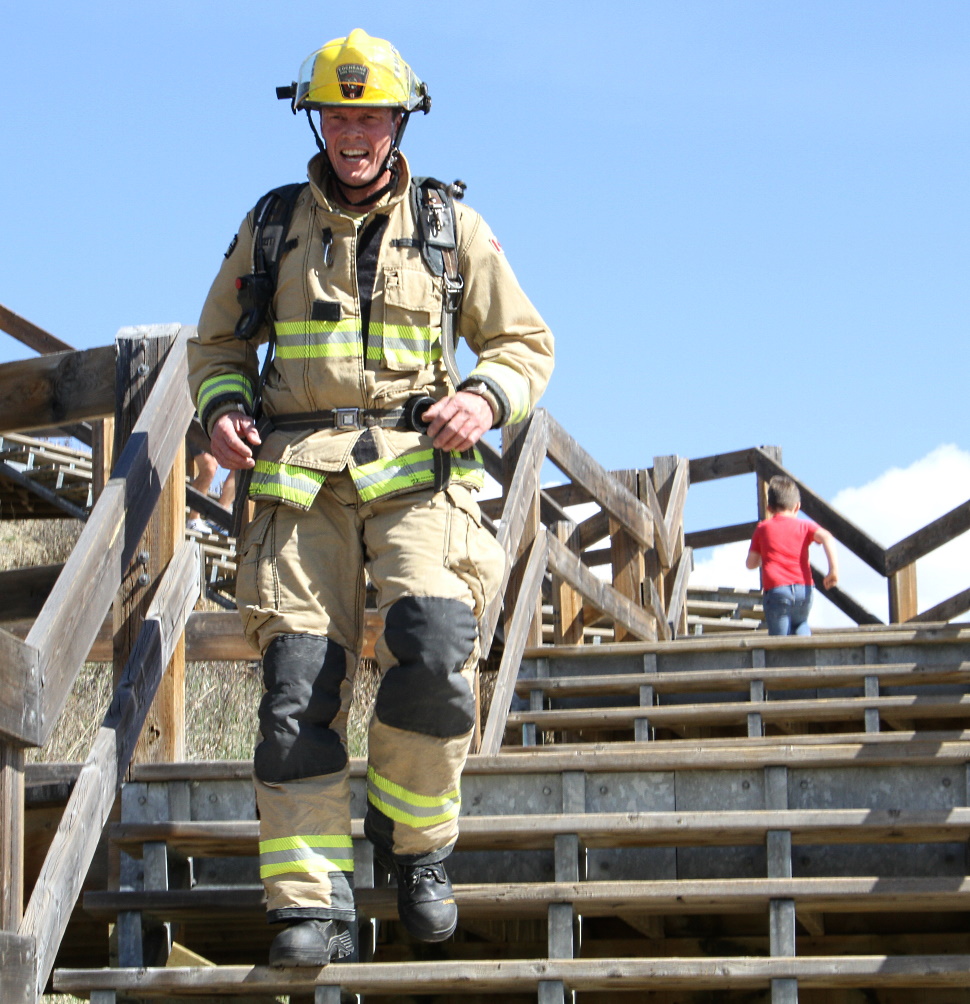 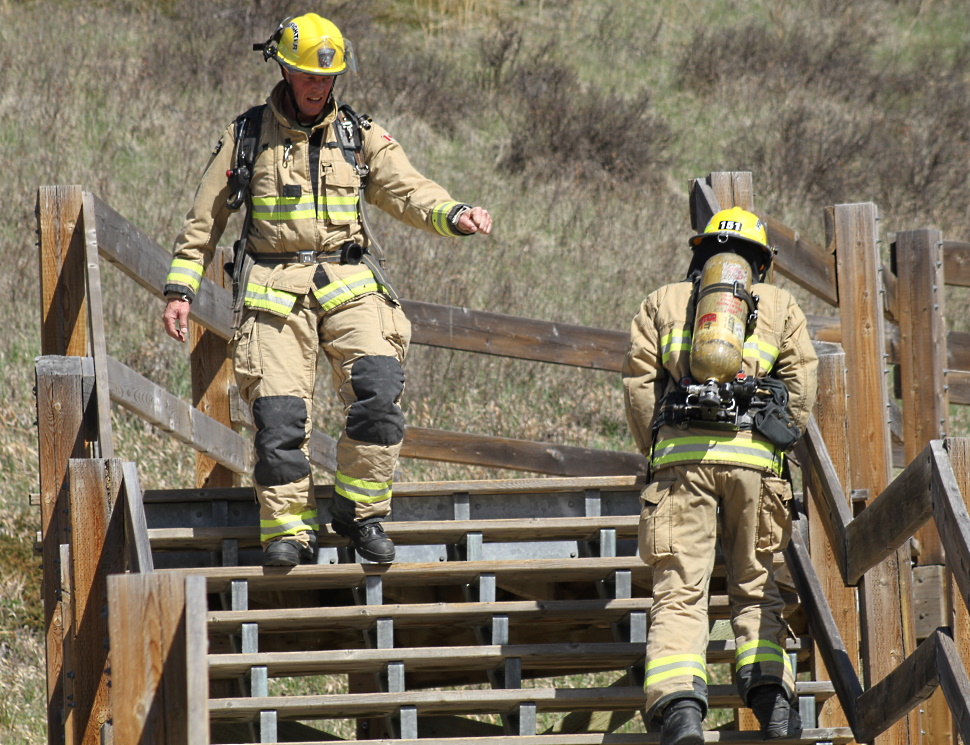 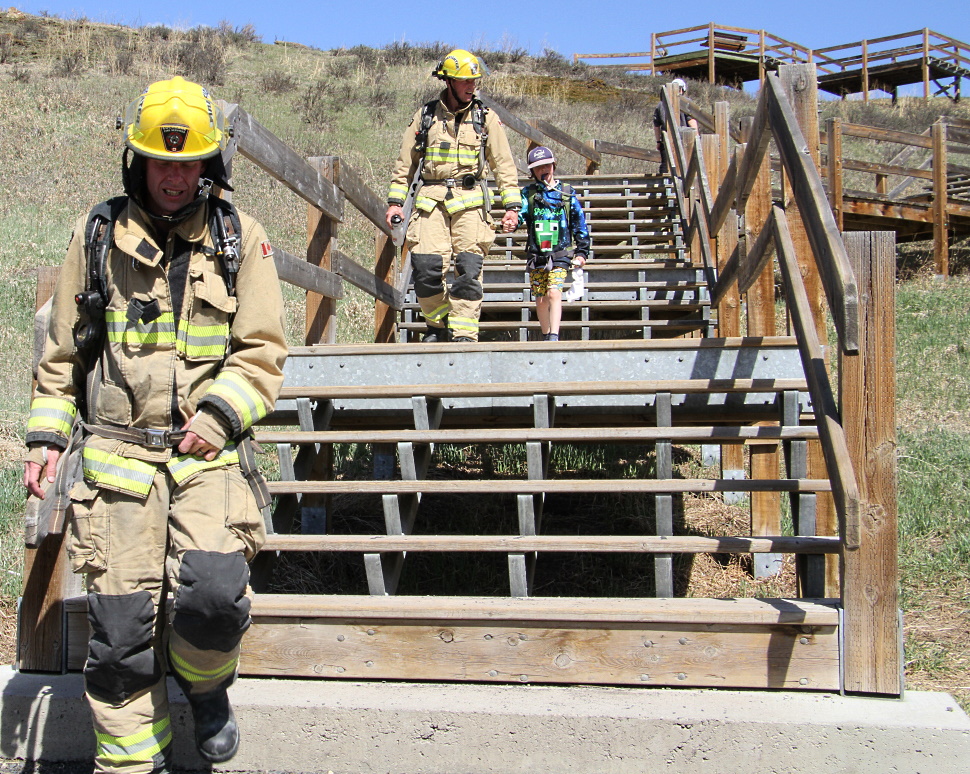 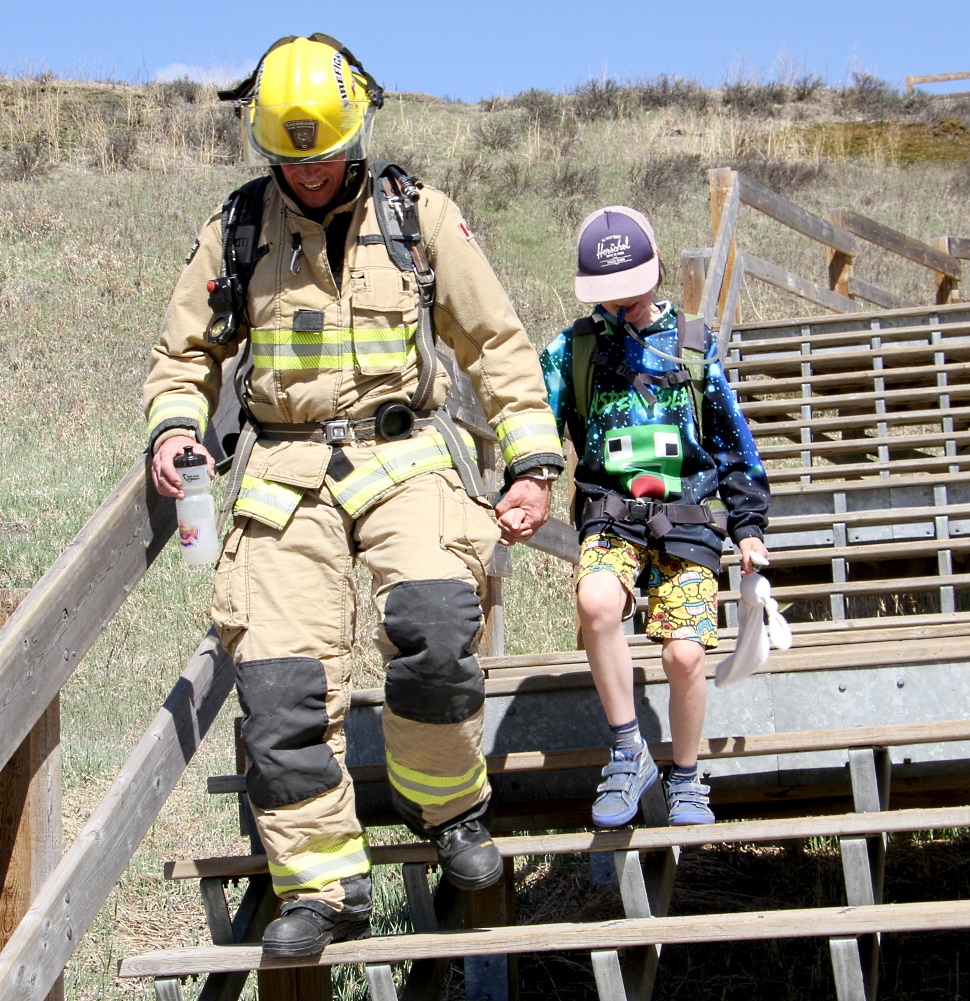 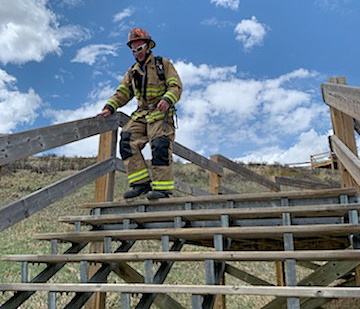 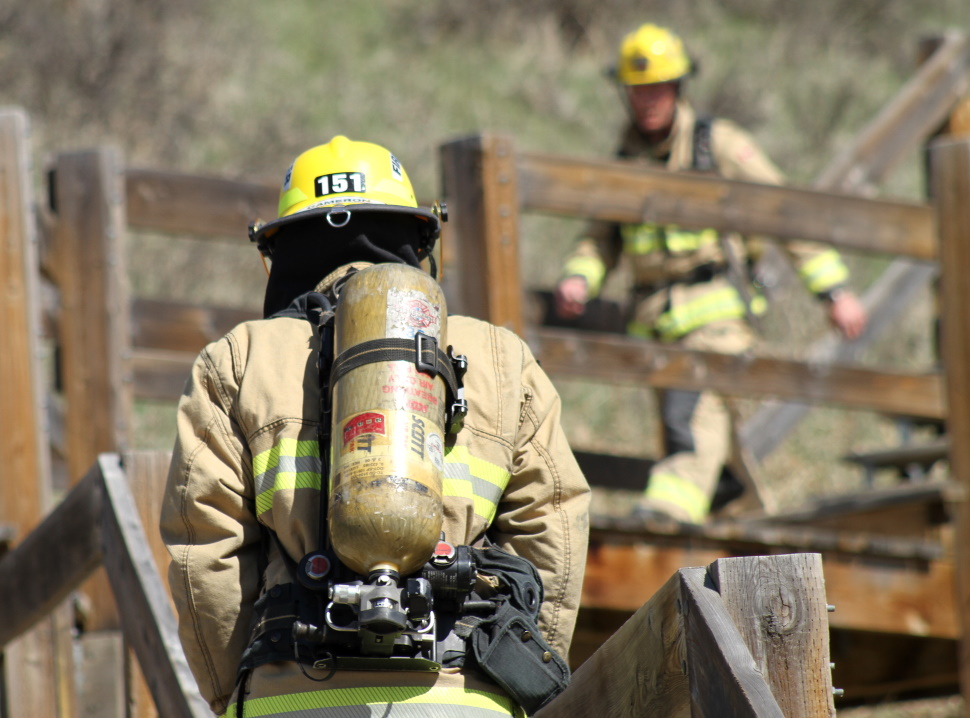 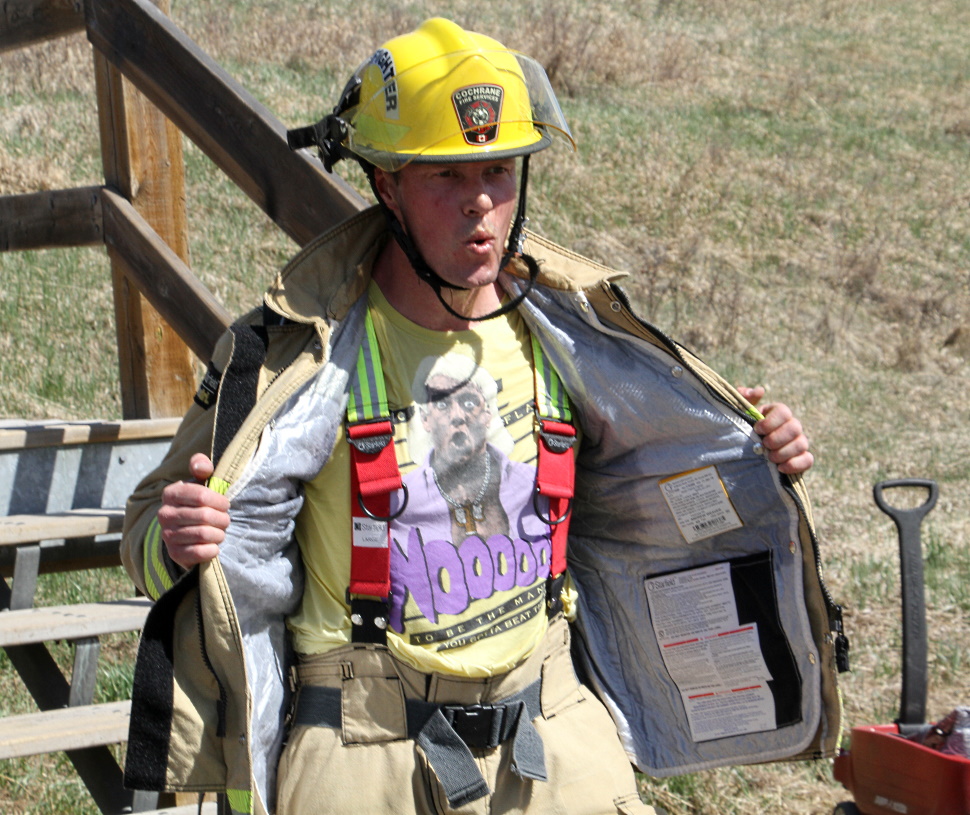 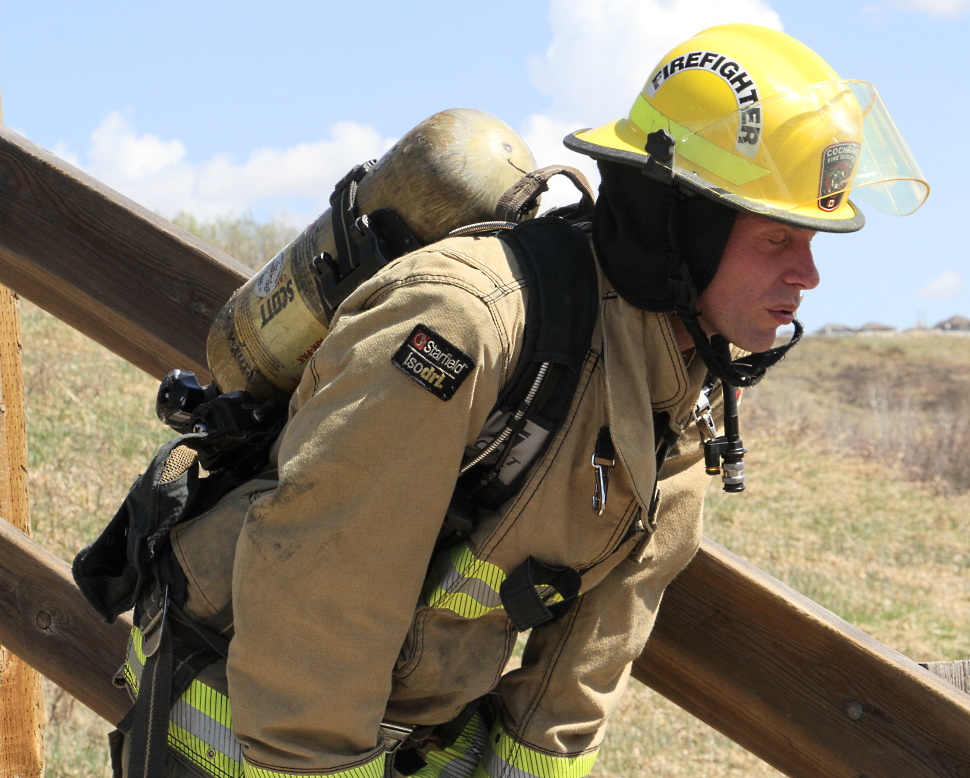 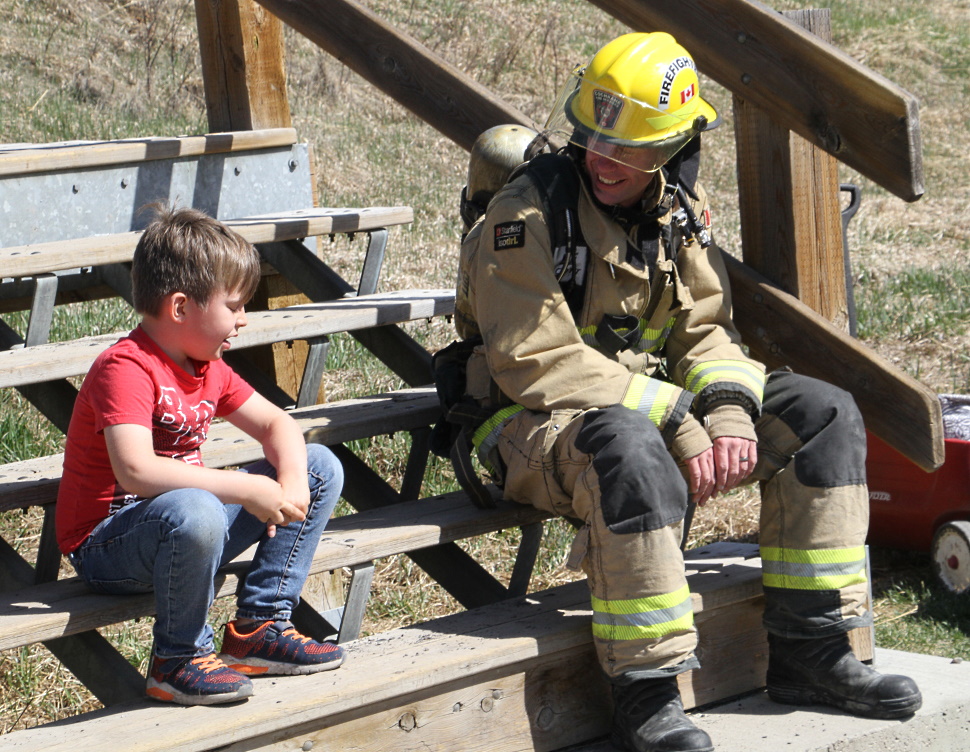 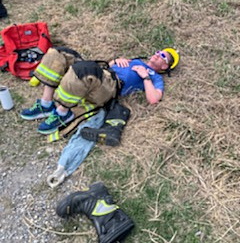 Cochrane Cobras get green light to train this week

Farmers Hoping To See Bill C208 Pass Through The Senate