VIDEO: Justice Eamon to decide if court has role in RVC sanctions

Yesterday, Justice Eamon heard arguments at the Court of Queen's Bench in Calgary on whether there should be some reprieve from the extensive sanctions place upon Kevin Hanson, Crystal Kissel, and Samanntha Wright for breaches of the council's Code of Conduct.

The councillors sought legal action after being sanctioned on June 11.

In presenting RVC's position, Janice Agrios, of Kennedy Agrios LLP questioned if the court should be determining if the sanctions are appropriate. In part, she argued it is a localized decision and is best decided upon by the council.

She also argued the restrictions on contact between the CAO and the three councillors could not be subject to review and that much of the affidavits sworn by Hanson, Kissel and Wright were not admissible evidence.

If the court does interfere, she pondered whether the three councillors would once again turn to the courts should further issues arise.

"What happens if they are still unhappy?" Agrios questioned. "Does this mean they will go back to the court and tell the CAO how to communicate with them? That's not the court's job."

In presenting the county's case, she argued it was a case of a disgruntled minority who were frustrated because their actions were not supported by the majority. Instead of this, she said they have attempted to discredit the rest of the council.

She further argued the sanctions do not prevent them from carrying out their duties.

Michael Niven, of Carscallen LLP, argued the councillors were not attacking the then-newly appointed CAO Al Hoggan. They were attempting to establish a clear procedure for the hiring of future CAOs

Niven said the harshness of the sanctions followed closely on the steps of a letter to the editor penned by the three councillors. He argued they were part of a "retroactive validation" of the procedure used to hired CAO Hoggan.

Furthermore, he said the sanctions hindered the councillors from performing their duties and are in direct violation of the Municipal Government Act.

"The sanctions reduce what they can do, and in effect, the quality of political representation of the residents."

He said there is no evidence of why such harsh sanctions were required. Nor does he believe the CAO can pick and chose how to communicate with each councillor.

Justice Eamon was inquisitive throughout the inquiry. He did circle back to the gap in information on how the council determined the five sanctions placed on each councillor. There is no written record of the discussions that took place, only one of the motions being made and approved.

A certified copy of the minutes of Jan. 14 is awaited. During that meeting Councillor Jerry Gautreau, who was involved with some of the actions leading to the sanctions, was found to violate the code of conduct. Council requires him to apologize for these violations at its upcoming Jan. 28, 2020 council meeting.

Agrios reasoned Gautreau's sanctions were not as extensive because he moved on.

"He lost the vote, accepted it, and went about doing his job," she said.

Niven questioned the disparity in treatment.

Without Gautreau, the three councillors introduced a notice of motion at the Apr. 30 meeting to create a county chief administrative officer hiring policy that complies with the Municipal Government Act. In their preamble, they said Rocky View County’s legal counsel noted an unusual or irregular process was followed by the council in the recruitment of the new Chief Administrative Officer in 2018.

It went on to say the Alberta Ombudsman suggested Rocky View County create a hiring process for the CAO for future vacancies of the position to avoid issues of administrative unfairness.

At the May 14 meeting, Reynolds Mirth Richards & Farmer LLP was appointed under section 62 of the Council Code of Conduct Bylaw C-7768-2018 to investigate any and all Code of Conduct formal complaints.

Before the hearing, eight Rocky View residents held up placards outside the courthouse expressing dissatisfaction with the sanctions.

Inside the courtroom, additional supporters were in attendance, several of them past RVC councillors.

Other than the three councillors impacted by the sanctions, no other sitting member of RVC council were in attendance at the hearing.

Justice Eamon will be ruling on procedural challenges from Agrios at the same time as he rules on the merits of the councillors' case. 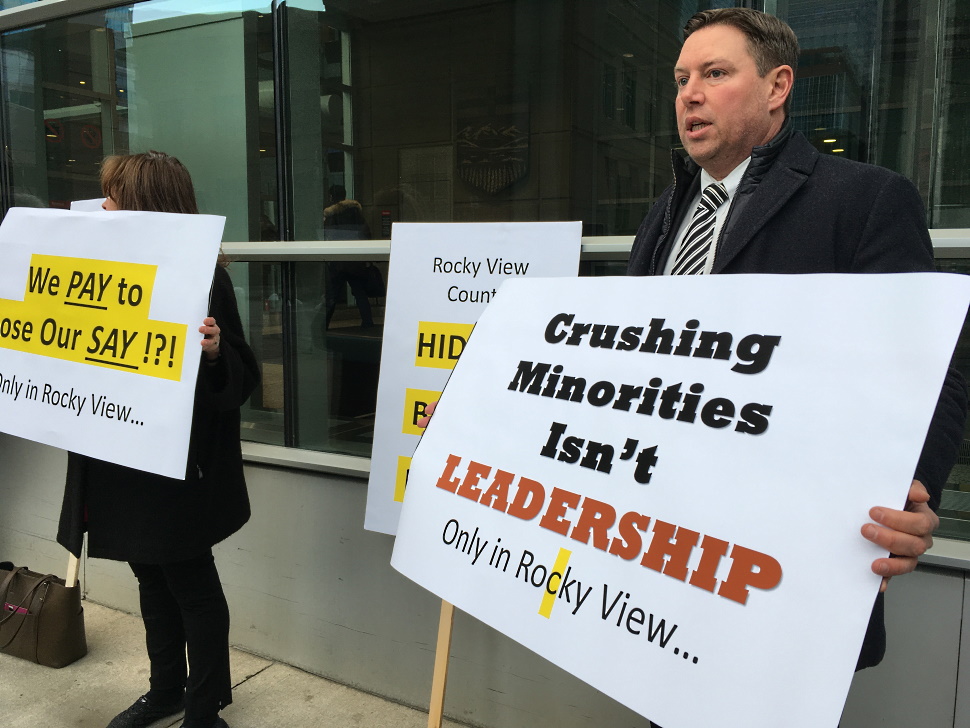 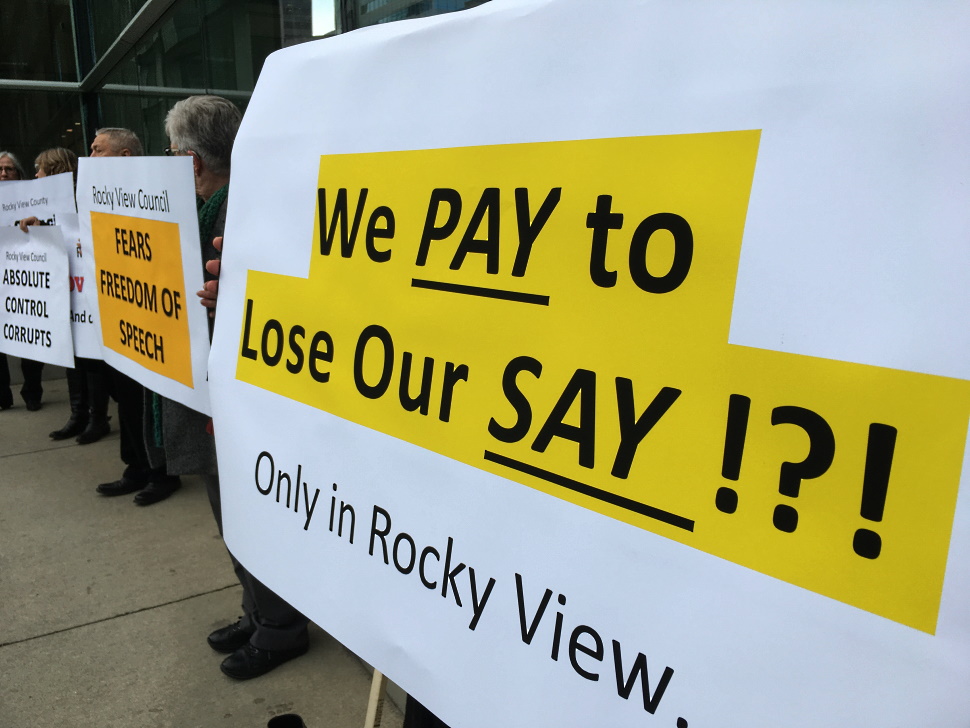 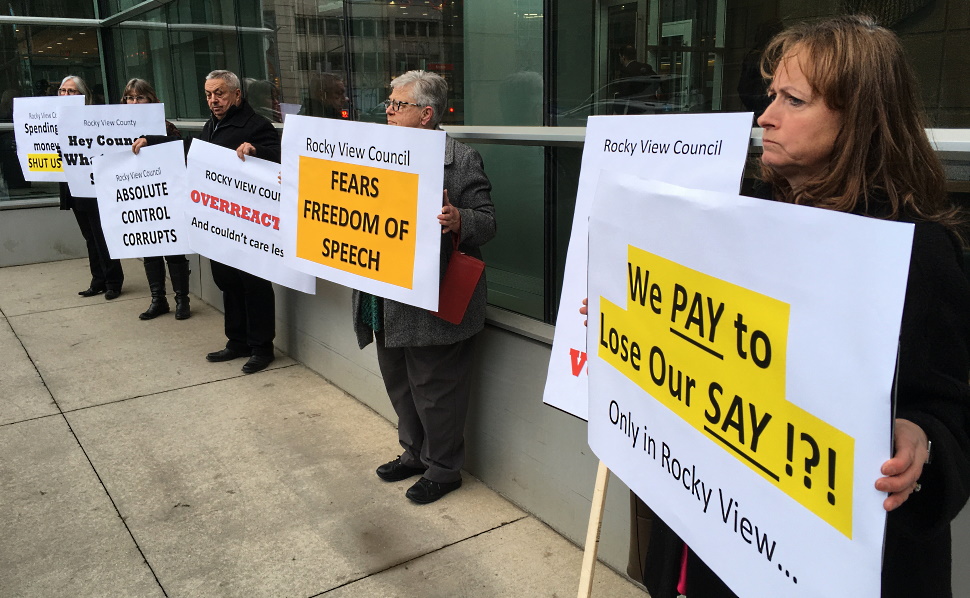 Just two weekends left to visit Market by the Bow