WATCH: Win No. 1 in hunt for Tier One provincial title

The Cochrane Cobras clipped the wings of the Foothills Falcons, 45-13, in their first game ever in Larry Wilson Tier One high school provincials on Nov. 4.

Cochrane High struck early and often and has returned to its more typical form in time to be in the hunt. It comes a week after losing the Rocky View championship for the first time in eight years to the George McDougall Mustangs.

"The difference between this week and last week is we got off to a good start," says Cobras head coach Rob McNab, "and when we get off to a good start we gain confidence, we gain momentum, and away we go. But last week we didn't, so we were left trying to build from our mistakes. Like I said to the kids at halftime, that's how we play, and we have to do it next week as well."

"He spread that ball around, I mean, he was great. I haven't seen him play that well in a while. Last week it was tough with the wind, but when we get a good calm night and he makes his read and steps up properly, he can throw that ball as good as anyone."

Despite the lopsided win, McNab gives a shout-out to the Falcons.

"They were tough, they were physical, and they're a young team. Our kids just came to play tonight and hopefully the same thing next week, because we're going to be playing bigger, stronger teams as we go forward."

"We spent a week in practice, a week in the film room, and it was just good for us to play how we should play, and how we came out firing on all cylinders. We'll just grow from there."

Spreading the ball around to the Cobras' deep receivers corps was one of the keys.

"We hit pretty much everyone on the field. It was our game plan to not let a single DB be left unchecked, and that's what we did."

Receiver Ethan Clazie, who scored one of the majors and rushed for 52 yards, says the whole corps stepped up. They did their damage in the second quarter with Jaxon Rego and Chase Hunter also pulling in touchdowns.

Running back Ethan Price, who rushed for 56 yards, had a pair of touchdowns to bookend the scoring, and receiver Tate Larsen ran one in from the one-yard line in the second quarter.

Brayden Chamberlin connected on a 37-yard field goal to give the Cobras a 10-0 lead by the end of the first quarter.

The defense came up big in the game, and linebacker Jesse Groot says he's proud of the team's performance.

"Everyone played well, and it's one for the history books for sure," says Groot.

"There are a few things we can brush up on, they played a great game, but overall I think our defense held up very well."

Defensive back Bodie Van De Kraats liked what he saw on the field.

"We needed to get going and it's the first step on the road to victory."

The next stop on that road is expected to be against Calgary's Henry Wise Wood Warriors. The game will be played in Cochrane, with more details to follow later this weekend.

In the earlier game on the Legacy field, the HTA Knights beat the Mustangs 48-21 to advance in the Tier 2 provincials. A photo gallery is attached. 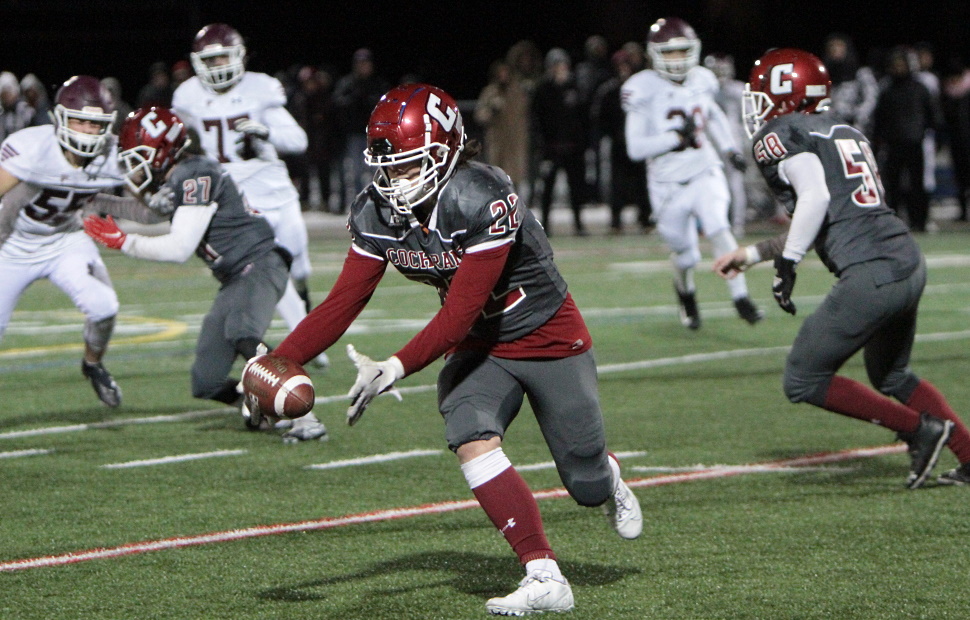 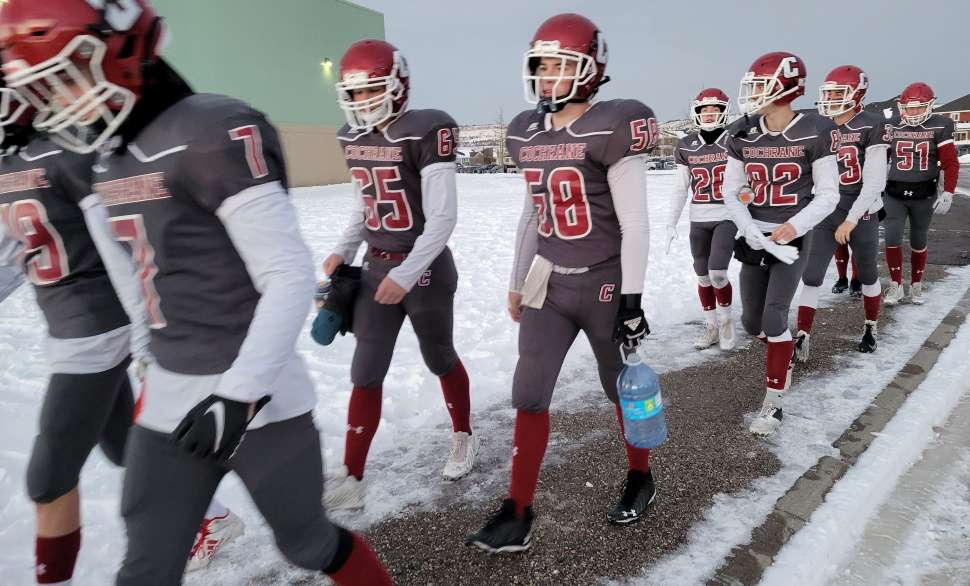 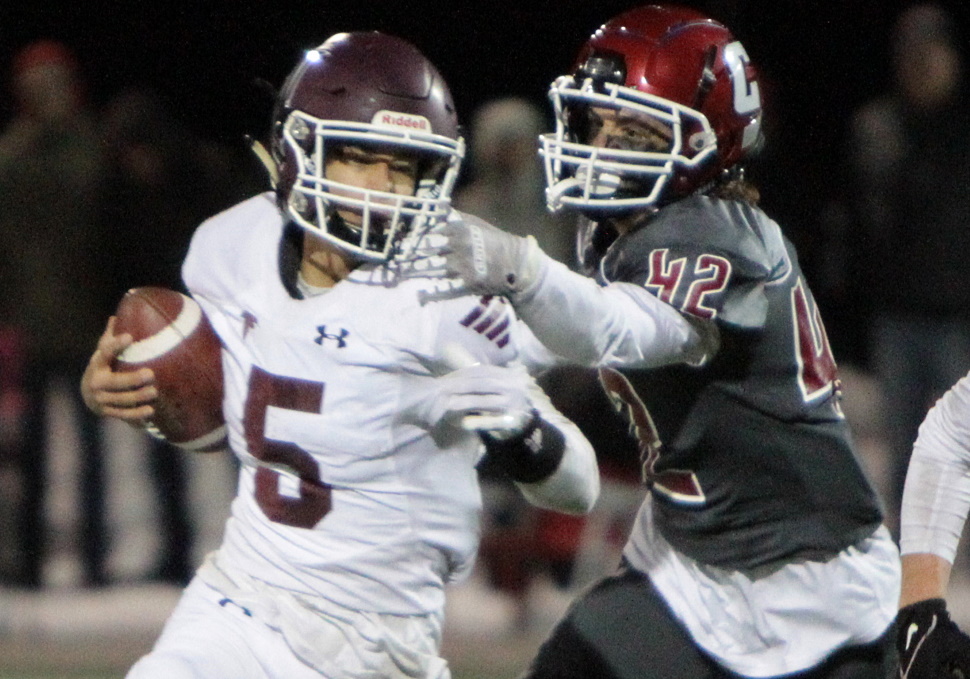 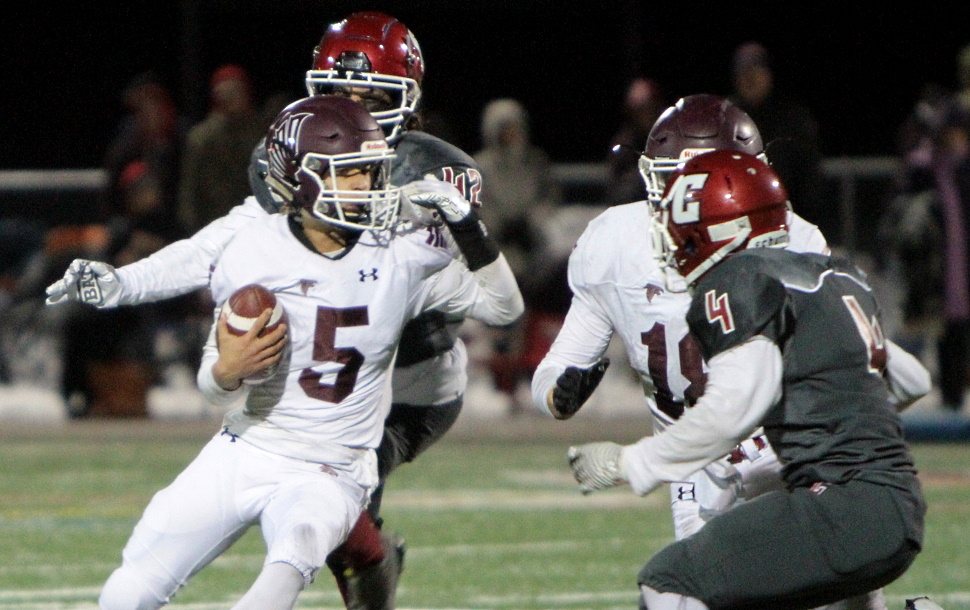 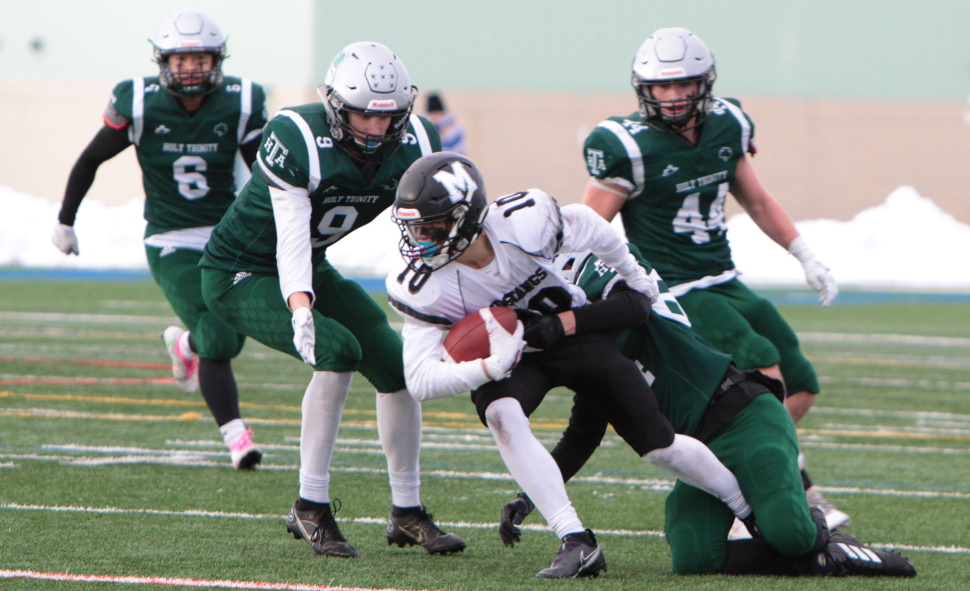 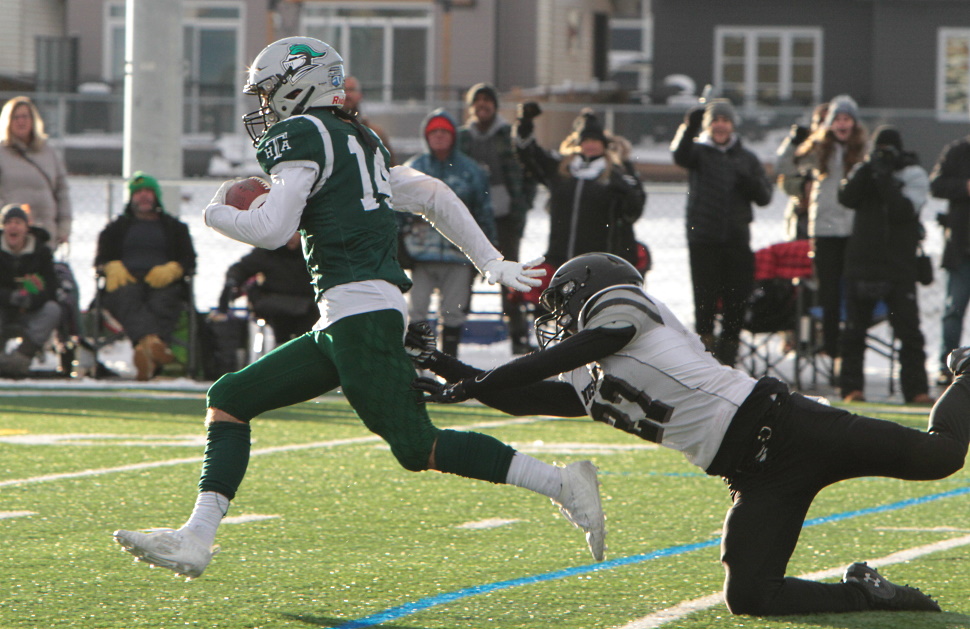 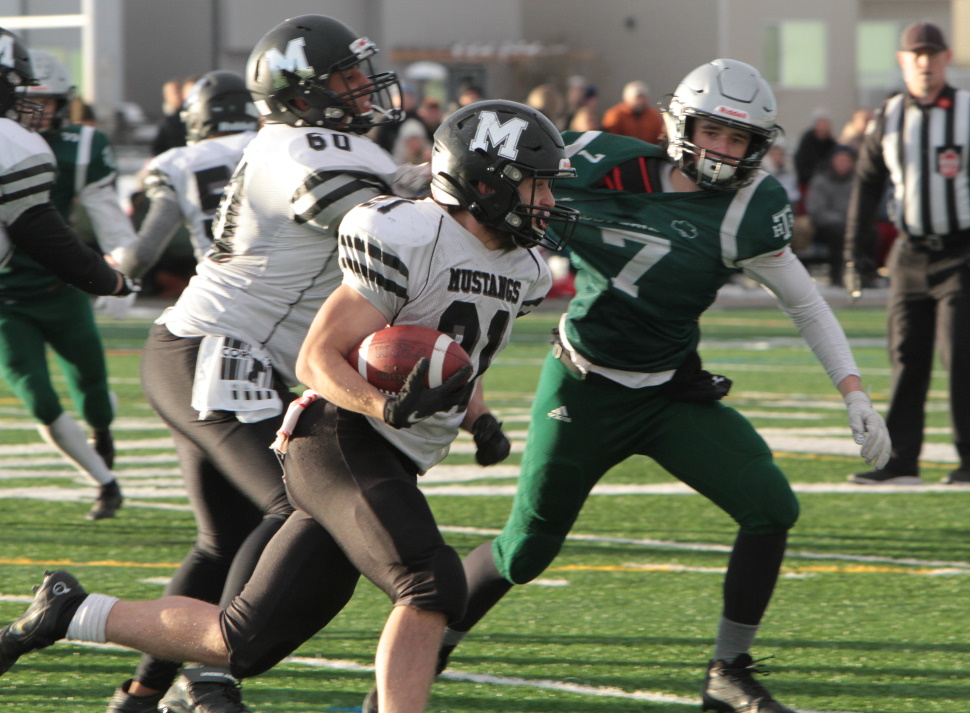 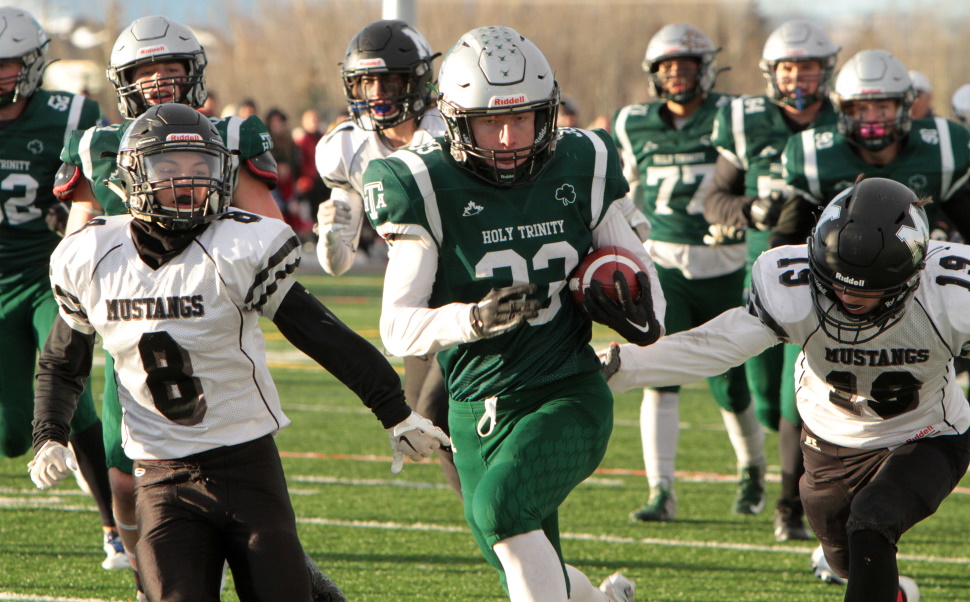 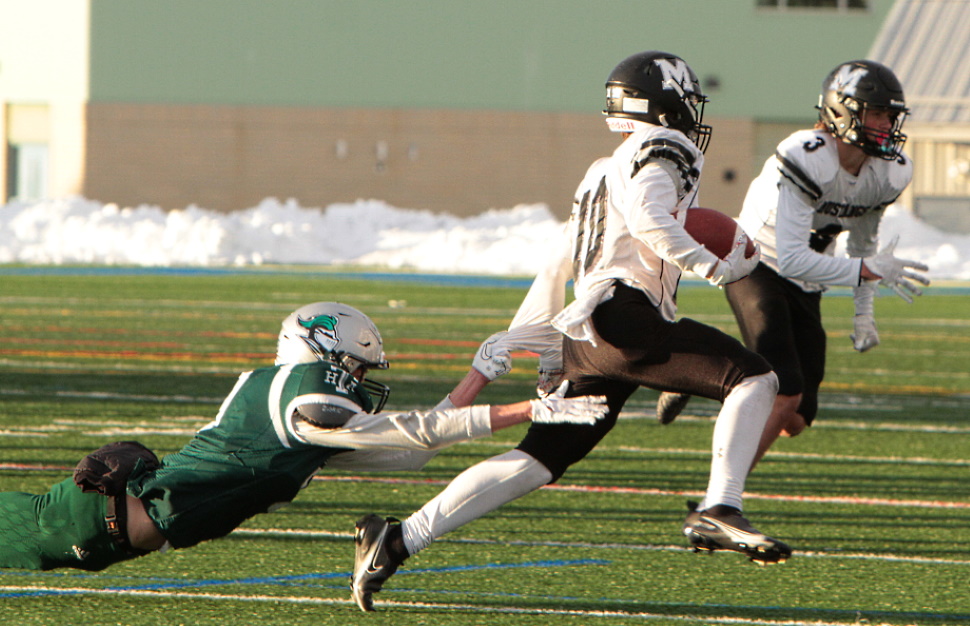 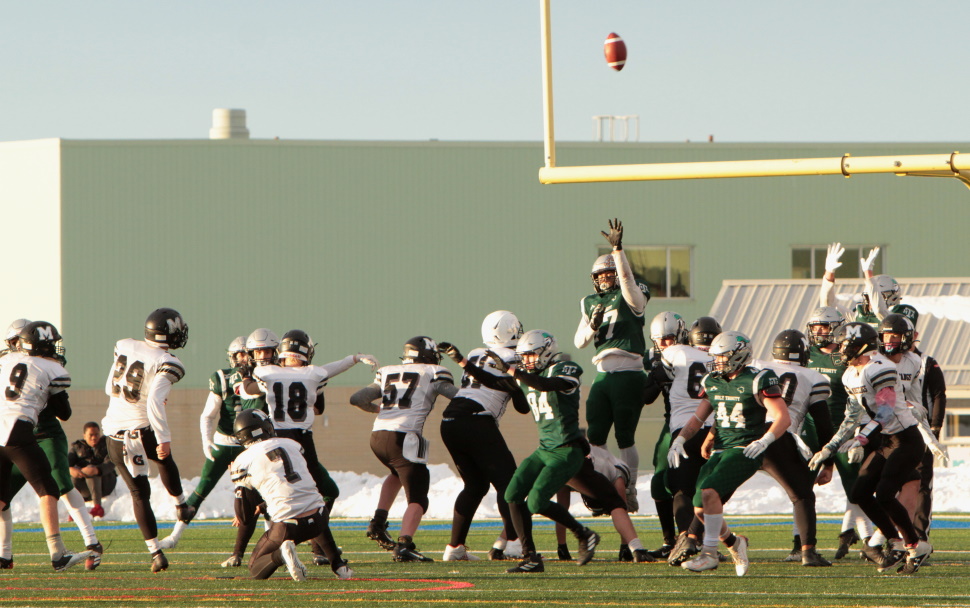 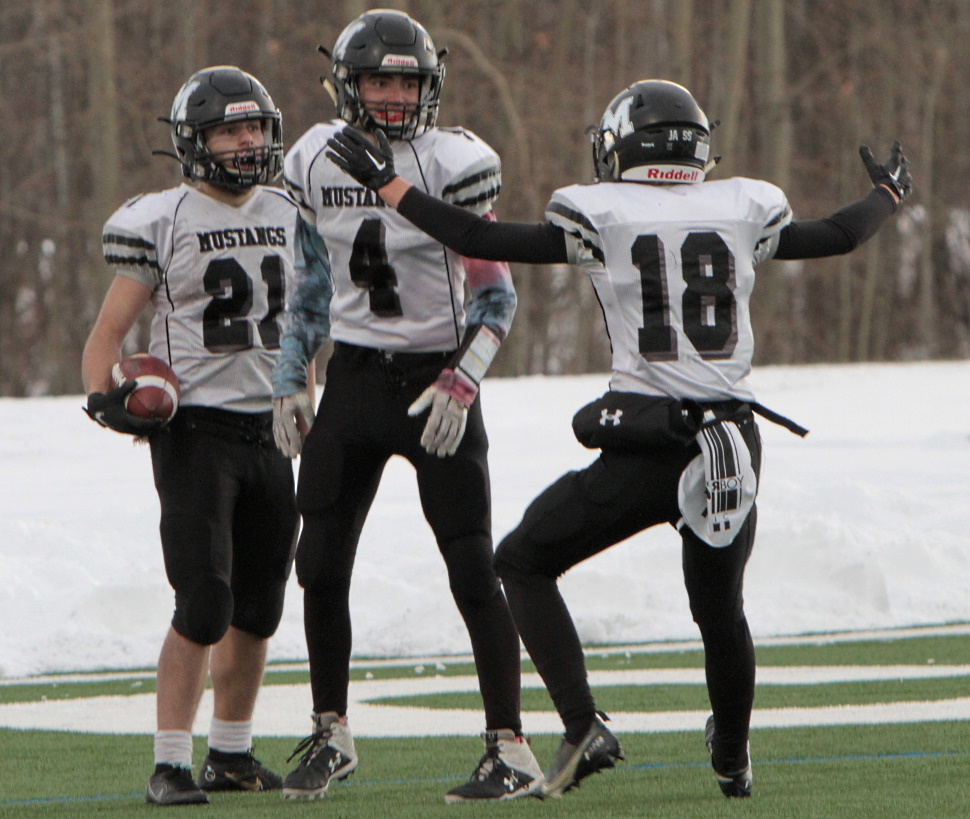 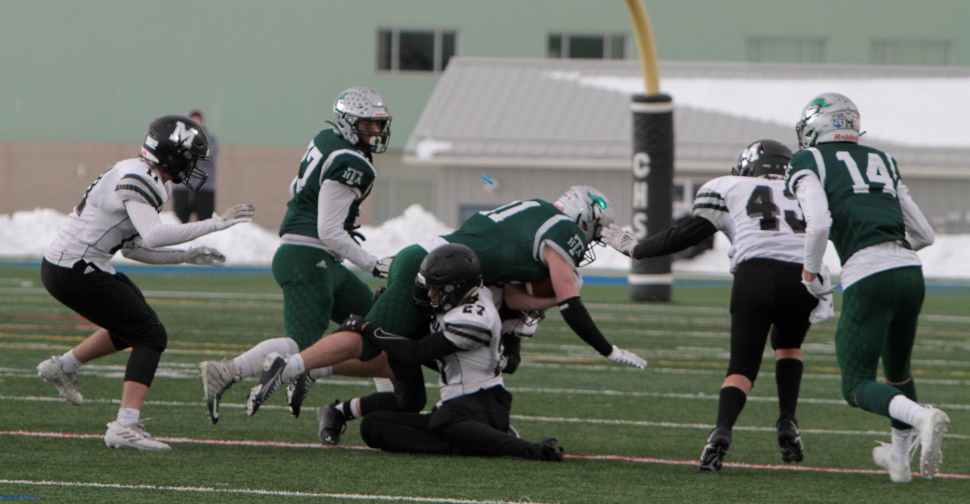 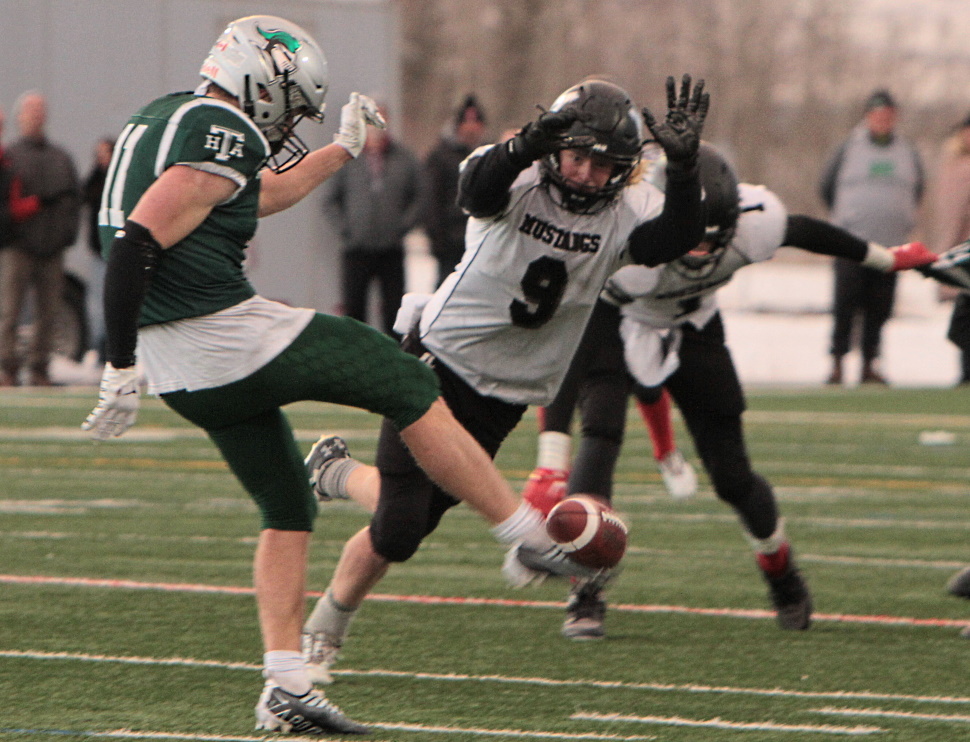 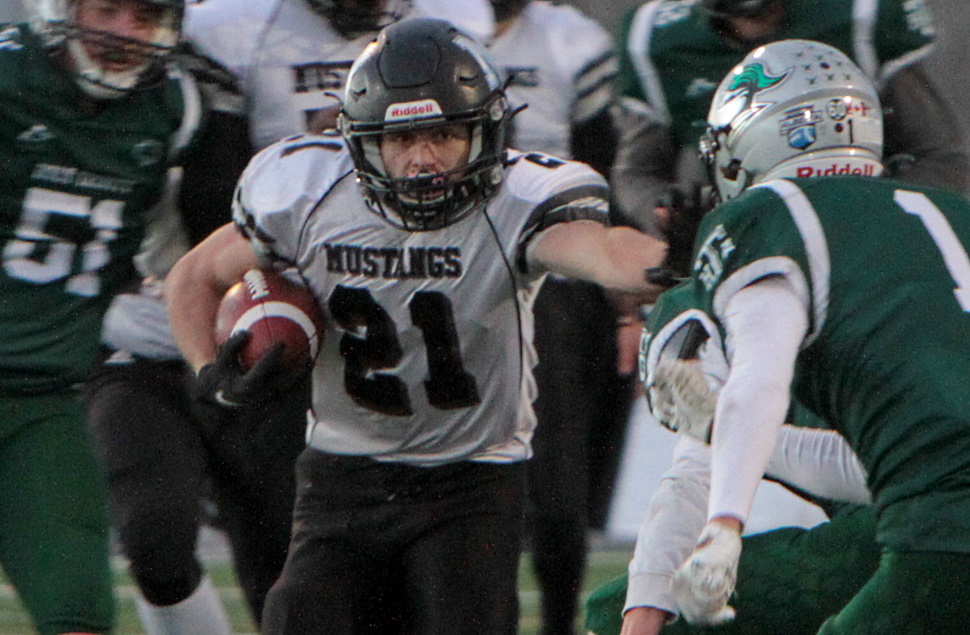 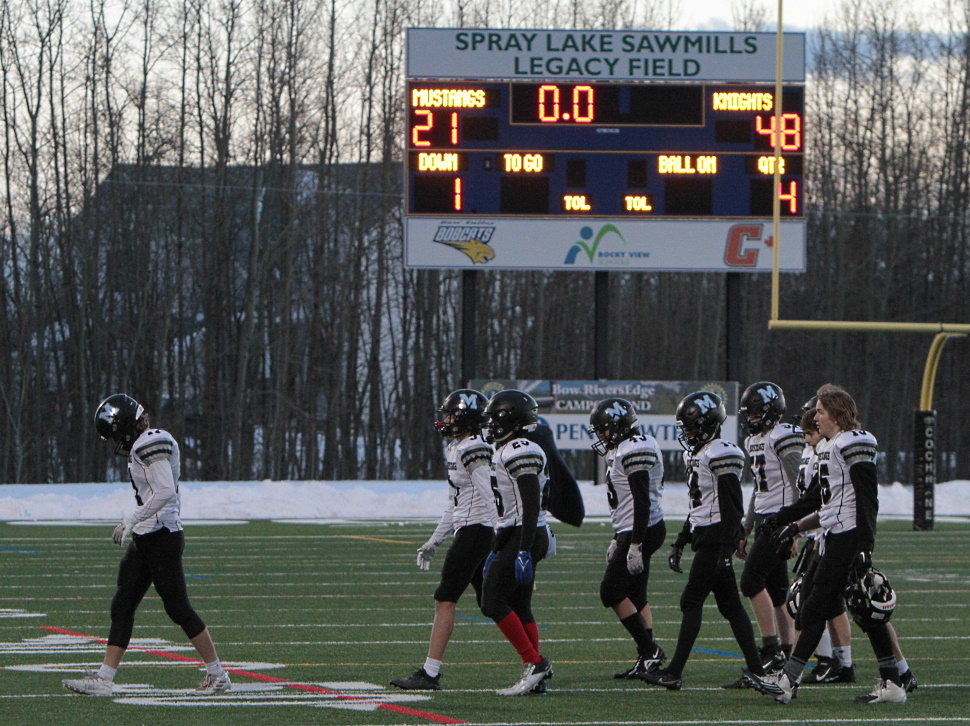