It's called The Dancing Princesses and will feature fairies, trolls, villains, duchesses and princesses with a cast ranging in age from five to adult.

Mollie Casselton who plays one of the older princesses says each show will be a bit different and they get the audience involved with each performance.

Casselton says "I think the cool thing about this year's performance is that there's really something for everyone. There's the princesses for the little kids and there's the music for the people who just want to be involved as a good family outing because there is something for everyone. There's the romance with the love interest but there's also the mystery behind why all the princesses are always dancing.

There's some funny numbers, rock numbers and some ballet.

The play will be held at the Cochrane Ranchehouse Theatre starting tonight (Friday).

There are eight shows in total. 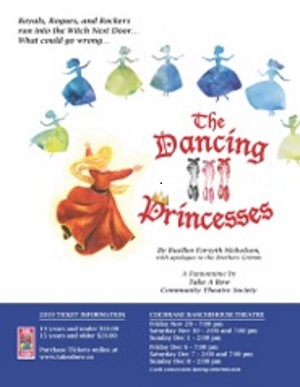