The 'Out of School Care Kids' with the Boys & Girls Club of Cochrane and Area will be climbing to new heights this year!

The kids at the 5th Avenue location were surprised with a brand new indoor playground when they returned to the club from winter break.

Maureen Top is the Manager of Licensed Programs with the local Boys & Girls Club and she says that it was a treat in itself to see so many excited faces when they made the big reveal.

"If only we could have filmed their faces!" says Topp. "It was pretty exciting not just for the kids but for the staff. The kids had no idea we were building it so we had this one kiddo who the staff said just sat there with his hands on his hips shaking his head saying -I can't even believe I'm seeing this right now."

The downstairs space now houses four climbing walls, a number of rope ladders, gymnastics rings, a fireman's pole as well as monkey bars. Topp says that a lot of thought went into creating a fun space for a wide age group.

"We have children ages five to twelve attending the space," says Topp. "So it gets well used by all ages and there was a lot of thought that went into that age range when we designed it."

Adding the new indoor playground has been a project that the Boys & Girls Club has been working towards for a couple of years. Topp says that thanks to funding from a community grant and some extra time, they were able to make that vision a reality.

"We applied for a matching grant through the Town of Cochrane last summer," says Topp. "It's actually been a project that's been in the back of our minds for the last two years but finding the opportunity when there are no kids in the space to actually bring it to fruition has been a challenge."

The playspace was created over the span of two weekends during the winter break. Topp says that in the future, once COVID restrictions are no longer in place, The Boys and Girls Club is looking forward to being able to rent out the space for birthday parties, allowing even more members of the Cochrane community to enjoy it. 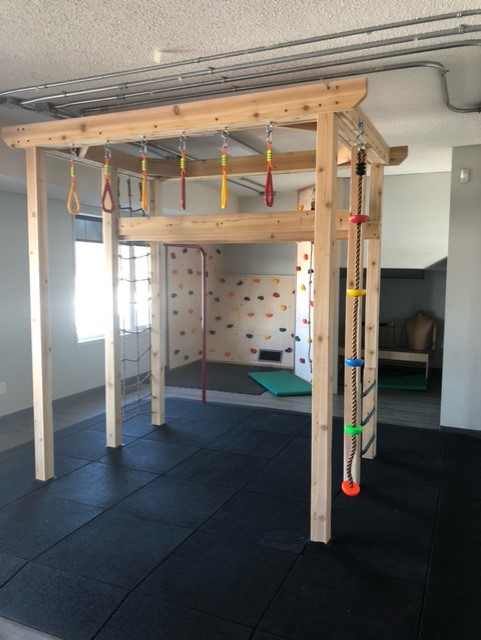 Blake Richards, MP for Banff-Airdrie is inviting folks to enter a contest to promote local businesses and charities