Momentum is building for Sydney Mae's first new single in years with over 21,300 streams in the first 10 days of its release.

The song "Feet First" was recorded in both Toronto and Nashville and has been included in a contemporary blend on Spotify and has since been picked up by Stingray. It's also available on the Amazon and Apple streaming services.

"It's been really, really cool. Obviously, it's been a while since I've released music, so for this first one that I've released to really have this big of an impact feels crazy to me and I feel really connected in a not-so-connected world right now."

The 19-year-old award-winning musician and songwriter spent many years in Cochrane honing her skills and establishing herself in the country music scene. She finished high school in Calgary after her family moved there.

Co-written with Allie Moss and Bess Rogers, the song speaks to a difficult transition faced by Sydney.

Sydney says it's an extremely personal song she wrote as an ode to Nashville.

"Nashville has a really a soft spot in my heart, but it's a very competitive place, and there are definitely some things about it that are scary and a little bit hard to get used to."

Yet she doesn't frown upon her time there and views it as part of her journey; that it's OK.

"Sometimes, even if it feels like a failure that you didn't stay where you wanted to be, it doesn't mean that it's not a win getting you to where you need to be."

"I wanted a universal way for people to feel that with themselves, to be able to communicate that just because it feels like a loss, doesn't mean that it was. Sometimes it's a victory and it just feels like you lost something you had your eyes on, but you didn't know what you needed. That's kind of the story of the journey I've been on for the last year."

"I feel like everything has worked out in a really cool way. Even though the pandemic has been horrible to everybody, I definitely couldn't have chosen such a great path for myself."

Sydney has been based in the Toronto area for a little over a year since returning from Nashville because of the pandemic. She recorded her vocals in a recording studio just outside of Toronto, and Rogers completed the production in Nashville.

She says the pandemic has been hard on artists longing to perform their music live. On the upside, she admires how we've been able to overcome distancing.

"Through analytics, I can see all the cities and the countries where people are streaming my song. It's so cool to see, in a time of lockdown and no physical connection with people and not being in-person with people, how things can still grow and the tools that we have at hand to be able to still remotely communicate and connect with people."

She speaks highly of her writing partners. Moss is currently based in New Orleans, and Rogers is in Nashville.

"They pretty much took a chance and wrote with me on Zoom once, and we've been getting together every two weeks since last year."

"I couldn't believe they would even consider it, but they definitely have been so incredible. They are two of my greatest friends at this point."

"I haven't met Beth or Allie in person yet, and they're two people that I feel I'm very connected with. We write constantly, and they know a lot about me. It's very cool to be that connected to people you haven't seen in person, and to be able to create a project like this that I think is of great quality."

Sydney first appeared on stage at age 11 in Fairview. She was an emerging talent in the country music world, receiving praise and awards along the way.

While her voice was strong for her age then, its maturity is demonstrated in her new song.

"I feel really good about where my music is and where it has gone. It feels very comfortable, and I feel like I'm definitely finding myself and what my sound is like and where my vocals fit most comfortably."

Sydney has just completed the vocals for their next song, entitled "Lucky Am I." It''s in the same contemporary vein and is another honest story about somebody in her life.

"It's going to be cool to see the progress of this kind of production and writing with these two girls. We're going to do it again, and see if it works a second time." 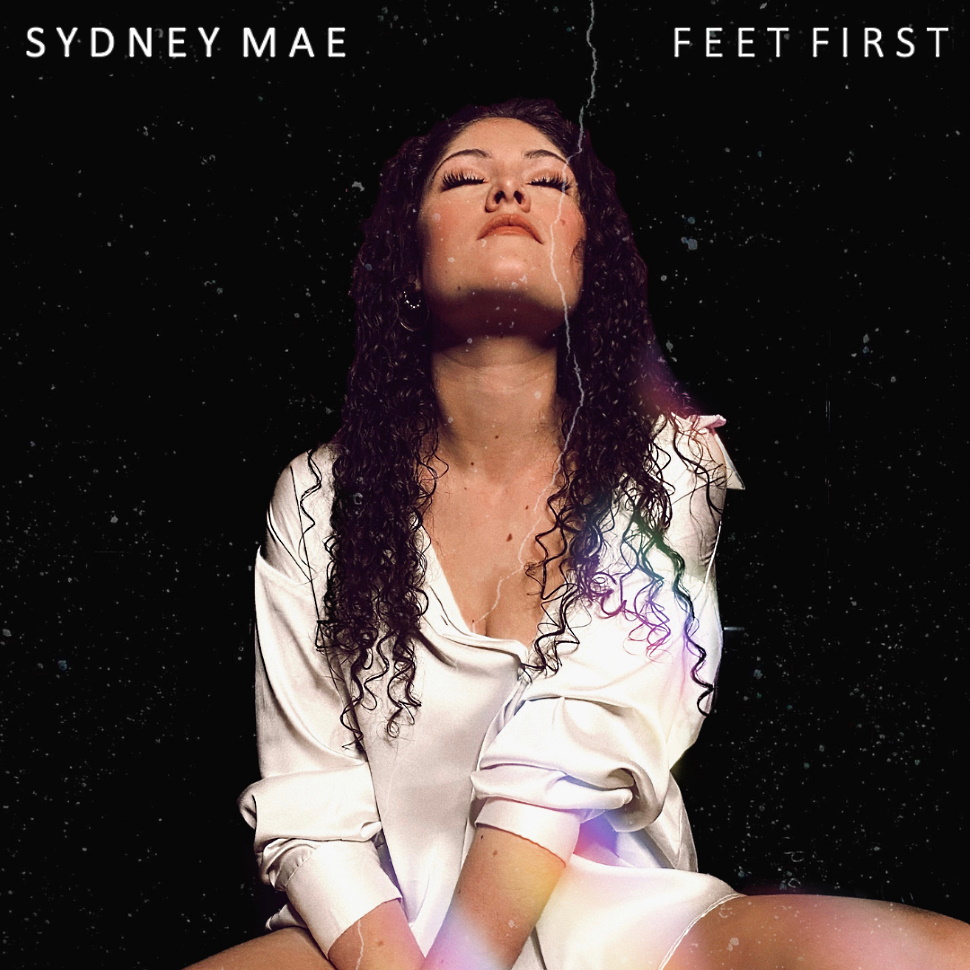