Today's groundbreaking of Greystone marks another significant milestone in the evolution of Cochrane.

The reclamation of the long-time aggregate operation near the heart of Cochrane is another major repurposing of industrial land from years gone by, and in some ways similar to the importance of rehabilitating contaminated land to create the now vibrant Quarry commercial district.

Josh Hagen, vice-president of development for Burnswest Properties, says it's a moment they've been anxiously awaiting after years of planning and public engagement. He calls it the most spectacular project he has ever worked on.

"Not very many municipalities have the opportunity to basically reclaim and build out a brownfield site of this size," says Hagen. "One hundred and fifty acres next to the Bow River, next to a 325,000 sq. ft. major sports facility is just fantastic. That in itself is unique."

He says it will offer a wide range of residential living, from single-home residential to high density, as well as commercial and light industrial.

"So it really offers everything and it truly is work-play here. To be able to walk to work, to play at a large regional sports centre and on other play structures within the community is pretty special."

The development will generate long-term employment with a vibrant future main street and the introduction of a new grocery store and hotel.

"I know how difficult it is attracting new hotels to a community. It doesn't happen every day, especially coming out of COVID, but we know that Cochrane is in need of additional hotel space, so we're excited for that use to be coming. especially so early on in the development and in support of the rec centre across the street."

Neither the name of the grocery nor hotel companies involved have been announced at this point, although at the ceremony he confirmed an agreement had been reached for the hotel. Hagen says both of those announcements may come as late as this fall.

SLSFSC CEO Blair Felesky says Greystone holds nothing but good for the community and the sports centre. He says the hotel is a welcomed addition for centre users.

"I always wished one was in the nearby vicinity because we know the challenges of the locations of the hotels in the community," says Felesky.

"It's going to be wonderful for hockey tournaments, swim meets, and curling bonspiels."

He says SLSFSC is currently surrounded by undeveloped land and once this built-out happens it will be in the centre of the community.

Hagen paid tribute to the vision and passion of Jeff Burns, who passed away on March 6, 2021.

"We would never be here today celebrating this moment if not for the late Jeff Burns. I miss Jeff, I know we all miss Jeff. He was such an instrumental port into what makes Greystone so special. We're looking forward to celebrating him and his legacy through this development moving forward. I know he's looking down at us today."

"I'm very excited for this day," she says. "I've been hearing about it for years from Jeff and it's now starting to come into play."

The 2022 program has three phases. The first phase includes several commercial uses. The second phase is a 129-lot subdivision of single-family and duplex lots. The third phase includes a higher density, stacked townhouse, condo-style development, and right next store to that is the hotel site.

The gravel pit was originally operated in the 1950s by Batra and included an asphalt plant. Burnco became the operator in the 1980s and the asphalt plant was replaced by a concrete plant.

Onsite reclamation activity commenced in 2019 and continued until the end of 2020. In late 2021, Alberta Environment issued the reclamation certificate for the property.

Burnco Rock Products Ltd. was recognized with the 2022 Award of Excellence from the Alberta Sand and Gravel Association for the reclamation project. 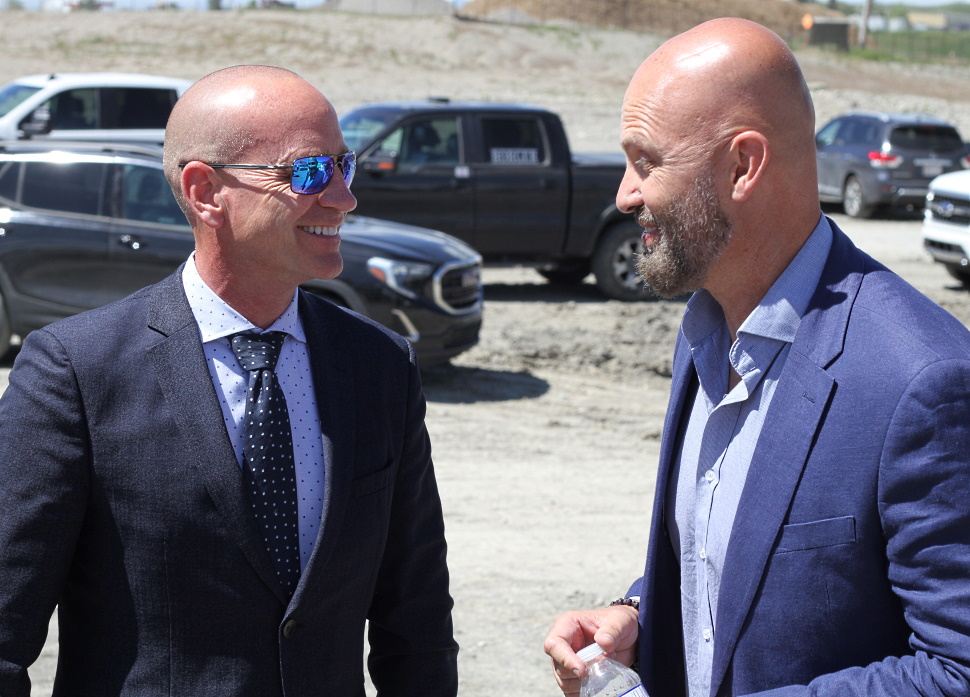 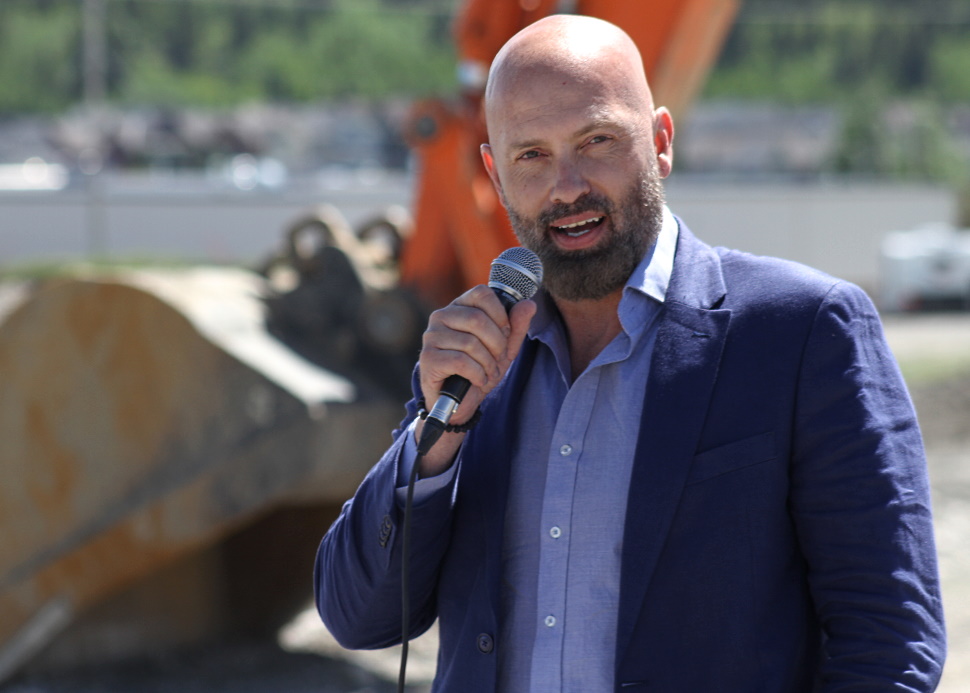 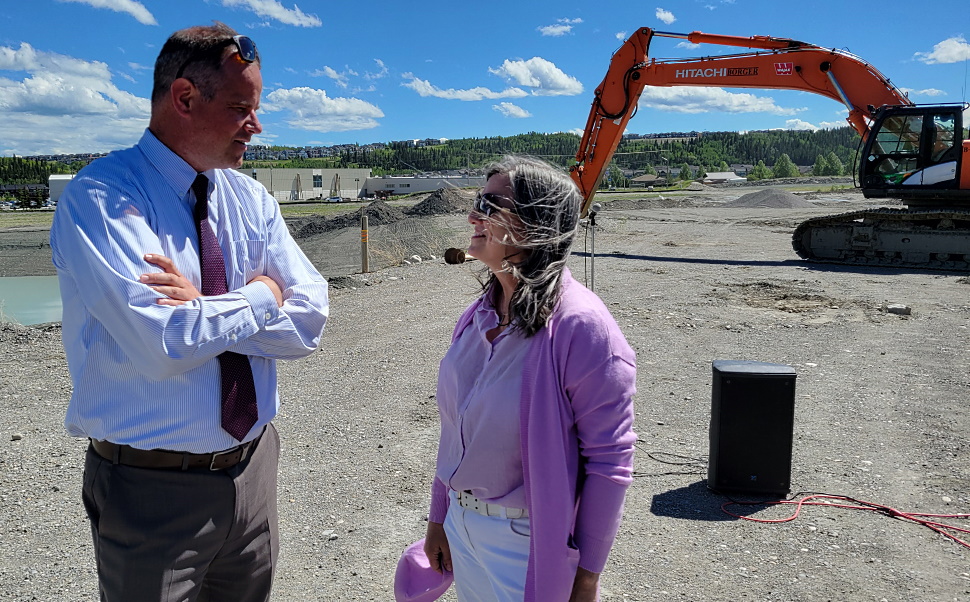 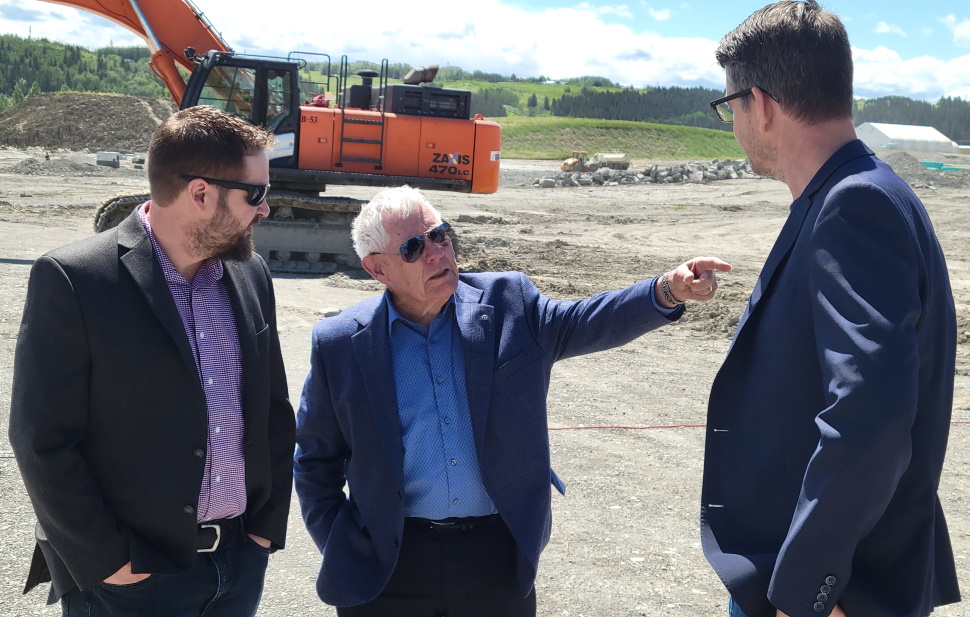 PODCAST: Kids excited to get arrested this summer

Bike Parade just one of the highlights of Canada Day celebration