Cochrane now has a Junior 'C' hockey team to give U21 players another opportunity to continue to play competitive hockey.

Affiliated with both minor hockey and the Jr. 'B' Cochrane Generals, the team is coming off a pair of ties last weekend and hosts the McKnight Mustangs this Friday at 8:45 in Totem 3.

Head coach Craig DeCoursey says Cochrane games are all on Friday night, typically at 8:45 p.m. at Totem 3, but last week they got moved into Totem One to play Chestermere. Cochrane had a one-goal lead late in the third until Chestermere came back to tie the game in the dying minutes, 3-3.

The Gens had a comeback of their own last Sunday against the Bow Valley Bruins. Behind 6-2, they scored four unanswered goals to end the game in a 6-6 tie.

The Generals are part of the 10-team Hockey Calgary league. DeCoursey says it's the largest number of teams ever in that league.

"We're absolutely thrilled to be part of Junior 'C' Hockey Cochrane. It is something the boys have wanted for, I think, a few years and thankfully we've been able to put it together and have a team," says DeCoursey. "It's fantastic for the community."

"The thing about this league is it's competitive--it's highly competitive--and it's a place for the boys that still want to play with that competitive fire and have the bodychecking component."

It also doesn't have the same huge time commitment as some other junior hockey leagues. They play an average of 1 1/2 games weekly and practice once a week, so it doesn't interfere too heavily with their work or studies.

The team has a full roster, and they're also getting great crowd support.

"We've filled Totem 3, so they moved us to Totem One today (Nov. 4), so hopefully, we can keep bringing out more fans and more people," he says.

Currently, Cochrane's Alexander Aguilar leads the league in points with 12. In the goals department, Cochrane's Daniel Pare is tied for first with seven. Goalie Clayon Blondeau is third in save percentage, sitting at 0.925 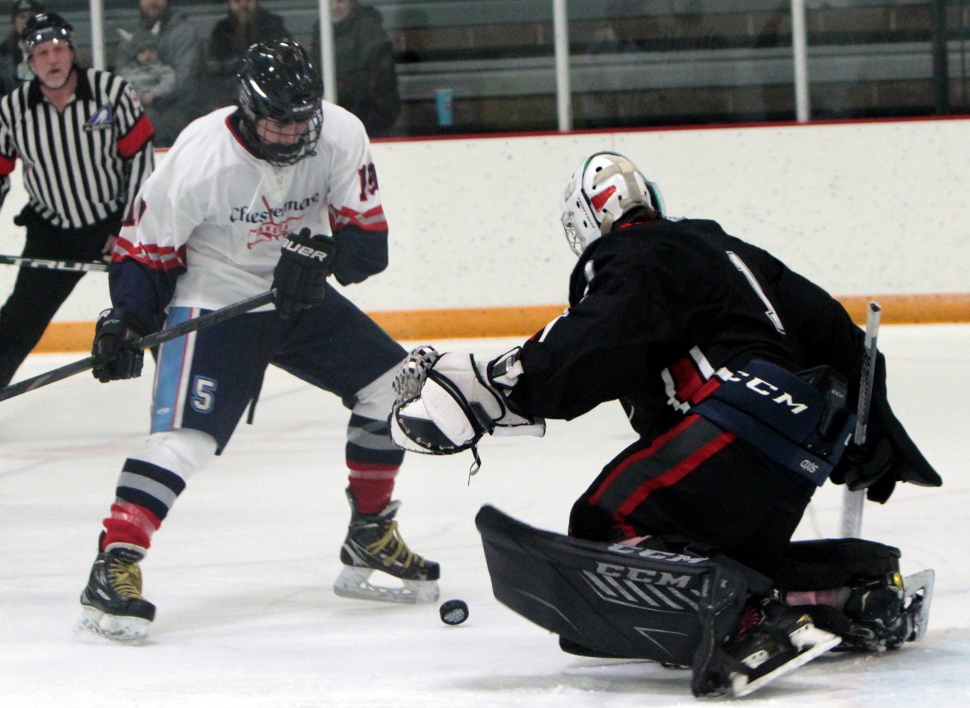 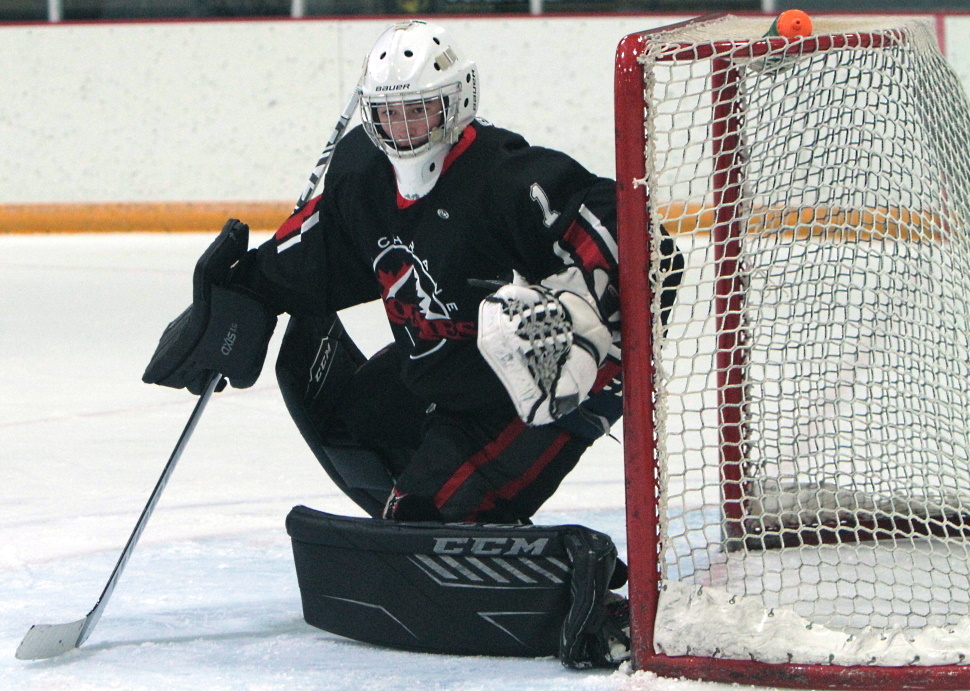 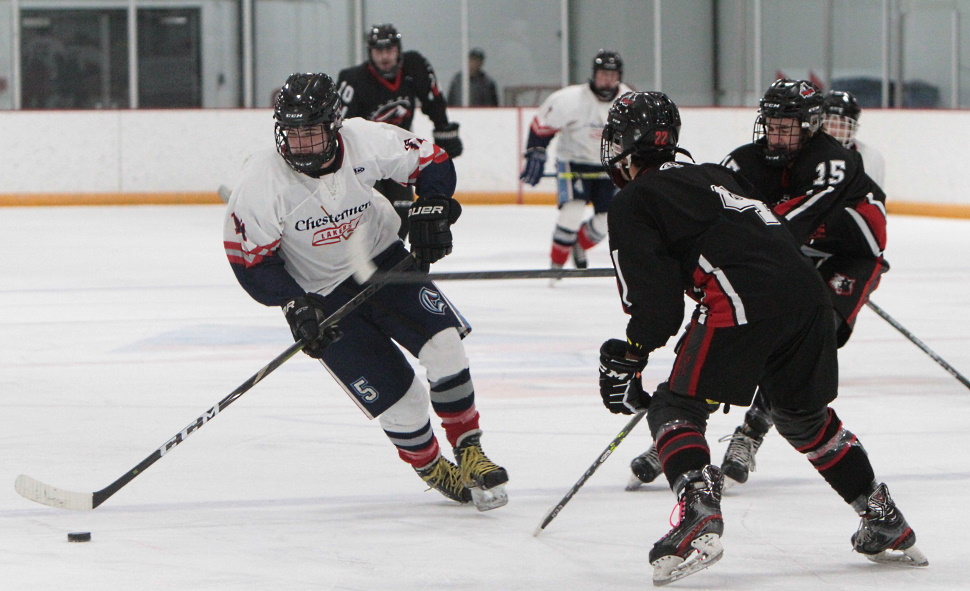 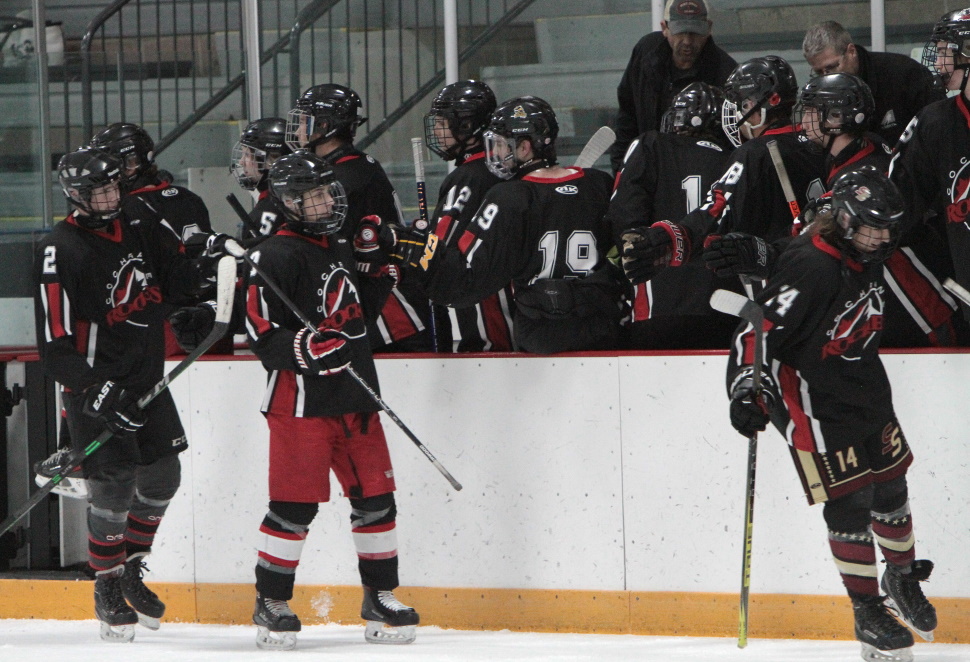 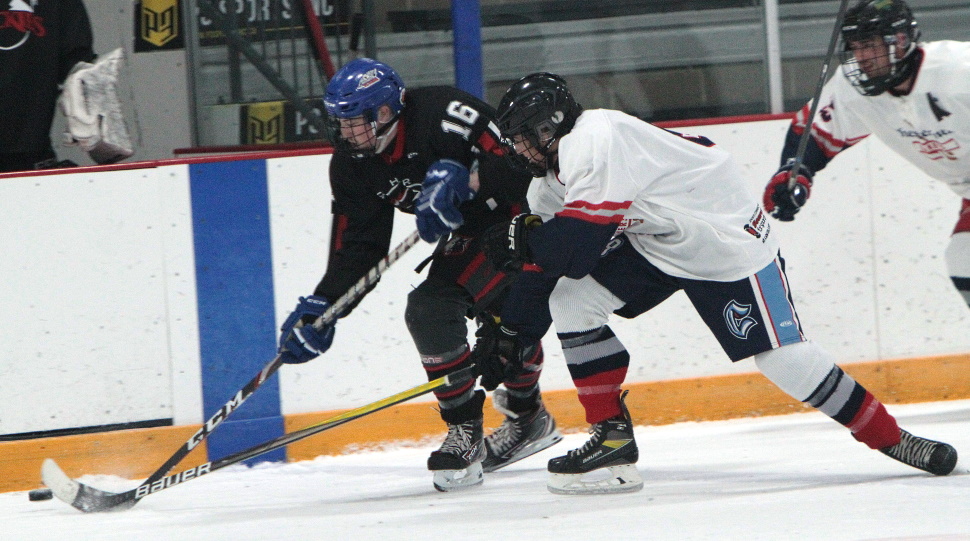