Fast forward to the present day, there is a spirited determination to thrive as a village and part of that is the result of a renewed understand between the village and Mountain View County.

On Aug. 24, county and village officials signed an Inter-municipal Collaboration Framework Master Agreement and are continuing to develop subagreements to further enhance their relationship. Work is already progressing on many of their subagreements on shared services, programs, growth management, planning and Family and Community Support Services. Cremona may only be a village of about 450 people, but it provides many services for those who live outside of their corporate boundaries. In turn, the county has resources, such as a fire and emergency services, they can share with the village.

Both County Reeve Bruce Beattie and Cremona Mayor Tim Hagen speak highly of the renewed cooperation and collaborative spirit of the agreement and said they've learned much about each other during the course of discussions.

"I'm really pleased that we've come to a point where both councils have said, 'Yes, this is good for both of us'," says Mayor Hagen, recognizing there's much work left to do on the subagreements.

He also believes joint grant submissions by the county and village will hold more weight with the provincial and federal governments because of the number of people impacted by the funding.

Reeve Beattie said the previous agreement was 'long in the tooth' and the new one is more in line with the provincial government's call for better cooperation between municipalities.

"We've seen the writing on the wall from the rewriting of the Municipal Government Act, and recognize there is going to be a requirement for collaboration. It makes complete sense and we thought we should get a good start at it. I think it has been a very useful process."

This is Mountain View's fourth new master agreement with municipalities. Of their major centres, the only outstanding master agreement is with Sundre and at this point will have to wait until after the upcoming municipal election.

"We will be much more successful working together in a colloraborate way rather than trying to compete, whether that's economic development or long-term planning for residents.  We want to avoid those situations," says the reeve.

"This agreement will just solidify the future of the Village of Cremona in the county and I believe that's a really positive aspect of this whole idea."

Relationships between the county and the village were uneasy in the past, but that seems to have changed.

"We didn't have the best relationship with the previous administration in Cremona and the new council, under Tim's leadership, has really demonstrated how we can work together and how we can find common ways to work together."

Mayor Hagen says Cremona has come a long way since the viability study completed by Alberta Municipal Affairs and the sorry state preceeding their 2013 election. The 27-year resident of the community says he has always believed in the village and believes past councils could have done more.

"We've done a lot and the unfortunate part is if past councils would have done just a little bit more than they did, we would have been able to do more now."

"When I was elected I totally believe it was viable and in the last three and a half years you can see it is viable."

"With five you don't have two people going against one," explains Hagen. "All I ever ask council to do is to vote for what they think is best for the village, not personally or anything like that. Our council has been really good because they can disagree on one subject then go on to the next subject. They don't take it personally."

Like all other communities, Cremona is gearing up for fall elections and most members of the existing council have indicated they intend to run for another term, including Mayor Hagen.

Facilitator Bill Sutherland helped lead the discussions between the two parties and has been part of the other inter-municipal agreement discussions involving Mountain View County. 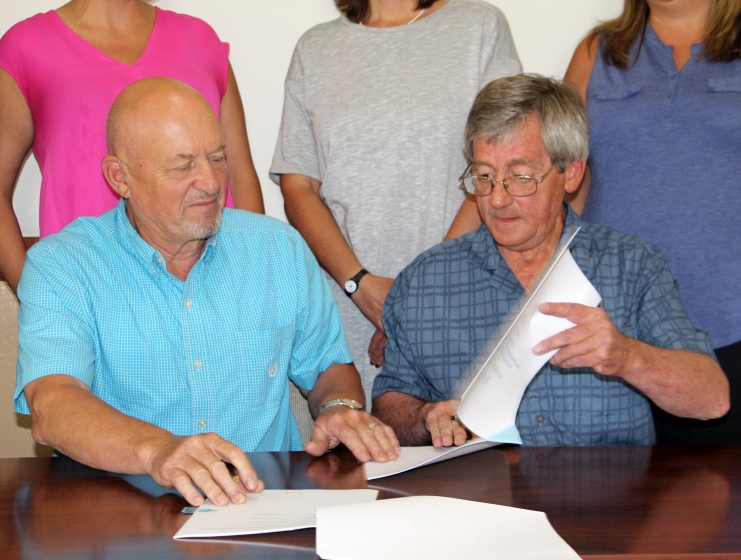 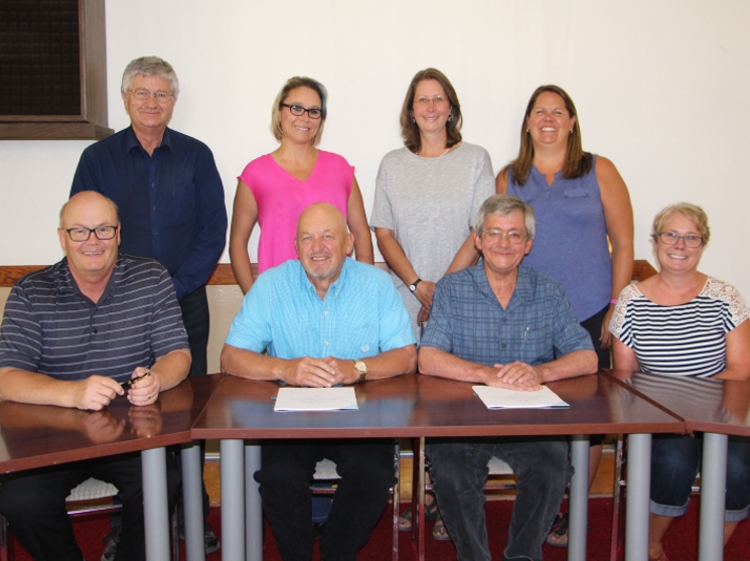