Mayor outlines details of $12.9 mil upgrade to Hwy. 1A

Last night, Mayor Jeff Genung revealed details of a $12.9 million enhancement to Hwy. 1A  to improve traffic flow along Hwy. 1A and complete the long-anticipated alignment of 4th Ave. to 5th Ave.

It will begin in the spring of 2021 and is expected to take one year to complete.

When completed, there will no left turns on to 2nd or 4th Ave. from westbound Hwy. 1A.

Genung grew up in Cochrane and remembers first hearing that upgrades to the provincial highway were on their way when he was 16. He's now 52 and believes it's time for Cochrane to take the lead.

"With this project, Cochrane is controlling its own destiny. We are working on an Alberta Transportation design that they have had in place a long time, and we're going to control the timing and the construction of this project."

"We said we were going to do things differently," he added later on. "This Hwy. 1A project will put everything on its head."

Financial details will be laid out at the Nov. 9 council meeting when a draft debenture borrowing bylaw is scheduled to be presented. Based upon the information provided last night, indications are $7.6 million will eventually be covered by off-site levies and the remaining $1.8 million will be paid by ratepayers.

Complementing this project is the town's previously announced phased approach to upgrading Centre Ave. In 2023, it will be expanded to four lanes from Hwy. 1A to Railway St.

What won't be included is a second over/underpass across the CP mainline. If it is to be built at all, it's at least a decade away.

Genung says the town has extensively examined the construction of an underpass through the downtown core, and until recently it was part of the town's 10-year financial strategy. It's estimated to be a $50 million project and the engineering required for its completion would scar the appearance of the Historic Downtown.

He says the town will continue to search for a solution, though, and take into consideration actions taken by other communities faced with a similar situation.

Using graphics and photographs, Genung reviewed other town road projects recently completed and those in the works, including the completion of the James Walker Trail and a second exit from the Sunset Ridge neighbourhood. A brief video provided an overview of the Hwy. 1A project.

In his presentation, Genung likened each project to a piece of the puzzle to improve traffic flow in the community. He admits, even when these projects are completed there will still be many pieces to add.

Numerous questions by viewers were answered, most of them traffic-related. Questions spilled into other topics including the upcoming town budget deliberations. 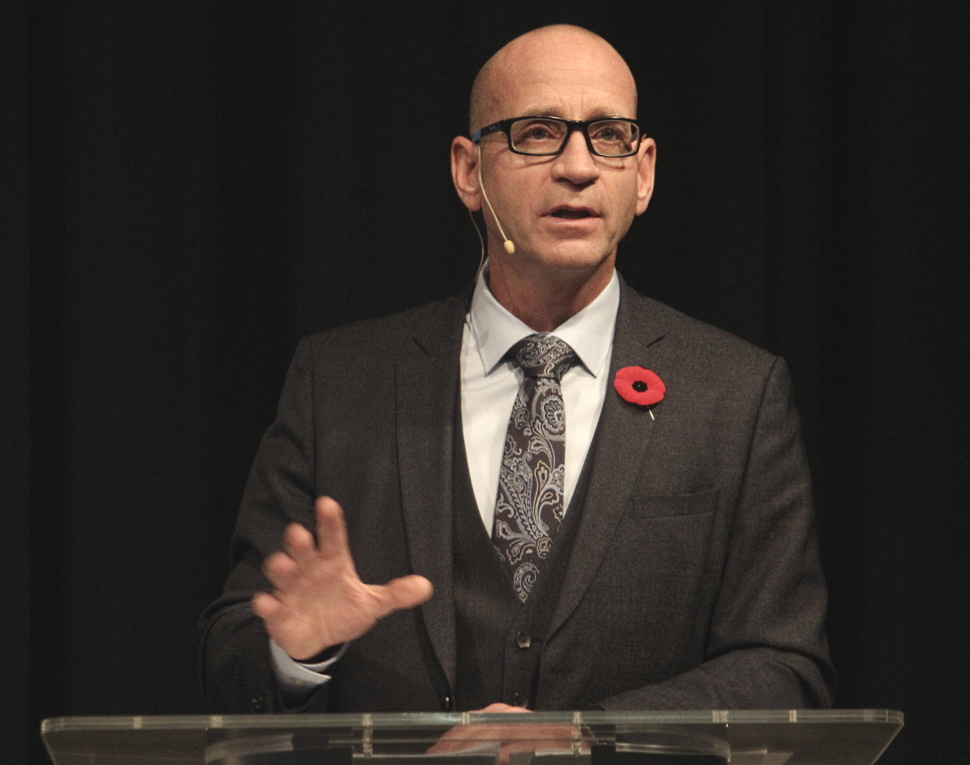 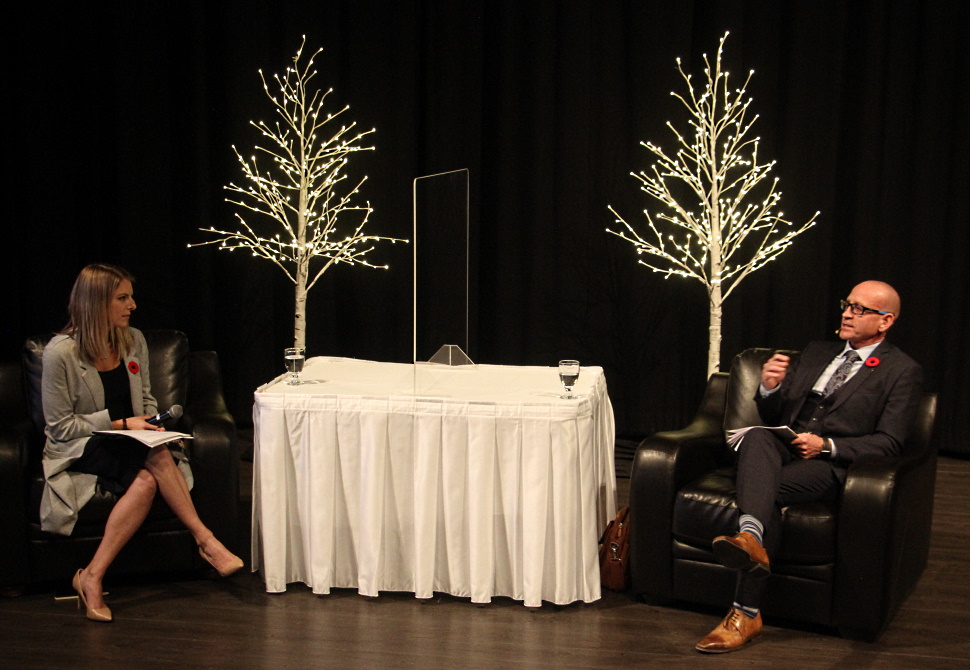