Shoot on the Bow returns in July

Interprovincial darts are returning to Cochrane.

The Shoot on the Bow darts tournament is officially sanctioned by Darts Alberta, and put on by the local darts league, the Cochrane Mixed Darts League.

While being sanctioned by Darts Alberta the event is drawing interest from the neighbouring provinces of British Columbia, and Saskatchewan as well. Being sanctioned means that valuable ranking points will be up for grabs for competing players.

The tournament will run from Friday July 8th through Sunday July 10th at the Cochrane Lions Event Centre, and will be open to the public.

Not just anyone can host a tournament however. President of the Cochrane Mixed Darts League, and Shoot on the Bow tournament director Ellison Smith says that the League was approached a few years back about hosting a tournament.

"One of the criteria for Darts Alberta to be able to host a ranked tournament is to have 100 plus participants, and this is how it started a few years back, we had between 100 and 120 regular participants year in and year out and then they proposed to us that we could do a ranked tournament and we got the ball rolling from there."

Events within the tournament include Men's and women's singles and doubles, a mixed doubles event, as well as a blind draw event, where partners are drawn at random.

Smith hopes that the tournament will help to continue to grow the sport in and around Cochrane.

"Just, awareness that darts is a sport out there and there is a high participation. There may be drawing a few new players that want to take up something new, and just show the local community that we have a strong dark following here in Cochrane as well." 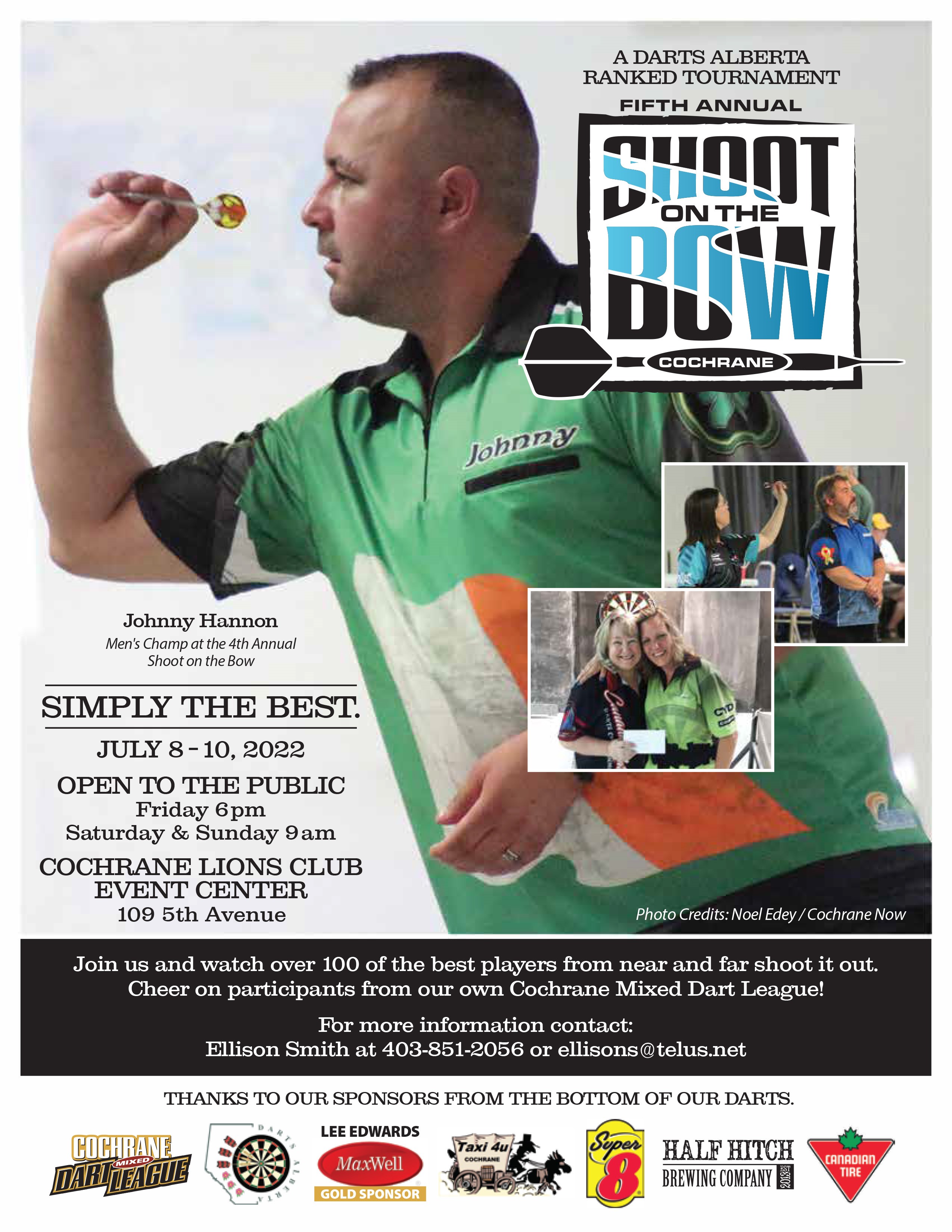