Mohammad Bhuiyan has been a Cochrane resident for about eight years when he decided to take in a family of seven from Ukraine.

Originating from a different country himself, Bhuiyan says that his own experiences initially gave him the idea to act.

"I also came from a different country to here in Canada in 1999 and I was a student and I saw basically how difficult things were at that time, especially for any student and then transitioning to the Canadian environment and getting my PR and citizenship work. These people are missing families."

Bhuiyan says the final motivating factor came from some self-reflection.

"So that kind of motivates me to think of what option has God-given to me and if I'm in that situation if someone does something good, what would that be. So, I was kind of thinking to myself, and then also looked at myself. I felt like God has given me enough, and I think I have the capability, it's just how I maximize it to get the value or give someone a little bit of comfort."

So Bhuiyan reached out to members of the town council, but after not hearing back after a few weeks, Bhuiyan began to lose hope until he discovered an organization in Calgary that was connecting Ukrainians to sponsors in the area.

After answering a few questions regarding his capacity to host a family, Bhuiyan was told that there was a family of seven ready to come to Canada in a few days, which was surprising, and alarming to Bhuiyan because he had renovations in progress at his house.

"I was like, oh, that's really short notice. I was expecting maybe at least two weeks or three weeks by the time they come, so I could finish the work, and then prepare everything that is needed because I didn't have everything at home at that time. Knowing that for two to three days I was like OK, what are the things at my home that needs to be completed? Because I know kids will be coming."

After having his contractor finish what needed to be finished, Bhuiyan realized that he still needed to retrieve the extra beds for his new family. Without having a truck to transport the mattresses Bhuiyan reached out to Cochranites for help over Facebook and after some last-minute heroics was able to secure two trucks to transport the beds.

Still, after all this Bhuiyan needed to pick up his family, and after arriving a little bit late due to having to set up the beds, brought the family of seven back to their new home, where they have been living for the past month.

Bhuiyan says having them here makes it seem like family is near.

"I think it is really great. I was living by myself and then the moment I guess I brought them in, it seems like another family is here. Because some of my family members live in Bangladesh, in U.S., and London... I guess having them here I feel really relieved somehow at least that I was able to make little difference, giving them a little comfort."

The mother of the family Violetta, says that their experience in Canada has been a positive one so far.

"In Canada, our family is very happy. We are happy to enjoy such hospitality. Everyone is very welcoming all smiling and wishing us happiness and success in our new life in Canada."

While Violetta says that leaving was hard she believes they were fortunate to have been put in contact with Mohammad.

"For everybody, I think it is difficult leaving our native country, but I think we are very lucky because we met Mohammad, he helps us and supports us and we are very grateful to him as it is not easy to get used to a new country. He supports us as much as possible."

As a token of their appreciation Violetta and her husband, Mykhailo gifted Mohammad with a piece of art.

"The greatest part is he put a Canadian flag on my garage. He painted it and Violetta actually helped because she has a math background. So, he painted it, and she kind of measured all the pinpoints with the number on the paper and I was like wow," says Bhuiyan. 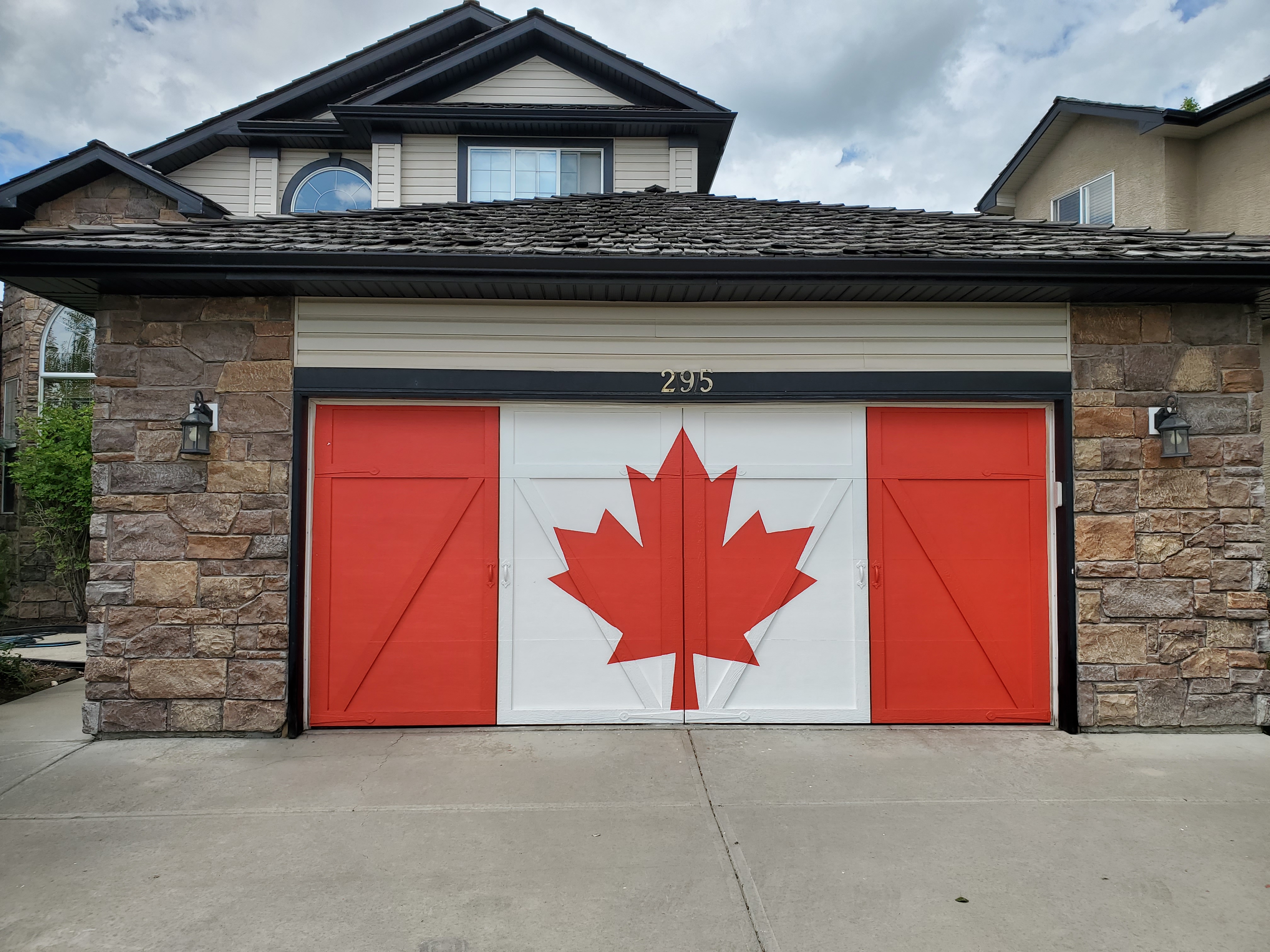