Bragg Creek Trails (BCT) is a non-profit organization consisting of volunteers who design, build and maintain trails and pathways in the Bragg Creek area.

Many Albertans venture to the popular Bragg Creek recreational areas to ski, hike, bike and run throughout the year, and they often forget that area is indeed part of Bear Country. Last week a photo of a giant male grizzly was taken by a jogger in West Bragg Creek, which has gotten a lot of attention on social media and shocked many frequent trail users.

Paul Saunders sits on the Board of Directors for BCT and he says that people underestimate the wide range of wildlife that call the area home.

"People take the area for granted a little bit because it's a paved parking lot with nice bathrooms," says Saunders."You're stepping out into the wilderness there and it's just you. There's wildlife there, from moose that can also be dangerous and bears."

Saunders says that this isn’t the first time a grizzly has been spotted in the area. He says that there's a mama bear and her two cubs that frequently roam near the telephone booth.

Saunders says it’s important to remember that exploring the backcountry isn't the same as taking a stroll on a groomed pathway.

"One of the biggest things we find is that people are very unprepared," says Saunders. "Going for big hikes in flip-flops without  water and kind of just thinking that they're in Fish Creek or something."

Saunders says that since the wildlife around the Bragg Creek Trails isn't monitored by Alberta Parks, it's really up to trail users to be prepared for any type of animal encounter.

"We don't really monitor the wildlife out there," says Saunders "Unless there's an aggressive animal which we haven't actually had out there in my time with the organization. Then that would be reported to Alberta Parks for them to deal with."

Saunders strongly recommends doing your research before venturing into the area. He says you should have a route planned, travel in a group whenever possible, and carry bear spray. 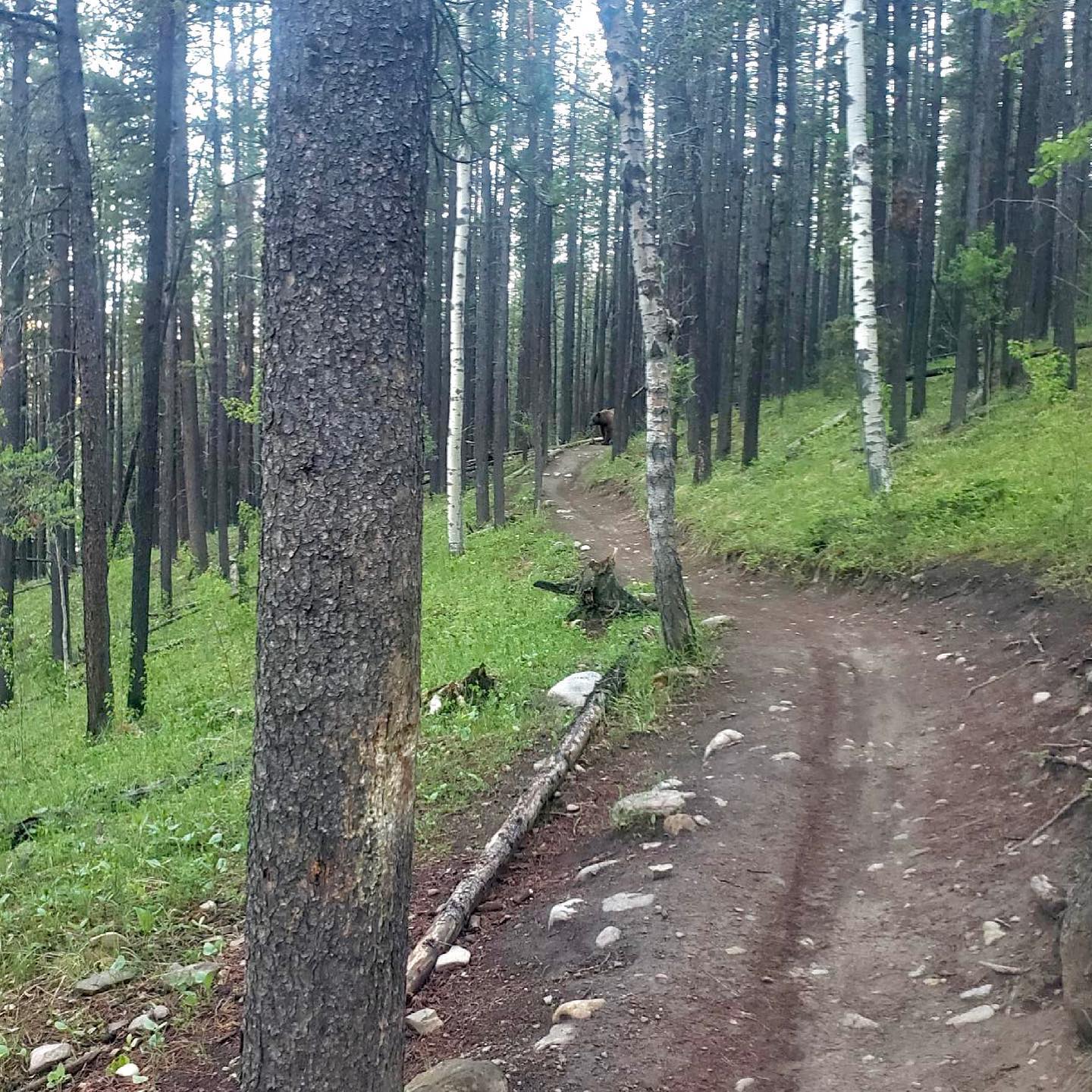 This weekend on the Canadian Country Showcase